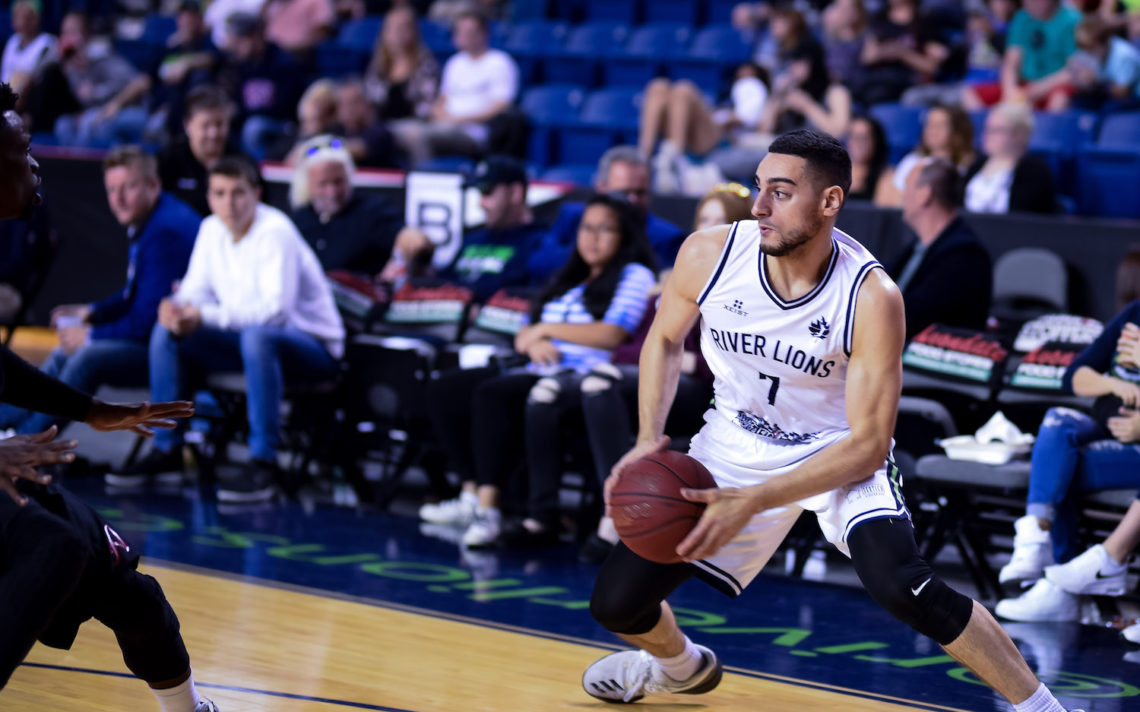 After a seven-game stint last season, Joe Rocca is back of another year with the Niagara River Lions. Photo by MUIR IMAGES PHOTOGRAPHY

Last season, Joe Rocca went from winning a USports national title with the Carleton Ravens to suiting up with the Niagara River Lions of the National Basketball League of Canada.

He landed in St. Catharines after receiving a call from River Lions head coach/GM Joe Raso, who was doing consulting work at the time for the River Lions.

“They had an opportunity for a shooter and they signed me for the last month of the season,” the Sarnia native said. “I got about 15 minutes a game and it was a pretty good situation.”

The biggest adjustment he had to make was that he found pro basketball a little more physical than the collegiate game.

“The skill level is pretty similar because I played at Carleton which is a pretty good,” the 25-year-old said. “The guys were talented there so it was a pretty smooth transition.”

Carleton has won 13 national titles, including seven straight crowns, and has had excellent results in exhibition play against NCAA Division 1 schools.

Rocca is a pure shooter and that translates to all levels of basketball.

“I just came in, played off the point guards and made open shots,” he said. “And I tried not to do too much because I was a rookie.”

He learned a lot in his seven-game baptism into pro hoops.

“You always have to work on everything and ball handling and defence are two of the things I tried to get better at,” he said. “Because it was a little more physical, I got in the weight room.”

“We have a great coaching staff — Joe Raso is a legendary coach — and his son is also a great coach, so I am going to try and get better and win.

“That’s the main goal at the start of every season.”

With the number of Canadians on the 12-man roster increased to five from four, Raso has put an emphasis on signing talented Canucks. He was glad to land Rocca.

“Joe brings us an elite shooter who play with a scorer’s mentality,” Raso.said. “In addition, he is a fantastic rebounder for his position and plays the game with edge. We are excited to bring such a high character, competitive and well-coached player to the River Lions”.

The River Lions open their season Nov.18 at the Meridian Centre against the London Lightning  Season and single-game tickets are available now.