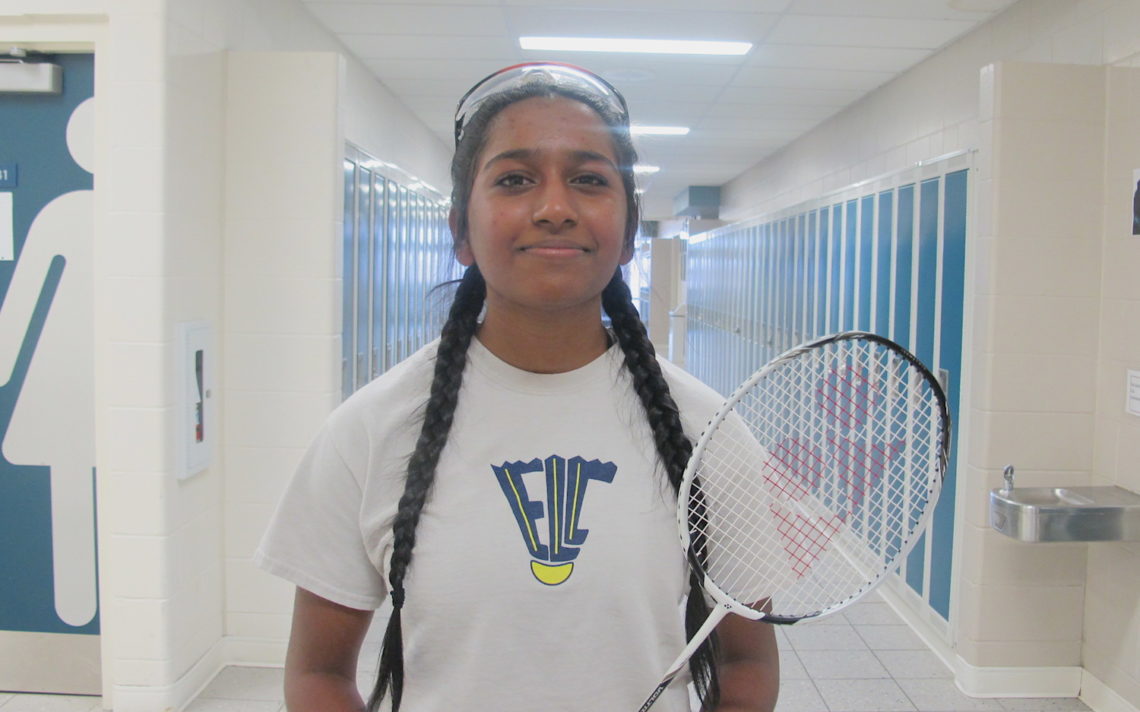 Pooja Senthill finally has it figured out.

The E.L. Crossley student had some difficulty balancing the social aspects versus the athletic components of sport earlier in her school career, but now seems to have achieved the proper balance.

“Pooja is a natural athlete,” Crossley director of athletics/badminton coach Pierre Blanchard said. “Off the court, you won’t have a more fun person to be around. On the court, she’s all business. That’s the part she’s learned from Grade 9 to now. She’s learned to separate that. Now she knows the difference between the two and does very well.”

Senthill began playing the sport in elementary school and then signed up for the badminton club when she arrived at Crossley.

“Me and a bunch of my friends decided to try it out in Grade 9,” she said. “When badminton season came around, we decided to try out for the school team.”

Senthill admits she loves the social aspect of playing sports.

“Most of my close friends are from badminton. It’s me and my badminton buddies.”

Senthill finished third at zone in Grade 9 and third again last year in the doubles.

She was unsure what to expect this time around.

“I didn’t know if I was going to win because I didn’t go to practice,” she smiled. “I’m just trying to keep a positive attitude because I can get down on myself.”

“I just worry about my side. I try to make to make as few mistakes as I can and make them make the mistakes because that’s how you win,” she said.

Senthill, a native of England who has also lived in Missouri and Alberta before settling in Fonthill seven years ago with her family, also enjoys volleyball. She’s been a member of the Niagara Fury club team for the past four years.

“I find badminton easier to make contact with the birdie, but I like the atmosphere of volleyball better because it’s a team sport,” she said. “In badminton you can’t blame anyone else. When you screw up it’s on you.”

The top two finishers in each category advance to the Southern Ontario Secondary School Associations playdowns in Ancaster next week. 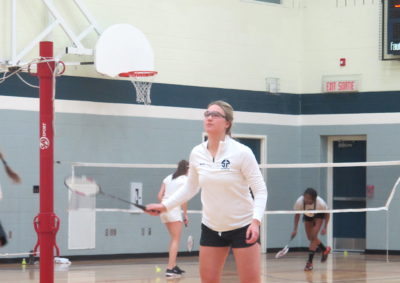 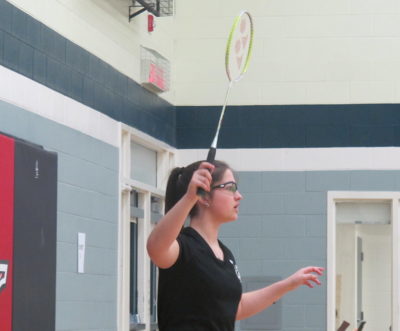