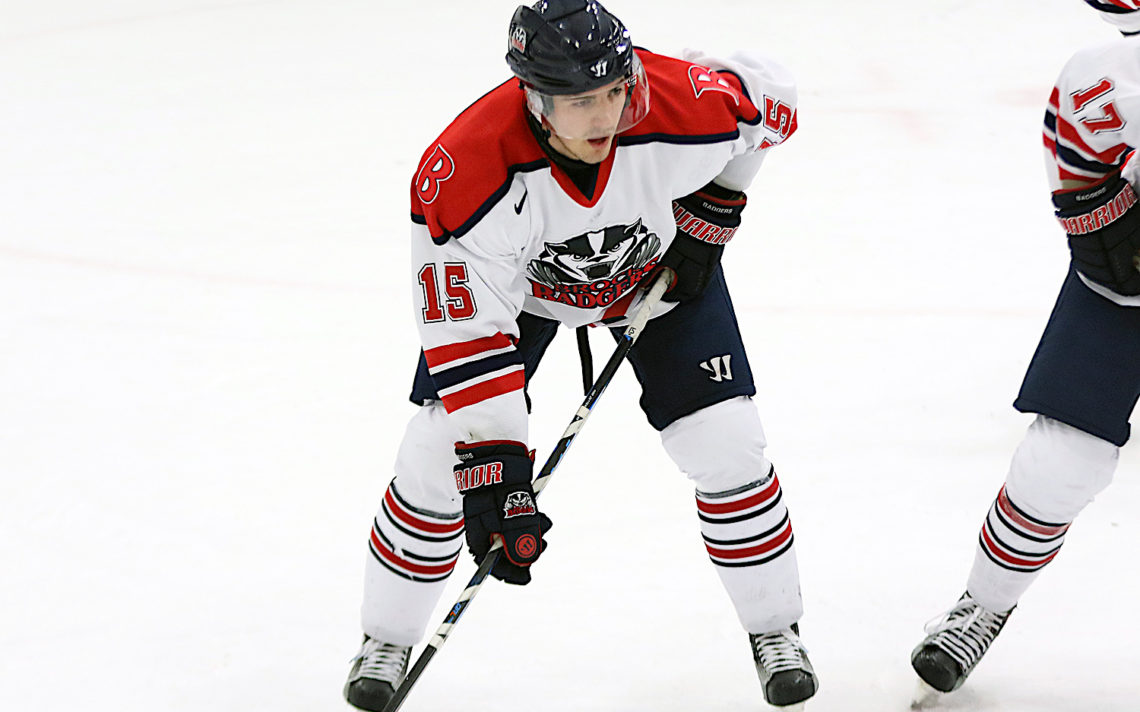 The defence rests with Dexter Weber.

The 22-year-old native of Kitchener native has become a stalwart on the blueline for the Brock Badgers men’s hockey team, a reliable defender coach Marty Williamson has the utmost confidence in to use in any situation.

“I didn’t know much about him when I got here but he’s one of those guys you just count on every single game,” Williamson said. “He is very, very underrated. He continues to make plays for us. I’ve really grown to appreciate his game and how important he us to us. He doesn’t lose battles and he’s so good in his own zone.”

Weber, who is in his second season with the Badgers after four years in the Quebec Major Junior League with Drummondville and Charlottetown, loves his role.

“Since I was a young age, my coaches always taught me defence first and that will take care of everything else,” he said. “It’s a team game. Anything to help out the team. Even just getting the puck out. If there’s no credit, then there’s no credit. It’s a team sport.”

Williamson appreciates Weber’s ability to play extended minutes without it affecting his performance.

“I don’t know if other teams know much about him but he almost plays the last four or five minutes of every game for us and he just doesn’t get tired. He’s got a great engine.”

“I do a fair bit (of working out),” he said. “I have a road bike and do charity rides in the summer. I did a 120-kilometre ride a couple of times and go to the gym and work a lot on cardio.”

Weber feels that part of his game is perhaps his strong suit.

“It’s really helpful. You just keep going. If it’s a tie game in the last five minutes and the coach needs me out there, I can just go and keep going.”

Weber played 26 games for the Cambridge Winterhawks in 2011/12 before advancing to the QMJHL. He joined Brock last season, majoring in sport management.

“I wanted to be closer to home,” he said. “On campus, I liked the feel. It was all together where some are spread out all over the place. I found that was real nice and the school welcomed me with open arms.

“It’s been nothing but amazing. It’s a blast playing here.”

Weber’s play has been a big factor in the Badgers’ turnaround. Following a slow start, the Badgers have gone 7-3 in their last 10 games to improve to 10-6-4.

Williamson said the players have also bought into his philosophy.

“There’s a little more care by the guys. We were extremely mistake-prone team that didn’t seem to worry that much about it. The group has kind of rallied.

“We had a talk and told them I can coach you guys or stand here and watch you guys. If you guys want to be coached and want to improve, then let’s take some steps in the right direction. To their credit, we’ve become a hard-working team.”

Brock hosts Guelph Friday at 7:15 p.m. at the Seymour-Hannah Centre.