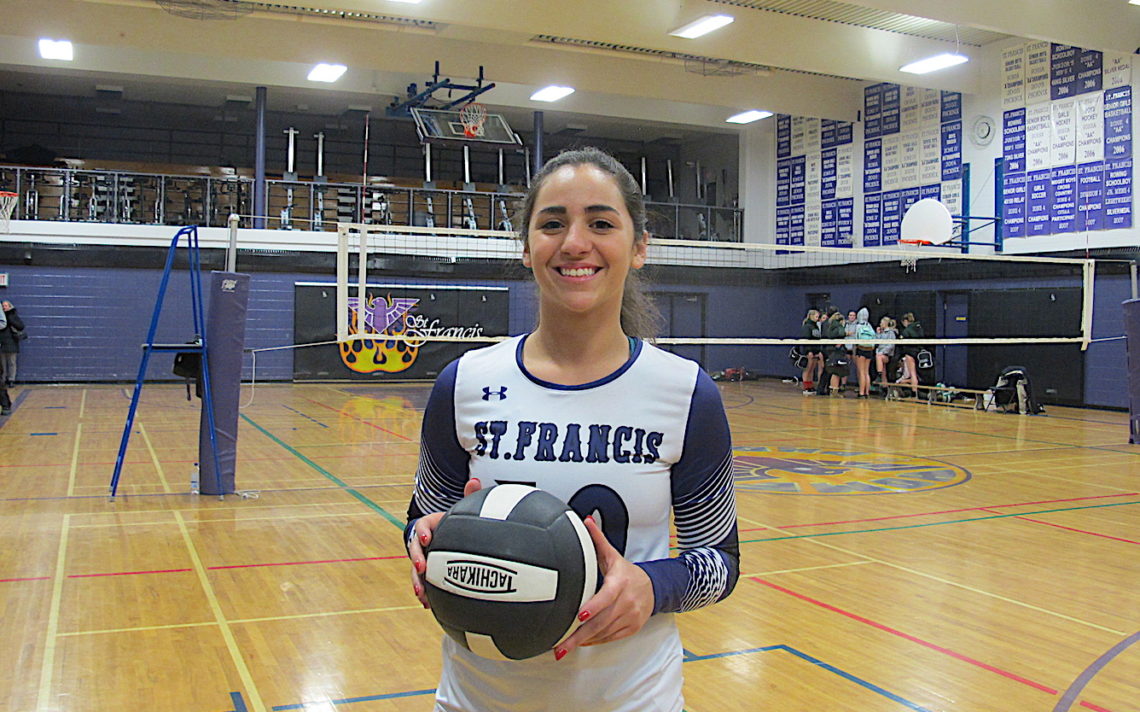 For the love of the game

Lydia Seif’s love of travel volleyball has given way to her other passion.

But with the end of high school just around the corner and university beckoning, Seif had to trade her passion on the court for some extra time in the classroom so she could pursue her dream of becoming a doctor.

“It (Rapids) was twice a week and every single weekend we had a tournament,” Seif said Tuesday at St. Francis, where she helped lead the Phoenix past the Holy Cross Raiders 25-21, 25-23, 25-8 in a Niagara Catholic Athletic Association senior girls volleyball game. “It was pretty intense.”

Seif didn’t make the choice without some soul-searching, but knew deep down school had to take priority.

“It was hard. I took a year off two years ago to play travel basketball and then came back, but now I’m done.”

Seif, who plans to attend Brock this fall and major in bio-med, wasn’t ready to completely abandon the sport. She still suits up for the Phoenix where she is captain and has helped the club get off to a strong start this season.

Paladino said Seif was an easy choice as captain.

“She stood out right away. She was taking the lead and she has incredible skill.

“She deserves to be captain.”

“She keeps the spirit alive for the girls and keeps them focused. She helps out with warming up before practice and keeps everyone together and on track.”

Seif enjoys her role as a team leader.

Seif also plays basketball, soccer and badminton for the school.

She plans to still play volleyball at Brock, but doesn’t seem tempted to try out for the varsity squad.