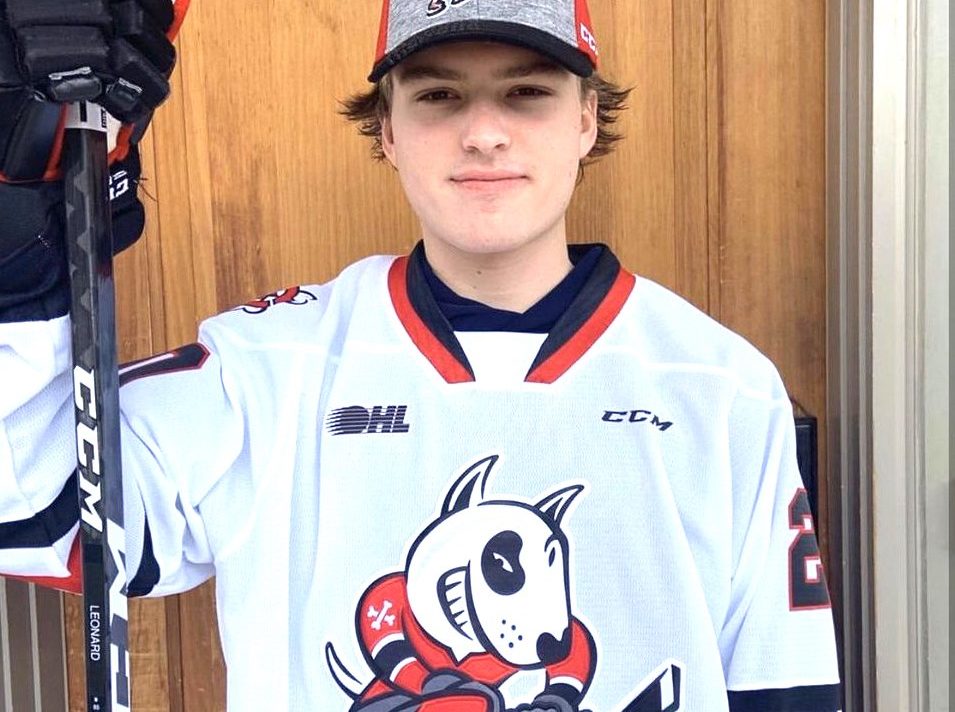 Alec Leonard is in uncharted territory.

The 16-year-old Toronto native has not only gone about a year without playing due to the COVID-19 pandemic, but also has the uncertainty of being a rookie at the Ontario Hockey League level.

Leonard, who was selected in the second round (27th overall) of the 2020 draft by the Niagara IceDogs, admits it is doubly odd not to be playing while also waiting to make the transition to the OHL.

“It’s definitely super strange,” Leonard said. “Being rookies coming in this year, it’s even more different for us because we’ve never even played in it.

“I’m just trying to prepare myself by skating with as many OHL guys as I can and training with them. I’ve been watching some OHL video so I can do whatever I can to prepare myself without actually being in the league yet.”

Leonard said it’s also been difficult with no date to circle on the calendar — the OHL has yet to confirm if the league will play this season.

“It’s tough with this long (layoff) and having no actual time when we know it’s going to start,” Leonard said. “I’ve been doing the same thing, training every single day, on or off the ice, keeping up my school work.

“I’m training all out to be prepared for when we do play and hopefully that time comes soon.”

Leonard admits the mental aspect of not knowing can take its toll.

“I think it’s underestimated the effect this has on all the kids’ mental health,” he said. “We haven’t played in a year and still don’t know what’s going on. You have to get that stuff off your mind and I’ve been trying to do that by keeping busy, doing extra training, extra on and off the ice.

“It’s important to keep your mental health in check. Right now it’s really tough to but just do whatever you can. We all love the game. Even if I can get on the ice with a few of my friends or the guys I train with, that’s worth it.”

Leonard made a trip to Niagara before the draft and was able to meet Niagara head coach Billy Burke and his staff, as well as tour the Meridian Centre and take in a game.

“Ever since I saw the arena and met the staff I fell in love with Niagara, the team and the atmosphere there,” he said. “It’s too bad I haven’t been able to go back yet but it’s also something to look forward to knowing I get to play in the best place in the OHL.

“It’s really exciting to have the anticipation for it.”

Leonard is missing the camaraderie of being part of a team.

“As long as I can remember I’ve been with a team every single year of my life, a family of boys I see almost every single day. It’s definitely something I miss.”

Leonard, a 5-foot-10, 175-pound defenceman who played minor midget for the Mississauga Reps, is known for his mobility and ability to move the puck.

“Alec is another talented member of our 2004 draft class that (general manager) Joey (Burke) was incredibly high on and I can’t wait to get on the ice here in Niagara. When we would watch him in minor midget, there were games where his team wouldn’t be able to break out of the defensive zone when he wasn’t on the ice.

“Alec is a true modern day defenceman that has success at the OHL level. He is an elite skater with great offensive skill and instincts. He has a high compete level, does not shy away from battles and defends with bite. Alec is going to be a big part of our young and talented blue line for years to come. I can’t wait to get to work and start building towards a championship together.”