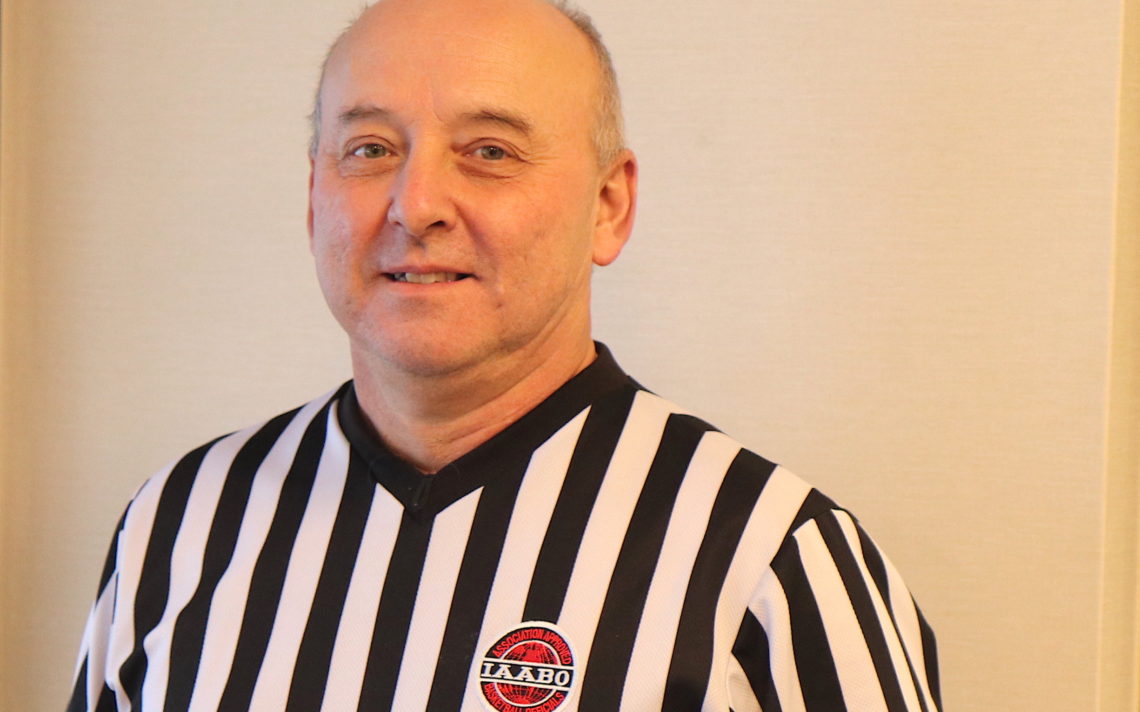 Throughout his 20 years of officiating basketball, Ron Valente has used a common sense approach.

“I like to think that my rule book is still in shrink wrap,” the 61-year-old St. Catharines resident said. “You want the game to have some flow to it and every game is different. Some games you can be a little more liberal with contact because the players can handle it and they want it and some games you can’t. You have to tighten it down right away and call a lot of fouls and hope that they come around and that it is at least still a fair game to them regardless.”

For the IT employee at Avondale, each game is a new game and he has no expectations going into it.

“I try to let the kids and coaches dictate how they want to play, I try to see if I can allow that to happen and then call it fairly in that regard.”

The ages and abilities of the players will also dictate how he officiates.

The same can be said for girls who play at higher levels.

“They understand things a lot better than they did years ago and they are getting a lot better coaching now,” he said. “You are getting players now who know a lot more about the game and their talent level is way better than what it was. We have a lot of great coaches in our area, that is for sure.”

In non-pandemic years, Valente estimates he officiates up to 200 games a year from the elementary school to under-19 Basketball Ontario level.

Valente feels he brings a calm and reasoned approach to his dealings with coaches and players.

“They tell me that I am approachable, they can talk to me, I won’t lose it on them and I am fair with them. I try to hustle to every position on the court to get the best possible angle to make the right call. I am fair and I think I can never be accused of mailing it in.”

The above goes true for his likeminded colleagues.

“The ones that really care about it put in the time and we look for ways to get better, we hustle, we are approachable to the players and coaches and we don’t have a problem talking to them at the appropriate times.”

Valente’s reffing style has changed over the years.

“You get smarter and you realize that you don’t have to be the first person down the court. You learn how to be in better position,” he said. “I still like to hustle up and down but when you are doing OSBA games or some of these club ball games, the pace is pretty frantic so you have to be smart. You can’t run full tilt all the time.”

Another part of being an official is dealing with the fans.

The next time down the court the fan stepped out on the floor.

“I thought, ‘Oh no, here we go’ and he said. ‘You’re right. I should just have some fun and let’s just hug it out.’ He hugged me on the court and it was hilarious. And he never caused any more problems either.”

Unfortunately that isn’t always the case.

“There are some people you just have to ignore the best you can but I don’t deal with anyone too bad. I get the site convenors to look after them if they become a real problem. If they are doing that they are also a problem for their kid. They are embarrassing their kid and I feel bad about that.”

Valente is always recruiting new officials and he does the officials training for new referees.

“I try to get them to come out, have a few sessions with us and see if they like it. It is a lot to take on and you are going to make a lot of mistakes. We still mistakes, you are not going get every call right because the game is really fast.”

He tells new officials to give themselves a year or two to decide if they want to stick with it.

“Give yourself a chance to get better and we are going to try and work with you. We have a lot of refs who are more than willing to help someone get into it because we are getting to be an old association. We need some people to step up and join.”

He was a Ron of all Trades at the house league level.

“We convened it, reffed it, coached it and we did everything we could to make sure the kids had a great experience and that it was fair and fun.”

Eventually, he became an official.

“I had some friends who were reffing and whenever I went to a game I would watch what the refs were doing and see how they did the games,” he said. “I thought I would give it a shot and 20 years later I am still doing it.”