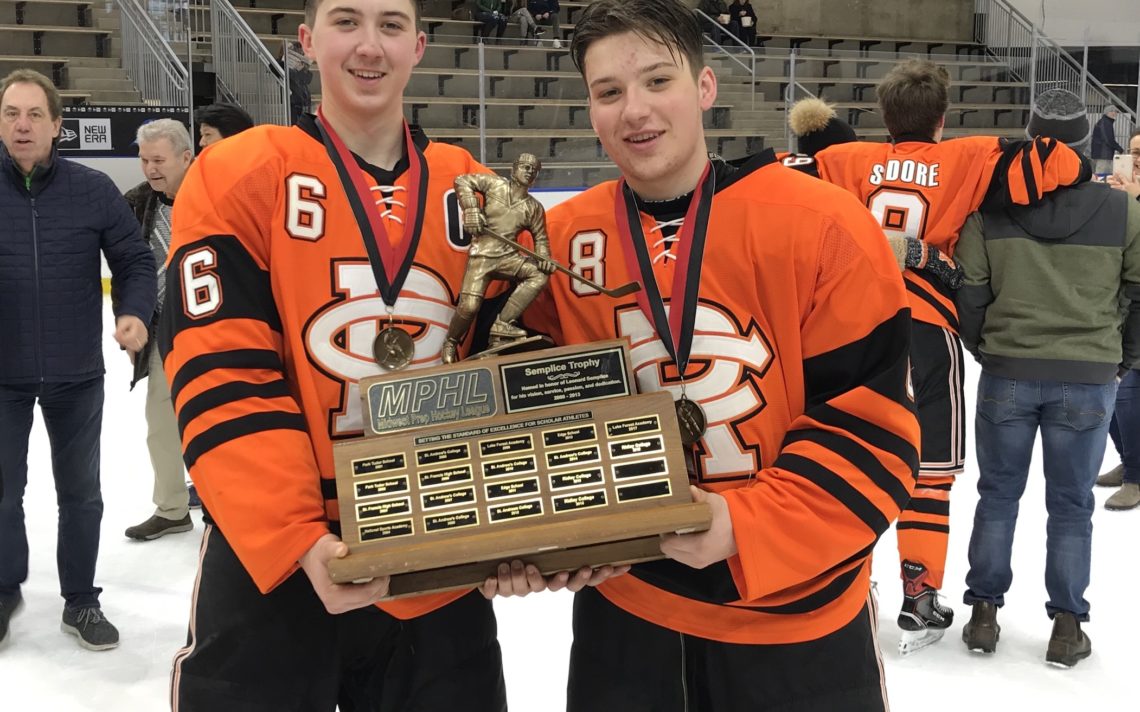 Brotherly love at the rink

Max Blanchard, left, and Alex Blanchard during their time at Ridley College. Photo by: SABRINA BLANCHARD

Max and Alex Blanchard are reunited and it feels so good.

The brothers, who have played together in the past, are back together patrolling the blueline for the Sherbrooke Phoenix of the Quebec Major Junior Hockey League.

Max started the season with the Phoenix and was joined by his younger brother just after Christmas.

“It’s truly a dream come true,” said Alex, who began the year with the Rockland Nationals of the Canadian Central Hockey League. “Since we were little,  it’s something we set out sights on and for it to actually happen, it’s very, very special.

“We couldn’t be happier as a family.”

Max, who played last season for the Ottawa Jr. Senators of the CCHL, was thrilled to have his brother join the Phoenix.

“Obviously, there are a lot of positives to it,” Max said. “Whether it’s training or hanging out, we’re best friends and to be able to say you play hockey with your best friend and be their defensive parter is something special.

“We have a lot of chemistry together on the ice because of how much time we spend together off the ice. It’s something very special and it’s fun. I couldn’t be more thrilled.”

Max, 19, and Alex, 18, have played together in the past — most recently at Ridley College — but to do it at the major junior level is even more special.

“Alex and I have been training partners for pretty much our whole lives. Even at Ridley we were training together and to see all the hard work pay off and see each other across the blueline from each other in a major junior game is pretty fun,” Alex said. “It’s a cool feeling to be able to share that with my brother.”

The Phoenix had been looking to add to their blueline and questioned Max about Alex’s willingness to make the move to Sherbooke.

“I had known that Alex was really interested and of course if he had the opportunity he would really want to come,” Max said. “My coach had asked me a couple of questions. I guessed maybe they had been talking but I didn’t really find out how serious the talks were.

Alex didn’t have to think very long when approached with the opportunity.

“Seeing my brother go to Sherbrooke this summer was something that was pretty cool,” he said. “The opportunity wasn’t there at the beginning. I jumped on the opportunity right away. This is the place my brother was and hearing everything about it and how he’s having such a great experience, it was something I wanted to do. 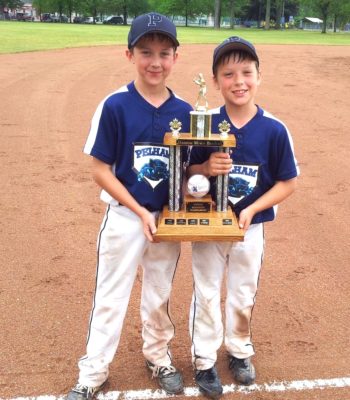 The brothers are also very close off the ice with only a year-and-a-half between them.

“I’d say the amount of times we’ve wrestled and argued, you’d probably think we’re equals,” Max chuckled. “No one thinks one is on the top of the either. If one does think one is on top of the other, then roll out the carpets, there’s going to be a wrestling match.

The brothers both realize how fortune they are, not only to be playing on the same team, but even to be playing at all with much of country shut down due to the COVID pandemic.

“We definitely understand the circumstances everybody else is going through and that it’s a tough time for everybody,” Alex said. “At the same time, we feel very, very lucky to be playing right now. It’s something we definitely don’t take for granted. We feel for all the other players around the country who are unable to play right now. It’s tough times now.

“We’re taking it day by day because you don’t know what’s going to happen but our league and team have done a very good job of co-ordinating things and making sure it’s safe to play and we couldn’t be more grateful for that.”

“We think about it every day. We’re super lucky and super grateful for even having this opportunity,” he said.  “We have different circumstances and rules but we’re lucky to play in the league. We’re in a very good spot.”

The QMJHL are playing without fans and have teams bubble in a city for a period while they play.

“We are tested before we bubble and get tested a couple of times in the bubble and then after as well,” Alex said. “It is well organized and well managed.”

Alex has four games under his belt with the Phoenix and admits there was an adjustment period.

“It’s fast hockey and everybody is strong and their hockey sense is at the elite level for sure,” he said. “Now, guys are competing for jobs or professional contracts or scholarships. It’s very competitive and guys are hungry and ready to play but that’s the place you want to be to improve your game and move on to the next level.”