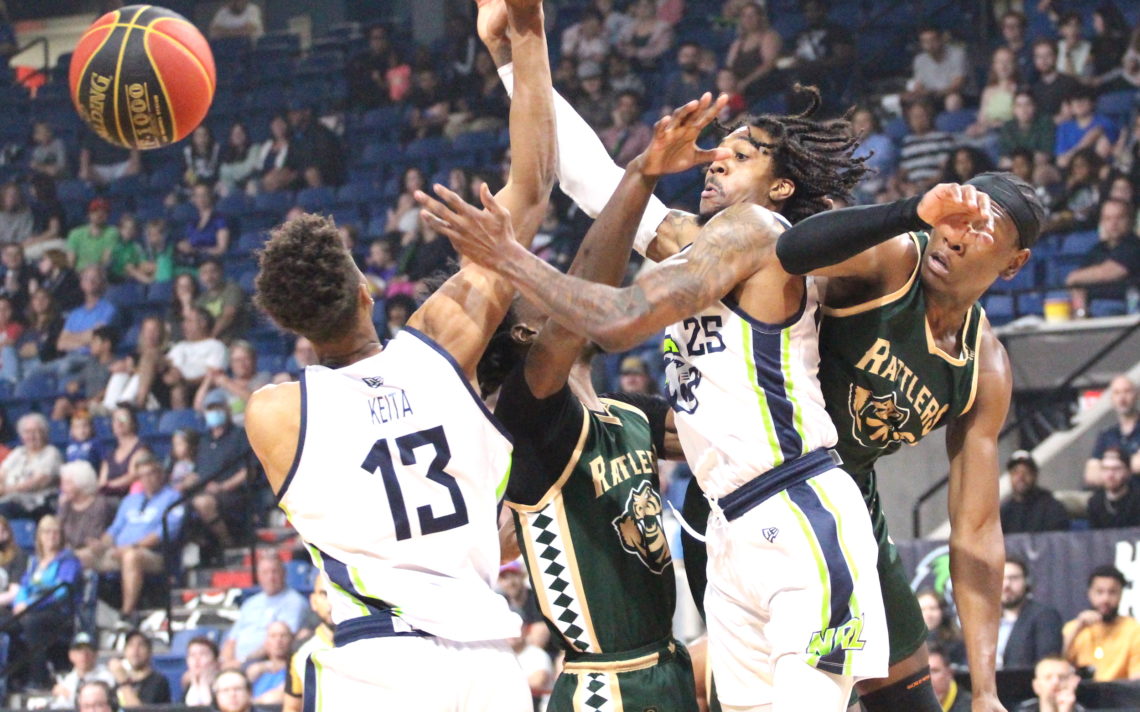 The Niagara River Lions are not on speaking terms with the Canadian Elite Basketball League’s Elam ending.

The River Lions dropped an 86-81 decision to the visiting Saskatchewan Rattlers Sunday afternoon at Meridian Centre, once again giving up a substantial lead in the final four minutes of the game.

The Rattlers then took over and dominated the final portion of the game, outscoring the River Lions 16-4.

“We’re a talented team but we have some bad habits and in times like that when they score like 30 points in seven minutes, you revert back to some of our habits,” River Lions coach Victor Raso said. “Obviously, I’m the coach of the team and we’re struggling in Elam so it comes down to my ability to coach them as much as possible.”

The River Lions are 4-3 on the season and all three of the losses have come with leads of at least seven points heading into the Elam ending.

“It’s tough because we feel like we’re this close to being 7-0, but at the same time, we know where our team is at,” Raso said. “On any night we can beat any team in the league, we just have to grow and it’s a tough one to grow through.”

Raso said it’s no secret why the River Lions are having difficulty late in games.

“We have not been practising hard enough understanding what our reads are to be able to do it,” he said. “We talk about how we want to play and address things. Over the course of the game we do those things but when it gets to those moments when it gets really, really tough, we have a tension around us and we have to break though that.”

The River Lions looked sharp early, leading by two at the half and six after three quarters.

“I was happy with the way we played the entire game until about maybe five-and-a-half minutes left on the clock,” Raso said. “I could just sense we were losing our mind a little bit. We let shooters get shots off and we got a technical foul. They were locked in. You could just tell and our guys were like, ‘Elam’s coming,’  and that’s not good.”

The River Lions are right back in action Wednesday in Montreal.

“It’s part of the league,” Raso said of the busy schedule. “You can’t hang your head on losses.

BPSN Star of the game: Saskatchewan’s Tony Carr with 25 points.

Up next: At Montreal Wednesday. Home to Ottawa Saturday at 7 p.m.