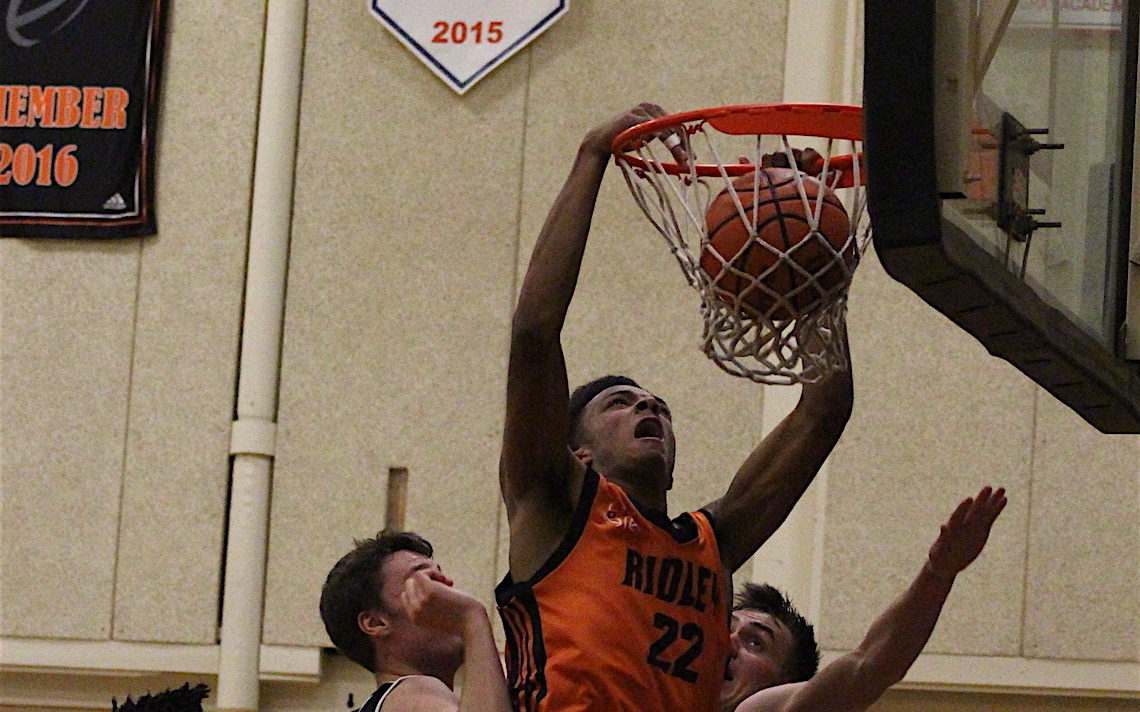 Basketball fans who can’t wait to watch next June’s FIBA Under-18 Americas Basketball Championship in St. Catharines may want to whet their appetite by checking out Ridley College’s prep team that opened its home schedule Tuesday night versus TRC Academy.

“I am really confident I am going to make that team,” Jaden Bediako said. “I’ve been on the national team since 2015 and I have been playing up (an age class) too.”

The 6-foot-10 centre believes he is ready for an increased role.

“I feel I have the most experience and I have played with the top players,” the 17-year-old said. “Canada just won gold and we are going to try and keep that streak going.”

“They have all been invited back to the next camp,” he said. “I think four can make it and Charles will be on the cadet team.”

While he contemplates a role with Team Canada, Bediako is also deciding which university he will attend next fall.

Although he hasn’t made any official visits yet, he has scholarship offers from USC, Oklahoma, San Diego State and Middle Tennessee State.

“It’s going to be (based on) having a good relationship with the coach and knowing how they are going to use me,” Bediako said. “ And all the schools that I have offers from have been to March Madness.”

Bediako and his Ridley teammates fell to 1-1 in Ontario Scholastic Basketball Association play Tuesday following an 84-76 loss to the TRC Academy Wolfpack. Bediako finished with 10 points and a pile of rebounds and blocked shots while Wharton led the way with 25 points before leaving the game early with leg cramps.

Upshaw is confident his team can improve on last season’s 10-12 record.

“I think the guys are a little older and last year it took us half the year to realize the speed and commitment to play in this league,” he said.”It’s one of the top leagues in the world for a high school group.”

With several of his players getting international and national experience this past summer, the team has come back with a different mindset.

“This year it’s let’s try to win and a lot of guys have worked on individual skills,” Upshaw said. “And from the first day of practice, guys understand our system and the way we want to play.

“I think we expect to be in every game this year and win more than last year.” Bediako is confident things will be a lot different than last season.

“It was our first year in the league and our first year playing the top guys in Ontario and across Canada and we tried to gell,” he said. “This year, we want to win and we know we can be one of the top teams.

“We lost two guys but we brought in my brother and another shooter so we should be good.”