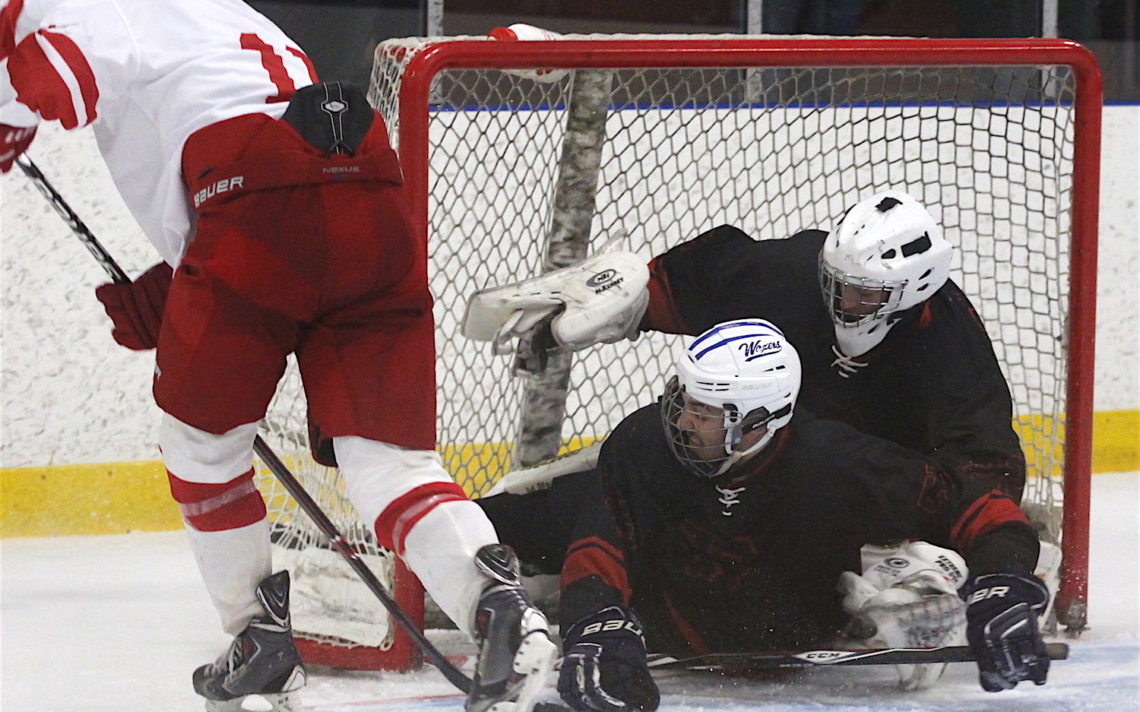 Seconds after missing a golden opportunity to put the Denis Morris Reds in the lead, Hendsbee buried the winner as the Reds edged Brebeuf College of Toronto 3-1 at the Ontario Federation of School Athletic Associations championships Thursday at the Seymour-Hannah Sports Complex.

The Reds now advance to the semifinals Friday morning at 9:15 a.m. versus No. 1 ranked Brooklin. A win would put them in the gold medal game at 4 p.m. A loss and they would play for the bronze at 2 p.m.

Holy Cross of Kingston takes on Holy Trinity of Oakville in the other semifinal. 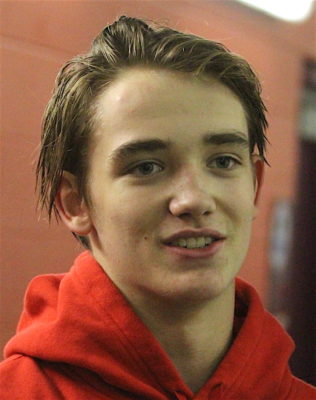 “It was really exciting. It was a big one for the boys, but I wasn’t really thinking about it,” said Hendsbee, a 14-year-old, Grade 9 student. “Coming into the third period, I was focusing on the game and getting shots and crashing the net.

“We thought about doing it for those guys who it could be their last chance to play high school hockey.”

“That one went off the crossbar so I was a little bit mad, but I knew I had to get it back for the boys,” Hendsbee said.

DM coach Billy McLaren gave Hendsbee plenty of playing time, particularly considering his inexperience at the high school level and the fact it was an elimination game.

“He’s a December 30 baby so he’s a day away from being in Grade 8,” McLaren said almost in disbelief. “He’s on my son’s Niagara North major bantam (AAA team) and he’s a special player.

“When he wants to play, he can be the best person on the ice.”

The Reds advanced to the quarter-finals with a 3-2 win over Malvern Collegiate Institute to finish the round-robin 3-0.

“We didn’t know who we were playing until about 2 o’clock because there was a tie-breaker in the other pool. We were trying to get the goods on the other teams because they have a plethora of players from Vaughan and the Junior Canadiens and the Marlies or wherever.

“They’re a good team, but I think we had more legs than they had.”

The Reds led 1-0 on a goal by Jacob Barnowski in the second before Brebeuf tied it later in the frame when Anthony DiNicolo scored.

That set the stage for Hendsbee’s heroics before Barnowski later added an insurance goal into an empty net.

“The game plan was to keep them to the outside and we did that,” McLaren said.

The Reds have now won four straight and need two more victories for a gold medal.

“As a group we really don’t feel like we’re going to lose,” McLaren said when asked about the team being on a roll. “We feel it’s our game to lose and the boys buy in.”

Barnowski, Cole Benevento and Cole Yungblut scored for DM in the morning game.