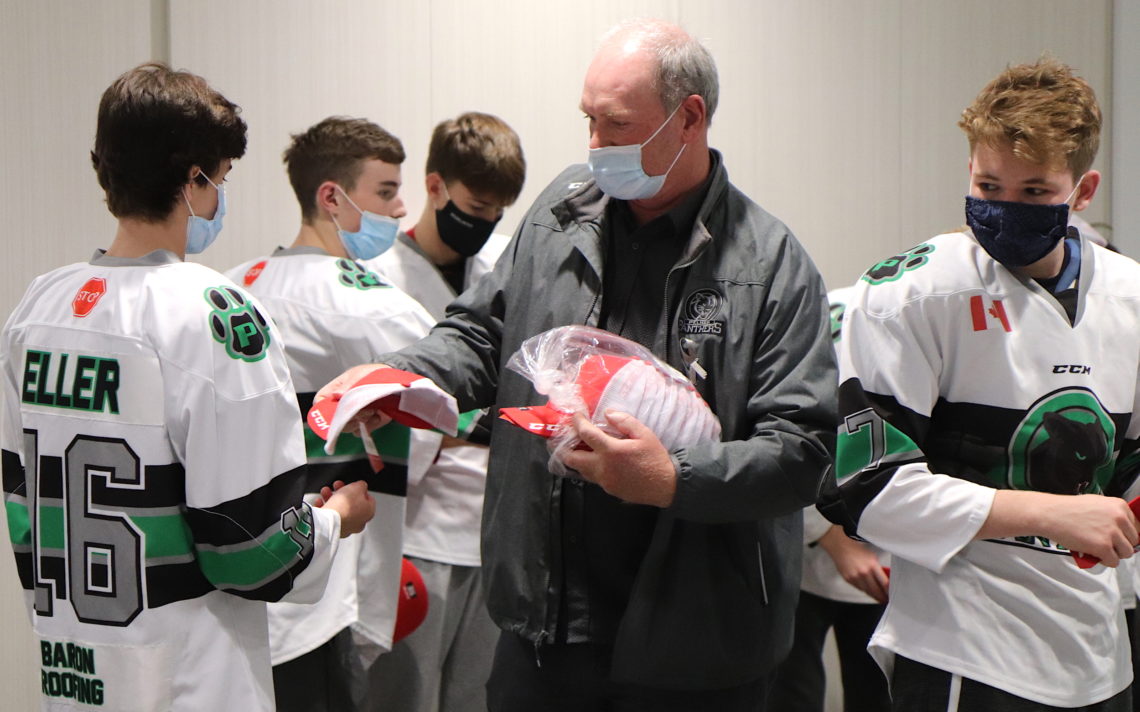 The squad, sponsored by Baron Roofing and Siding, had rolled to second place in the Niagara District Doherty bantam division with a 21-5-2 record and then followed that up by going 3-0-1 in the local OMHA bantam BB playoff round robin versus Port Colborne, Niagara-on-the-Lake, Thorold and Fort Erie. After playoff series victories over Port Colborne (2-0) and Thorold (3-2), the Panthers punched their ticket to the OMHA finals with a three-game sweep of Mount Brydges.

“The day before, everyone was at practice and we were really excited and ready to go to the finals,” team captain Mark DeKorte said. “It was the farthest we had ever been. We all kind of looked at each other and we didn’t realize at the time that it would be our last practice.”

Unfortunately, the COVID-19 pandemic saw hockey halted the Thursday heading into March Break, the week that the series was supposed to start.

“We had hotels booked and we were all ready to go,” Pelham head coach Jack DeKorte said. “It was kind of disappointing because the whole season was geared up for the finals. In our hearts, we knew we could beat those guys because we beat them in the finals of the Prince Edward (County) tournament.”

The cancelation hit the players hard.

“I was really upset and I was bummed out for a whole month and still now,” centre Adam Repar said.

The OMHA waited about a month hoping things would improve but when they didn’t, the association decided to declare co-champions in each of the 55 OMHA divisions.

This past Wednesday at the Pelham Community Centre, the team gathered to receive their championship banner and red hats, provided by the Egg Farmers of Ontario, that recognize a berth in the OMHA finals.

It was a long time coming for everyone involved.

“We are in October, six months or more down the road, and we still haven’t really organized a team party or any of that,” Jack DeKorte said. “It is kind of disappointing but, at the same time, the kids know in the hearts that they are champions. I think that’s the most important thing.” 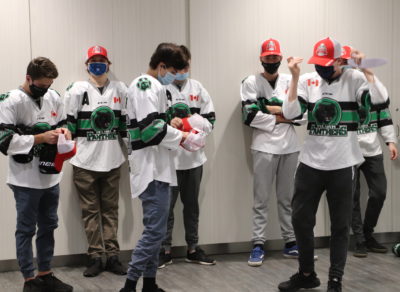 “You did us well this year and I hope you are proud or yourselves for the accomplishments you had. By far, you were the most successful rep team in Pelham minor hockey.”

DeKorte and his coaching staff, made up of assistant coaches Daryl and Mike Breadner, manager Mike Law and trainer Jeff Eller, helped guide the team to an excellent season.

The Panthers won the Milk Tournament in Prince Edward County and the Andy Passero Memorial Tournament in Fort Erie. They started their season on the right note by winning their first tournament of the season.

“We just kept climbing and kept going. We got better and better and I think we were playing our best hockey towards the end of the season,” Jack DeKorte said. “I knew we had a decent team but I didn’t know we had such a great team.”

Two years ago, the nucleus of the team made it as far as the OMHA semifinals and that nucleus shone again in the 2019-20 season.

“We had a core group of kids who were willing to do anything and everything and the rest of the players followed their lead,” Jack DeKorte said. “There was never any complaining or whining. It was a positive group of kids.”

“Daryl did most of the training and they were always willing to practice,” he said. “We never saw a kid not show up for practice.”

Adam Repar, a 15-year-old Grade 10 student at E.L. Crossley, loved the makeup of the team.

“We were strong at every position and we didn’t get score on a whole lot,” he said. “Everyone worked hard everyone showed up to practice.” 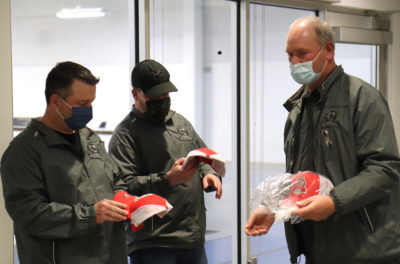 “We were all on the same page and we worked hard each every day at every game and every practice,” he said. “We are glad that we got this far but we would have loved to get farther.”

After the presentation of the red hats, Jack DeKorte urged his players to take the championship to heart.

“When you guys have an opportunity, take it and take it to the max in all life,” he said. “Whatever you are dealing with, don’t have any regrets and just do it.

“You deserve these red hats. I know you are co-champions but in my heart you guys are champions.”

Daryl Breadner urged the team onward and upward in hockey and in life.

“Lead your life because no one can take this way from you,” he said. “Whatever path you choose or whatever life you lead, you are champions.”

“The team would like to thank our sponsor, Baron Roofing, as well as parents, spectators, PMHA and the Town of Pelham for their support,” Jack DeKorte said.