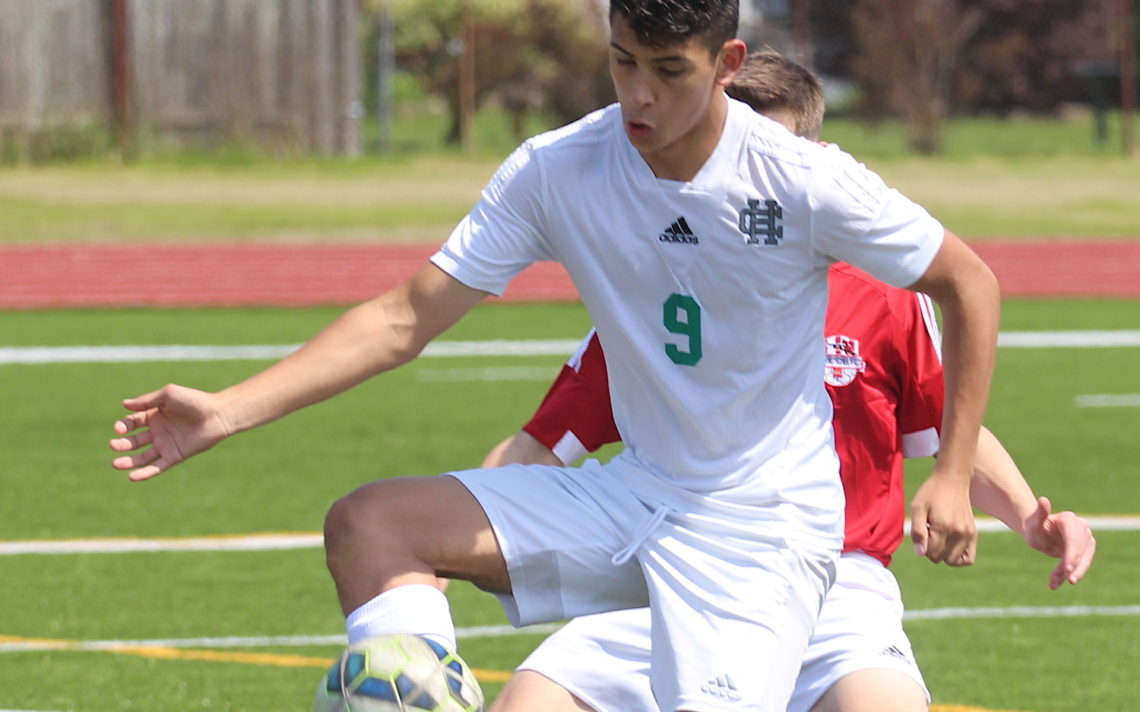 Sebastian Agudo is a man on the move for the Holy Cross Raiders.

The 16-year-old, Grade 11 student was all over the field Monday, scoring a pair of goals and creating offence, to lead the Raiders to a 7-0 win over the Governor Simcoe Redcoats in the Zone 4 senior boys soccer final.

Agudo feels he is at his best when he’s in motion.

“You have to be in the right position and making runs and always be moving,” Agudo said, when asked what it takes to be a goal scorer. “If the defenders are close to you, then you’re easier to mark, but if you’re moving, they can’t get you.”

Agudo was able to keep up his pace despite the oppressively hot weather.

“Obviously, the heat affected everyone but you just have to play through it,” he said. “There’s nothing you can do.”

Agudo, who plays at a club level with the Niagara Regional Soccer Program under-17 team, said the Raiders have their sights set high this season after placing sixth at OFSAA (Ontario Federation of School Athletic Associations) last season.

“We’ve all been confident and we have a good team,” he said. “Our goal is always to medal.”

“He’s been our go-to guy for three years,” Ferretti said. “We’re pretty lucky in that we have some very skilled guys but he’s definitely a finisher.

“He scores in bunches and that’s a good thing.”

“He works hard at it and has a high soccer IQ,” Ferretti added. “It’s hard to break him down. He’s a very intelligent striker. He can play in a lot of different ways.

“He’s one of those guys when he steps on the field he generally draws a lot of attention right away.”

The Raiders have high hopes again now that they have another zone title sewn up.

“We want OFSAA and we want SOSSA,” Ferretti said. “When you win OFSAA, you have to earn it. It’s a very prestigious chance that anybody gets to go to OFSAA.”

The Raiders dominated from start to finish. They led 2-0 at the half and then added five more in the final 40 minutes.

Danny Lewis made several outstanding saves in goal for the Redcoats to keep the score respectable for at least the first half. 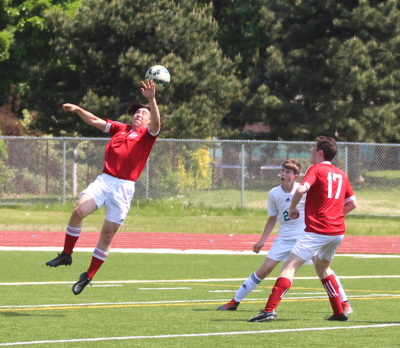 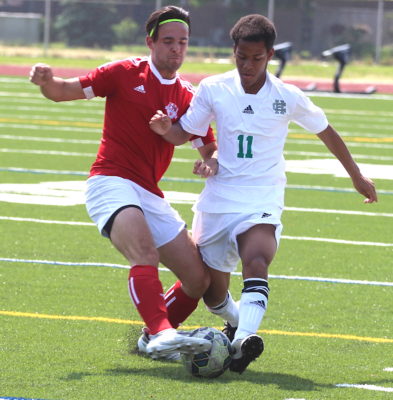 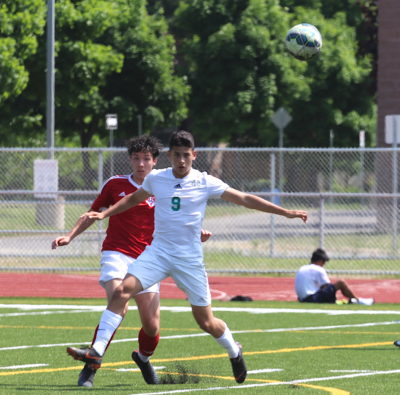 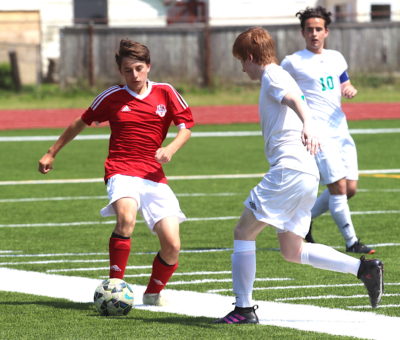 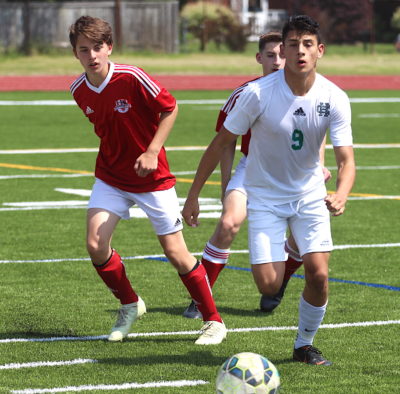 Sebastian Agudo is a man on the move for the Holy Cross Raiders.

The 16-year-old, Grade 11 student was all over the field Monday, scoring a pair of goals and creating offence all game, to lead the Raiders to a 7-0 win over the Governor Simcoe Redcoats in the zone 4 senior boys soccer final.