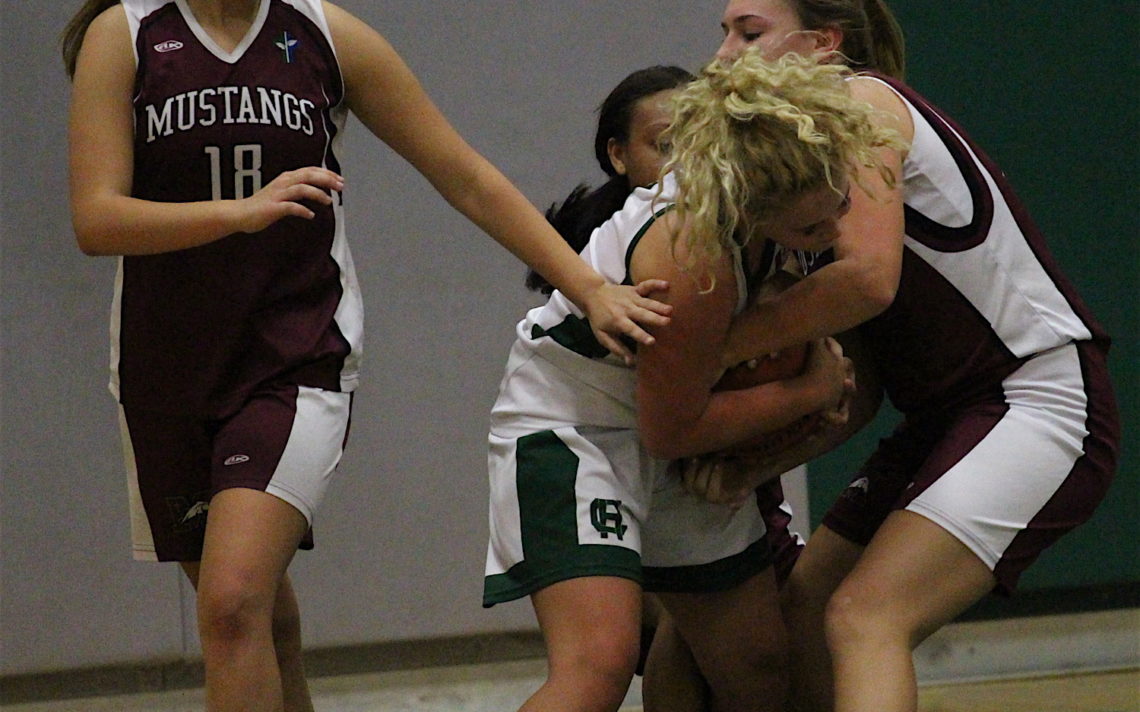 Raider goes on the offensive

Holy Cross senior girls basketball coach Erin Gauthier knows exactly what she is going to get from forward Amanda Hemphill.

“She’s very enthusiastic and she plays absolutely tenacious defence for me but on offence, she is a little shy,” she said. “I am trying to get her to be more aggressive and that’s exactly what she did today.”

The 5-foot-8-forward led her team with 15 points Wednesday, but it wasn’t enough as the Raiders fell 46-31 to the visiting Saint Michael Mustangs in Niagara Catholic Athletic Association play.

“She rebounded hard, she made some moves with her back to the basket and she looked to pass and get the ball to her teammates if necessary,” Gauthier said.

The Grade 12 student would be the first to admit she needs to be more aggressive on offence.

“I think I am too worried about missing so I try to see if something else is open,” Hemphill said. “Sometimes I need to take my shot a little more often.”

Games like Wednesday and Gauthier’s encouragement should give her more confidence on the offensive side of the ball.

The 17-year-old is a former travel player with the Niagara Rangers and St. Catharines Rebels but is not playing travel hoops any more because she has switched her focus to rowing and her studies. This past summer, she was on a St. Catharines Rowing Club crew that won a silver medal at the Ontario championships.

And while rowing is her main athletic pursuit, she still enjoys basketball.

“I love the team work and being part of a team. My favourite part is when something works and we all work together. The feeling afterwards is the greatest”

“We were all together in Grade 10 and we had a great year,” she said. “Since I was at Holy Cross it was our best year and it’s nice that we are back together.”

“Our expectations are to be competitive and we are building a program to win,” Gauthier said. “I had these girls in Grade 10 and they are all in Grade 11 now. I’m really excited that I will have a good chunk of them back for Grade 12 as well.”