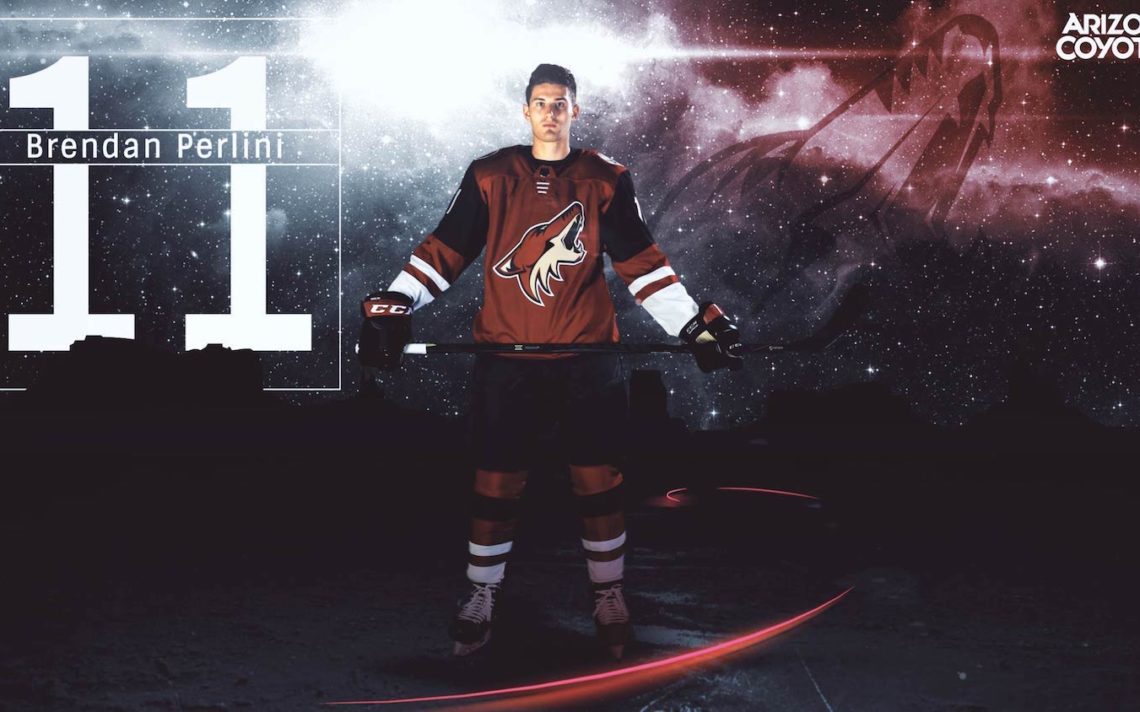 Perls in the desert

Brendan Perlini has picked up in the National Hockey League right where he left off with the Niagara IceDogs.

The 21-year-old winger scored 92 goals in three-and-a-half seasons for the IceDogs and continues to put the puck in the net at the NHL level with the Phoenix Coyotes.

Perlini has 16 goals and 27 points for the Coyotes in his first full season. He made his NHL debut last year and quickly impressed with 14 goals and 21 points in 57 games after starting the season in the American Hockey League.

It has been a quick climb for the Coyotes’ first-round selection.

“You just kind of go from junior and then you are turning pro and you obviously want to play in the NHL as quickly as possible, but my time in the AHL was awesome,” Perlini said. “I got to learn the pro game and about the lifestyle and everything.

“It’s very similar to junior. There’s a lot of time to kill and you have to use that wisely and try and get better. I stay on the ice and work out. It’s not like you have school or anything.”

Perlini is a streaky player who, when hot, can fill the net.

“It’s just different. In the OHL, you can float around and get away with stuff you really can’t in the pro game,” he said. “Here, you don’t have much time and space. It’s like a chess match out there. No one really runs out of position. It’s about getting to different areas of the ice where in junior you wouldn’t have to go there.”

Perlini realizes if he is going through a spell where the puck isn’t going in, he needs to contribute in other ways.

“It’s about being consistent in your overall play. That’s something I’ve been learning since turning pro. If I’m not doing it that way, I have to find another way, getting the puck down low and working on the cycle or things like that. Just new, different things.”

“In the NHL, there is always something new to keep progressing at and get better at where in junior you just get caught in a trance where you think you need to score this many goals a game and that’s just how it is.

“In pro, you can be learning every day and there’s always something to be picking up on.”

“He’s starting to become a more well-rounded professional. It’s easy in junior because he would have so much time and space and physically he was dominant and faster than those kids,” said Bissonnette, a native of Welland. “He had a very successful first year after he got called up. This year, he has shown glimpses of brilliance.”

Bissonnette feels there is even more room in Perlini’s game to grow.

“He’s started to get better at wall work and the little things that make you a very good professional player which is going to keep you around a long time,” Bissonnette said. “When you’re a top-six forward in this league and you’re streaky and get 20 goals a year and you’re not bringing the other stuff, you might find yourself not in the league anymore. He’s really come around and he’s a hard worker. He’s done a lot better job of that in the second half of the season.”

The Coyotes have endured a disappointing season on the ice, but Perlini feels the future is bright in the desert.

“As a team, we probably haven’t done as well as we should have but we have a lot of young guys and we’re growing every day so it’s been a lot of fun.

“You never know. That’s the beauty of it. If we do get a lot better and we have this good core group of guys coming up, it’s going to be really good out there. I would say it would be one of the best spots in the league.”

Away from the rink, Perlini is enjoying the west coast lifestyle. He rents a condo in Scottsdale and enjoys the multitude of golf courses in the area.

“It’s a great lifestyle. It’s always warm and sunny and it’s not expensive like California. I think the only thing it’s missing is a big water source,” he said. “I’m grateful every day to play in a place like that where people are so happy every day because of the sun.

“You can completely disconnect from the rink. You can lay by the pool or do whatever. You have unlimited possibilities because it’s summer year-round.”