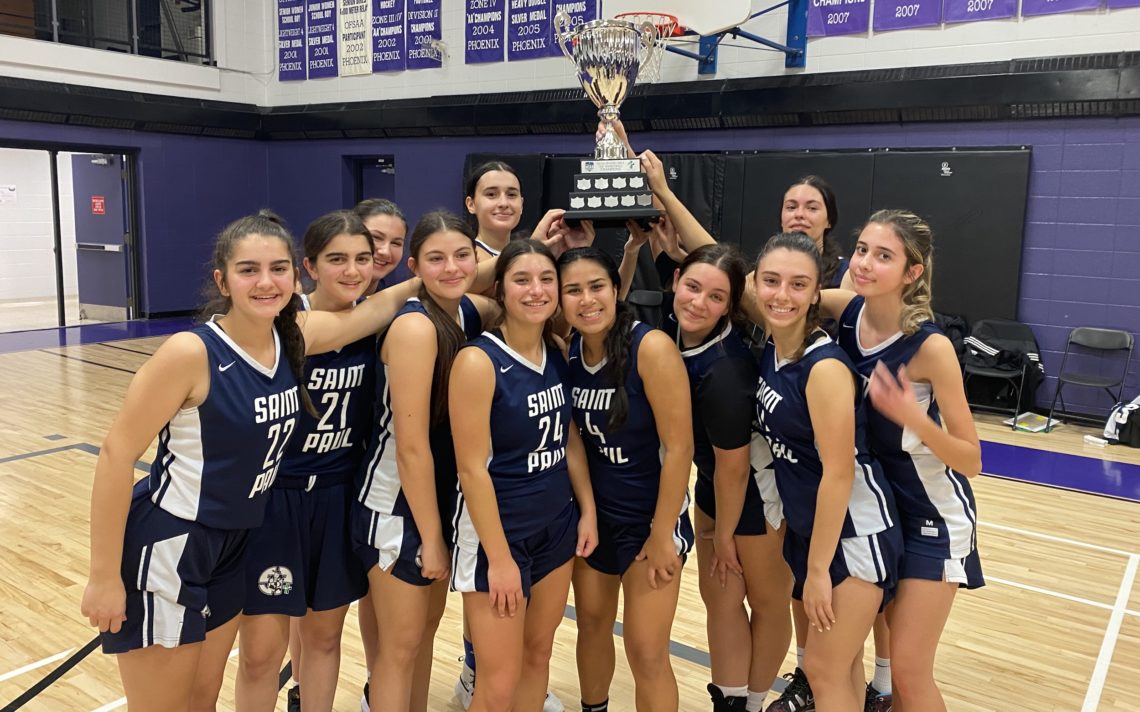 Ava Stranges was on a mission Friday.

Stranges not only brought the ball up and often ran the offence, but she also led all scorers, thanks to seven three-pointers.

“The shots were falling and everyone played well this game,” said Stranges, who plays for Niagara Juel at the club level. “[I do) a little bit of everything, it just depends on if my shot is going good, then I just try and keep taking my shots.” 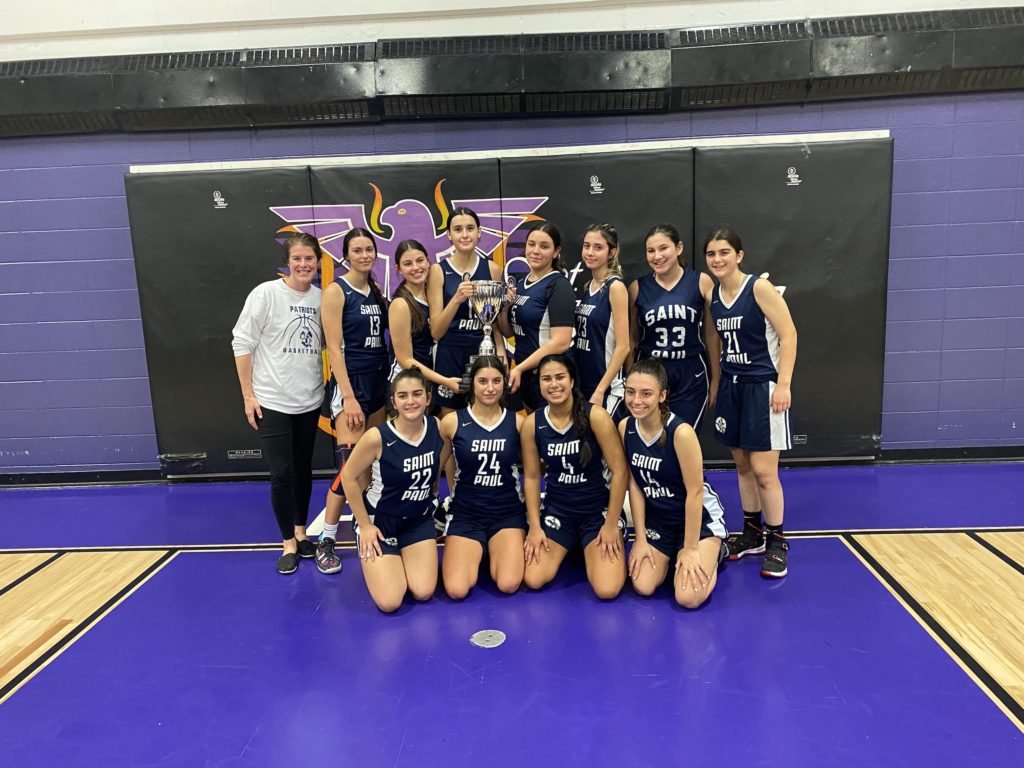 Stranges hit a trio of three-pointers early as the Pats built a 16-7 lead after one.

“It was important to play how we normally do and bring a lot of energy because we did lose to this last time we played them,” Stranges said. “We all wanted to bring out a lot of energy and know that we can beat this team.

“It feels really good because a lot of our shots didn’t fall last game.”

Saint Paul coach Kristen McDonald was happy for Stranges, who was sidelined last season after suffering a severe knee injury.

“She was hurt last year so it was nice to have her back. She worked really hard and I’m just so proud to have her part of this,” McDonald said.

McDonald appreciates what Stranges brings to the court.

“She’s a true basketball player,” McDonals said. “She’s an asset to any program obviously because they she can bring it in games where we’re challenged. She brings discipline to the table and skill, everything you hope for as a coach.”

McDonald feels Friday’s game was perhaps the Patriots’ most compete effort of the season.

“We finally brought the whole game together,” she said. “We’ve seen bits and pieces of doing everything right game to game but we’ve not done it right on both sides of the court. Today we did some rebounding, our shots were sinking, everything just kind of worked in our favour.”

The win avenged a loss to the Phoenix in last year’s AA final.

“It feels so good. We’ve been waiting for this. We thought it would be our day today,” McDonald said. “This was a game that was fun to coach because the pieces all fell together.”

The Patriots are eager to see how they fare at SOSSA.

“Last year we got to host OFSAA (Ontario Federation of School Athletic Associations). This year earning it, it feels so good. It was the redemption we needed. “

Up next: The Patriots advance to the SOSSA AA playdowns Thursday at Governor Simcoe.