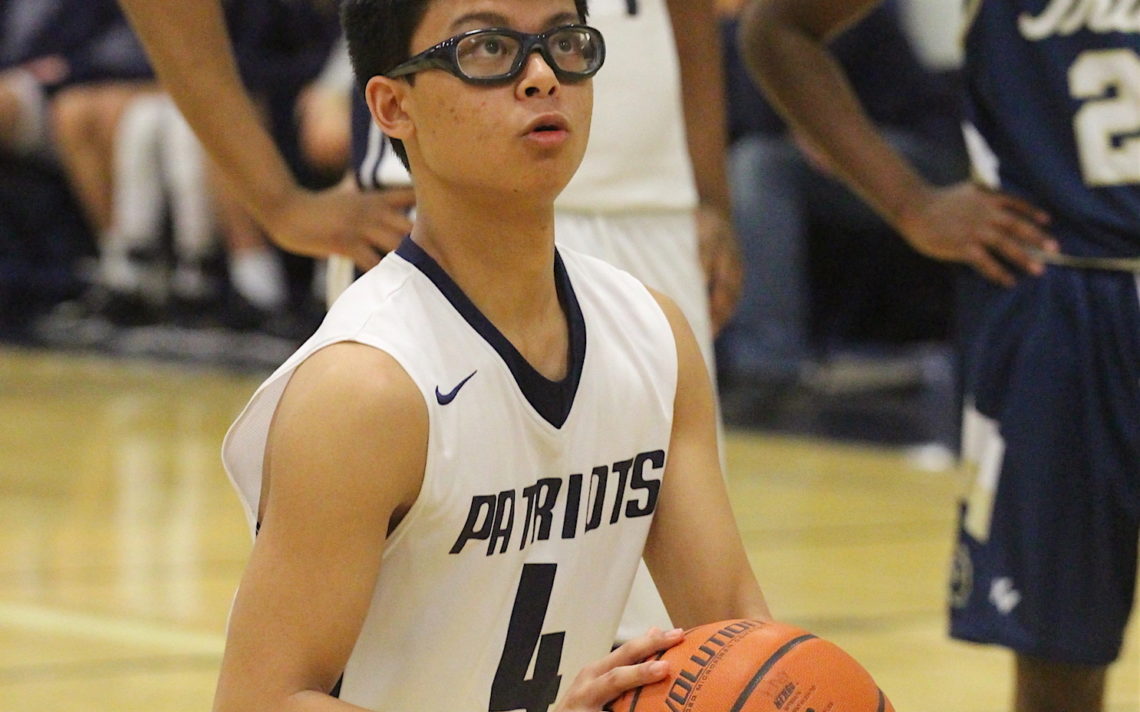 Unfortunately, the 15-year-old never got to see his team put the finishing touches on a come-from-behind 69-67 win because he was in the dressing room tending to a bleeding nose. 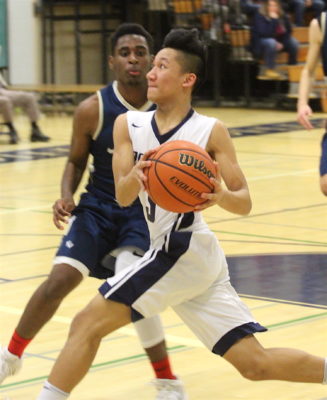 “The ball was loose and when I went for it, the guy turned around and put his shoulder into my nose,” said the Grade 10 player, in explaining his bloody beak.

He had to hear second-hand that his team had won the game.

“I was in the change room cleaning my nose and I told my dad to go check and see if we had won,” he said. “He came back in told me we were winning with 0.5 seconds left and I was like ‘Yes.’ ”

The travel basketball player in Saltlfeet has been a solid addition to the Saint Paul senior squad.

“What he does now is that he’s maturing and he’s making better decisions,” Saint Paul coach Jeff MacDonald said. “And he can shoot the ball.”

Tutanes felt getting to used to the speed of senior ball was his biggest adjustment.

“You have to pick up things really quickly, especially if you are going to start,” the 5-foot-7 guard said. “My coaches have really helped me by giving me stepping stones.”

There were a lot of one-on-one chats during games to tell him what to do and how to facilitate the offence. They also told him the universal basketball truth.

“Shooters have to shoot,” Tutanes said. “And if I am not sinking them, my job is to run the offence and get my teammates the ball.” 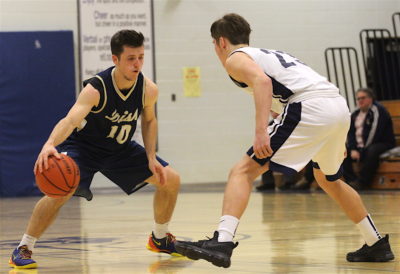 Notre Dame led by as much as 15 points in the second half but couldn’t put away the Patriots.

“When they went to their zone, we had trouble scoring,” Notre Dame coach Mark Gallagher said. “We hit a couple of shots early and then they pressured us into spots where we didn’t want to be.”

That was just one of a few factors that led to the Irish’s demise.

“We missed some shots we should have made and let them back in the game and they did a really good job of getting to the basket and making shots,” Gallagher said. 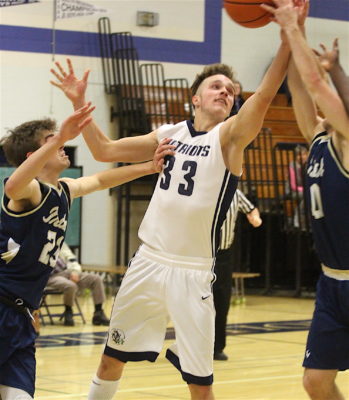 With the win, Saint Paul clinched second place in the NCAA loop with a 6-1 record while Notre Dame fell to 5-2 with the loss. The Saint Francis Phoenix completed a perfect 7-0 regular season Tuesday with a 83-20 romp over Lakeshore Catholic.

“We showed resiliency,” MacDonald said. “We have always been that way all year and we never give up or quit.”

“And I thought our senior players, especially Victor (Kariuki), were really strong at the end of the game.”

Tutanes wasn’t worried as his team trailed most of the game.

“We always know we can come back in a game like this because we’re a team that has a lot of faith in each other,” he said.

No one needed more faith at the end of the game than Saint Paul bench player Justin Crisiti. With the score tied at 67-67, the 5-foot-6 guard was fouled with 0.5 seconds remaining. His first attempt went halfway down and then spun out before he calmly nailed the final two shots to give his team the victory.

“I put him in because, in practice, he is one of our better foul shooters,” MacDonald said.

He felt his team played hard all game but not smart.

If there are no upsets in the quarter-finals Feb. 12, Saint Paul would host Notre Dame in the semifinals Feb. 14.

“The winner gets home-court advantage and we wanted to win this one,” Gallagher said. “We have to come back here,  but we still have a chance.”

BPSN Star of the Game: St. Paul’s Jerwyn Tutanes with 22 points, including three threes in the fourth quarter.

Up next: NCAA playoffs start next week.