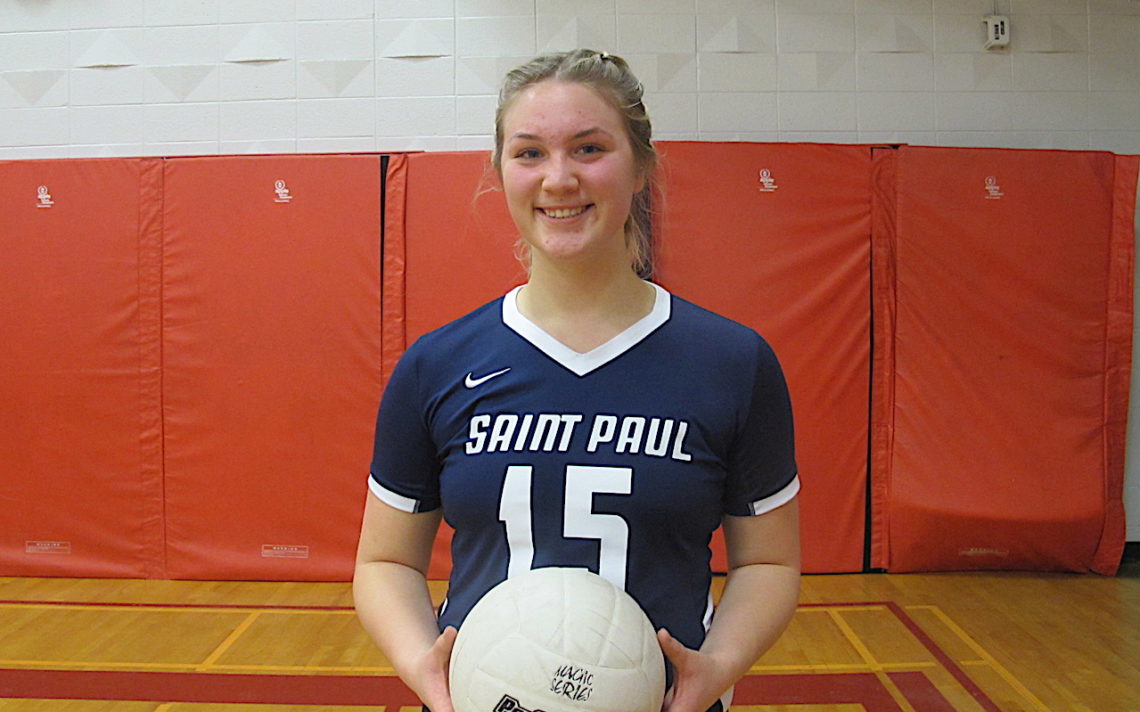 Alex Sielicki does it all for the Saint Paul Patriots senior girls volleyball team.

The former Niagara Rapids player is the Patriots captain this season, and with good reason.

Sielicki is not only the Pats top player, but she’s also a leader who relishes the role of pumping up her teammates.

Sielicki was front and centre Tuesday as the Patriots rallied to defeat the Denis Morris Reds 18-25, 28-26, 27-25, 25-21 in a Niagara Catholic Athletic Association game at DM.

“She’s one of the most powerful volleyball players I have ever coached,” McDonald said. “When someone else makes a good hit, she’s the first one to get everyone pumped up and motivated. In girls volleyball, that’s pretty important.”

McDonald feels Sielicki’s leadership is vital in a sport where mistakes can often snowball and momentum can change quickly.

“It’s such a seasonal sport around this area,” McDonald said. “We don’t have as many touches as some other sports so it’s harder to shake off your mistakes.

“Maybe it’s a confidence thing. When you shank a ball, you’re almost dreading it coming back to you. You don’t want to make the same mistake twice so it’s kind of hard to shake off your mistakes right away and refocus.”

That’s where McDonald’s leadership and calm demeanour come in handy.

“She’s very good at it. She’s the first one to bring everyone in the middle and get them together. It’s very good. It’s useful and in the front row she’s obviously an asset and she’s very consistent as a server.”

Sielicki is also a fastball pitcher at the house league level when she’s not on the volleyball court.

The Patriots are now 2-1 in the young season.

“We’re doing pretty well. It’s nice to have Alex because she was a travel player so it’s helping us out. I think our squad is going to be strong next year.