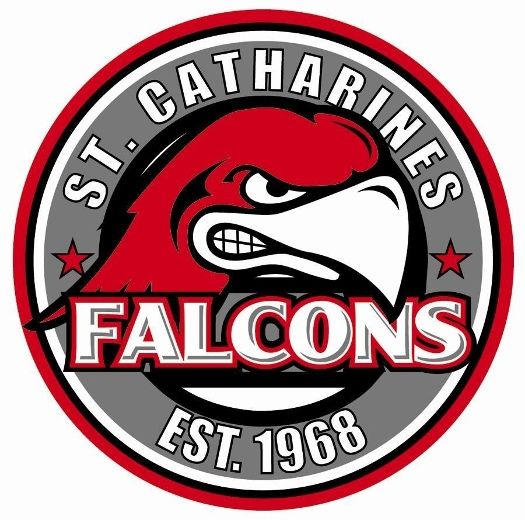 The St. Catharines Falcons’ seven-game winning streak came to a screeching and unexpected halt Friday at the hands of the Pelham Panthers.

The Falcons had won seven straight to build their record to 8-1 while the Panthers came into the game 2-7 and 12 points behind the Falcons in the standings.

None of that mattered as the Falcons were sloppy, individualistic and clearly took the Panthers too lightly.

Pelham, meanwhile, worked hard from start to finish and were full marks for the win.

“We had a flat start and we knew that team was going to work hard,” Falcons coach Dan Fitzgerald said. “We let them get underneath our skin and at the end of the day the effort wasn’t there and that’s unacceptable.

“We didn’t clear the defence well enough, we didn’t support the goaltender well enough. Everyone in there did not give us a good enough effort, coaching staff included. We have to figure out where we can be better.”

Fitzgerland is curious to see how his charges bounce back from the effort Sunday night in Welland.

“If we dwell on this and let us define us, then we are in big trouble,” he said. “We have a growth mindset that this failure will make us better. We can learn from it and why things got to this point and go out and correct them.

“At the end of the day it’s just one game in a long season and we have a great group of players and are confident in who we have here.”

Fitzgerald did not appreciate some of the selfish play, particularly early on.

“That’s not how we play,” he said. “We saw a lot of that in the first period and a little less in the second and came back with a pretty decent third period but we took too many penalties and that didn’t allow us to truly come back in the game.”

Across the ice, former Falcons coach Mark Barrick was thrilled to see his players rewarded with a win.

“You know me, I don’t care what anyone thinks. This is all about those 20 players in that room and becoming a hockey club,” Barrick said.

Barrick felt his club’s record was a bit misleading coming into the game.

“We were in a lot of those games and we weren’t rewarded,” he said. “It’s good for them to get that reward. We worked hard for it tonight.”

The Panthers emerged with a 2-1 lead following a sloppy, penalty-filled opening period.

Adam School and Chris Webber scored for Pelham sandwiched around a power-play goal by Tanner Ferreira. The Falcons held a 13-9 edge in shots.

St. Catharines tied the game early in the second on a goal by Noah Perlic before the Panthers responded with a pair of goals to go up 4-2 after 40 minutes. The Falcons outshot the Panthers 13-9 in the period.

It was more of the same in the third as Pelham built a 6-4 lead before the Falcons narrowed the gap to 6-5. Jared Hill then netted an empty netter to put the game out of reach.

Falcon facts: Perth Swick, Joshua Chariot and Carson Eden were scratched for the Falcons . . . Tyler Kennedy, Brendan Bouvier and Francesco Gigliotti did not dress for the Panthers  . . . The Falcons came into the game with the No. 1 ranked power play (30.4 per cent) and the No. 2 rated penalty kill (92.2 per cent).

Frank Pucci collected a pair of goals and two assists to lead the Niagara Falls Canucks past the Thorold Blackhawks Friday at the Gale Centre.

Up next: The Falcons are in Welland Sunday at 7 p.m. and home to Niagara Falls Tuesday at 7p.m.