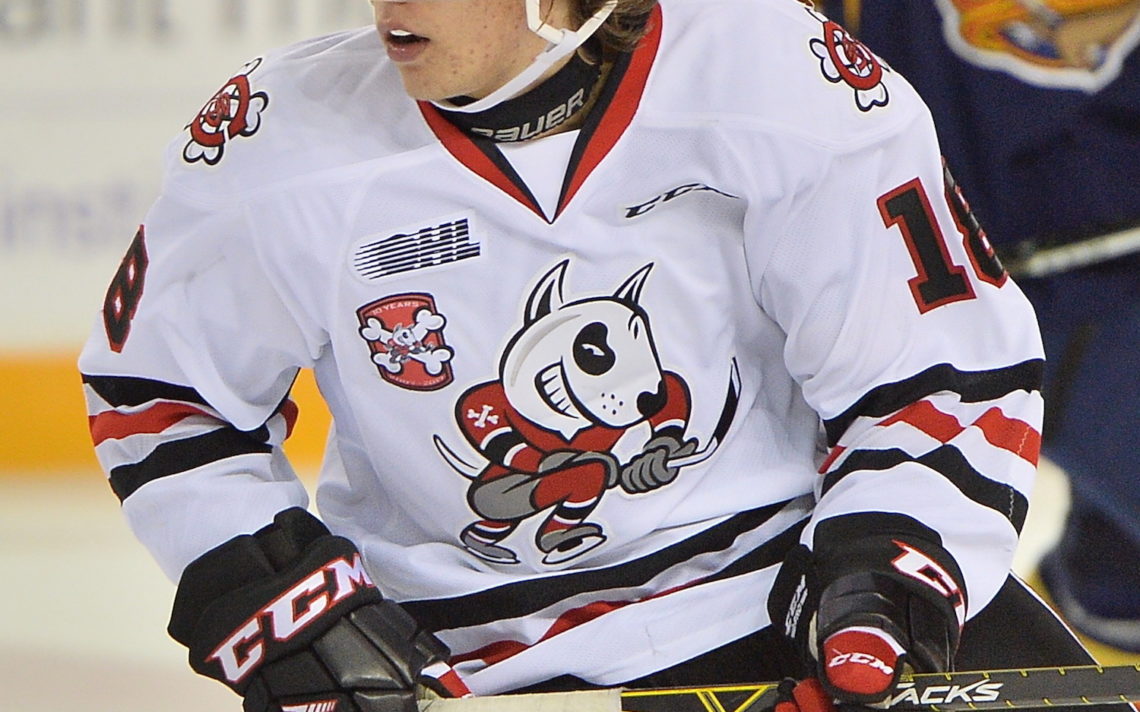 By Bill Potrecz
Matthew Philip scored in overtime to five the Niagara IceDogs a 5-4 win at Oshawa Friday. PHOTO BY: TERRY WILSON/OHL IMAGES

The Niagara IceDogs rebounded from their worst effort of the year to pick up a 5-4 overtime win over the Oshawa Generals in an Ontario Hockey League game Friday night in Oshawa.

“It felt great,” Niagara coach Billy Burke said. “We had a pretty long meeting with the guys before we left for Oshawa. We really went through last night’s game with a comb and called a lot of guys out for a lot of things that just weren’t acceptable.”

Burke loved the way his charges responded to the meeting.

“If they weren’t a high character group of guys they could have easily folded or felt sorry for themselves but they didn’t. They wanted more from themselves and from each other and it was great to see them bounce back and get rewarded for playing the right way.”

Matthew Philip scored the winner, his first of the season, 3:26 into the extra period seconds after Stephen Dhillon made a game-saving stop at the other end.

“Matthew has had a tough start to the season but he competed and did everything the right way and it was great to see him get that overtime goal. He definitely deserved it,” Burke said.

Each team scored a pair of goals in a wide open first period.

Danial Singer and rookie Ian Martin, with his first OHL goal, scored for the IceDogs while Allan McShane and Kenny Huether replied for the Gens.

Ben Jones then went to work and set a record for the two quickest goals in team history when he scored twice 20 seconds apart in the second period.

“It was good to see Jones, who was blocking shots, get rewarded with two goals,” Burke said.

The Generals responded with a pair of their own in the second by Domenico Commisso and Kyle MacLean.

The teams then played a scoreless third period.

“Our specialty teams were really dialled in,” Burke said.

“We came out with a real good feeling and some real positives, especially after Thursday night,” Burke said. “It’s never easy to bounce back but the guys have great self-accountability.”

The IceDogs are in Hamilton Saturday and then are off until next Friday when they travel to Guelph. They do not play at home again until Thursday, Oct. 19 against Mississauga.