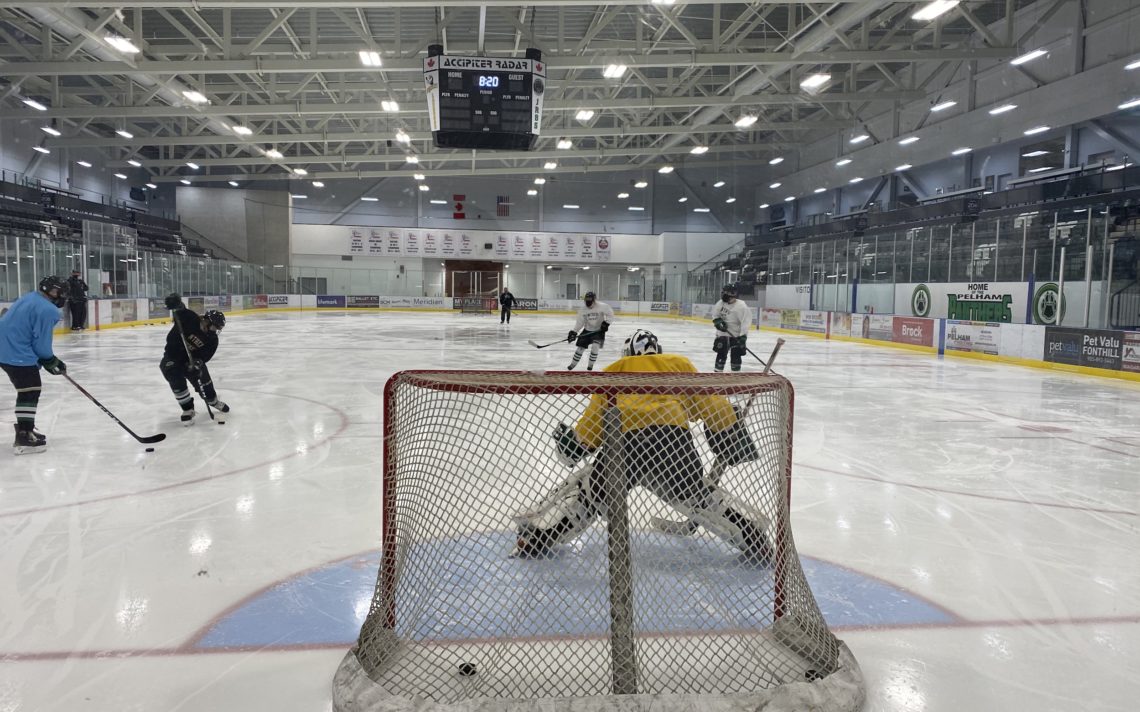 The Pelham Panthers returned to the ice this week and head coach/owner Tim Toffolo said he has never seen a group of players so eager to practice.

“The guys were ecstatic,” Toffolo said. “They’re happy to be back on the ice, just to be able to go out and do something they love that they haven’t been able to do for two-and-a-half months.

“It was huge for them. They all had smiles on their faces.” 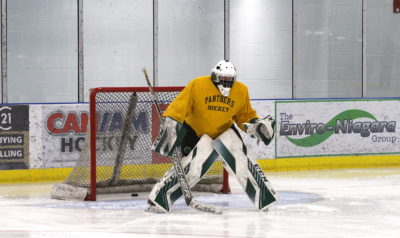 The Panthers were able to return to practice at the Meridian Community Centre in Pelham when Niagara was declared a red zone, which permits up to 10 players and two coaches on the ice.

“Being back was nice,” Panthers forward Jordan Tutt said. “We took a long time off and it was good to get the skates on again. The lungs weren’t feeling too great but in no time we’ll get them back and ready to go.”

The Panthers had been getting their share of ice time and then some before the lockdown at Christmas, playing 20 exhibition scrimmages versus the Niagara Falls Canucks, Thorold Blackhawks and Fort Erie Meteors, while also practising several times a week.

“We were really fortunate before,” Toffolo said. “It was wonderful. We got in a lot of time on the ice, but it was a long two-and-a-half months of not coming back to the arena, not being on the ice, not doing what they love every day.”

Tutt admitted the down time was difficult to deal with after being so active.

“This whole year has been up and down,” the 19-year-old native of Erin said. “It’s been hard to deal with it. You go from five days a week and then the next week we’re down to nothing for a couple of months. It was tough for sure.

“I’m here for school too so I had something to take my mind off it. Some are just here for hockey and it’s hard when you’re not doing too much. It does a toll on everybody.”

For now, Toffolo indicated the Panthers will be on the ice four times a week, with two 45-minute sessions for each group.

“We are committed to the guys and their development,” he said. “I’d like to continue doing whatever we can do for March and April. Hopefully, that’s going to translate into going into an orange or yellow sometime soon, but we just don’t know.”

Ideally, Toffolo would at the very least like to see his charges be able to play more non-contact scrimmages going forward.

“The games are really what we want to get back to,” he said. “This is only going to work for so long. We did red in the summer and after two or three weeks it’s really tough.

“We really do need to get back into some form of something else.”

The Greater Ontario Junior Hockey League has not released a statement on their plans going forward.

Tutt is trying to take it all in stride.

”This year I’ve opened up to whatever comes is OK because it’s weird year,” he said. “Whatever happens, happens at this point. I’m not too focused on having a season now. I feel that would get my hopes up for nothing.

“As long as we can get a couple of games in here and there and practice and be on the ice, it will help.”

At the very least, Toffolo has been pleased his players have had a good deal of ice time.

“I can’t speak for any other team, but our kids, we had them going in August and I can look at the (ice) time they got and they will have actually have the same amount of time they would in a normal season,” he said. “We’ve provided them with the ice time they would normally get.”