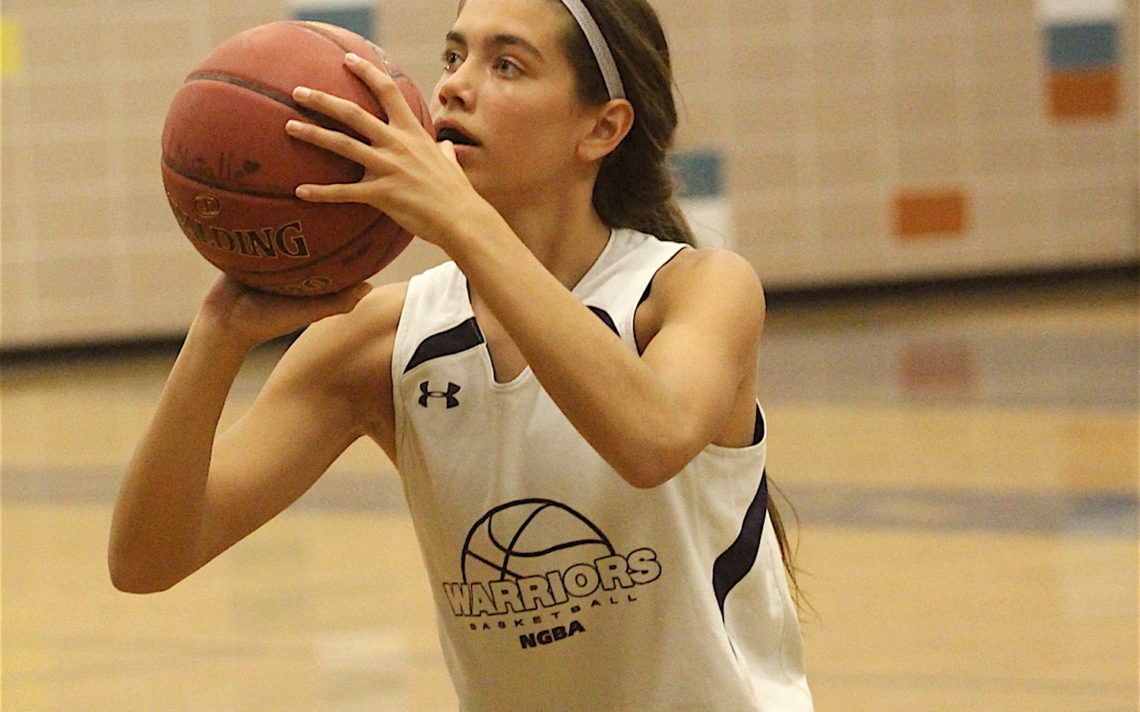 One of Ontario’s best

Already a talented basketball player, Emma Koabel received an added boost when she grew more than four inches in the past year.

While some teens experiencing such a spurt may take a while to get used to the added height, the 13-year-old Port Colborne resident quickly adjusted to her increased altitude.

“I tried to keep my strength up and keep everything else good,” she said. 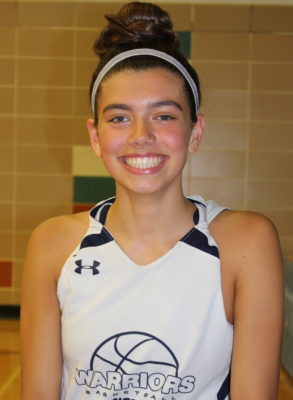 Welland Warriors head coach Dave Picton, who coaches Emma on a Welland Warriors under-14 team that is the top-ranked squad heading into this weekend’s Basketball Ontario Division 1 championships in Mississauga, has seen Emma work extremely hard on her defence.

“Because she grew so much, she hasn’t developed that strength to go side to side,” he said. “When they (teens) get that first growth spurt, they lose that side-to-side explosiveness, but her anticipation and her basketball IQ gets her right there with some of the best kids I’ve coached.”

The Grade 8 student at St. Patrick Catholic Elementary School in Port Colborne recently was named to the Team Ontario Under-14 squad along with teammate Lara Cook. Emma is well-deserving of the recognition.

“Emma has probably, within our team, developed the most basketball IQ to a point where she is probably one of the best players (born in) in 2002 in Ontario,” Picton said. “She shoots the three as good as anyone I’ve seen, she has great intelligence on the floor and she’s long.”

With added ability, Emma has seen her confidence sky-rocket.

“Within our team, she has taken on the leadership role,” Picton said. “Knowing we need a big bucket, she is willing to take that shot, If we need to settle things down, she’s the one to do it.”

Emma, who plans to attend Lakeshore Catholic in the fall, is happy with the strides she has taken on the court this season. 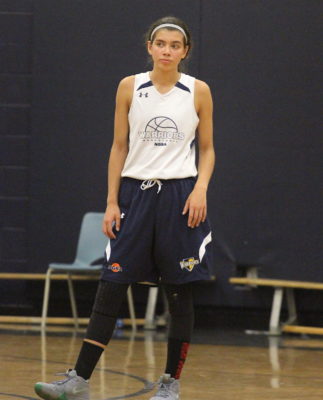 “I have definitely gotten better at defence and driving to the net,” she said. “I’ve become more of a defensive stopper and I try to drive to the net where I get the ball.”

This year was the first time she tried out for Team Ontario.

“I was hoping I was going to make it and I tried my hardest the whole time,” she said.

At the final tryout, Emma was called into a room by one of the team’s coaches and told she had made the squad.

“I was just so happy and she asked me if I accepted and I said ‘of course.’ ”

The team will play in tournaments in Chicago and Washington and she’s looking forward to the experience.

“I’m excited about meeting more girls and getting to play in different places,” she said.

The six-year member of the Welland Warriors travel system has lofty goals for the sport.

“I want to play for an NCAA school and then maybe even getting drafted into the NCAA,” she said.