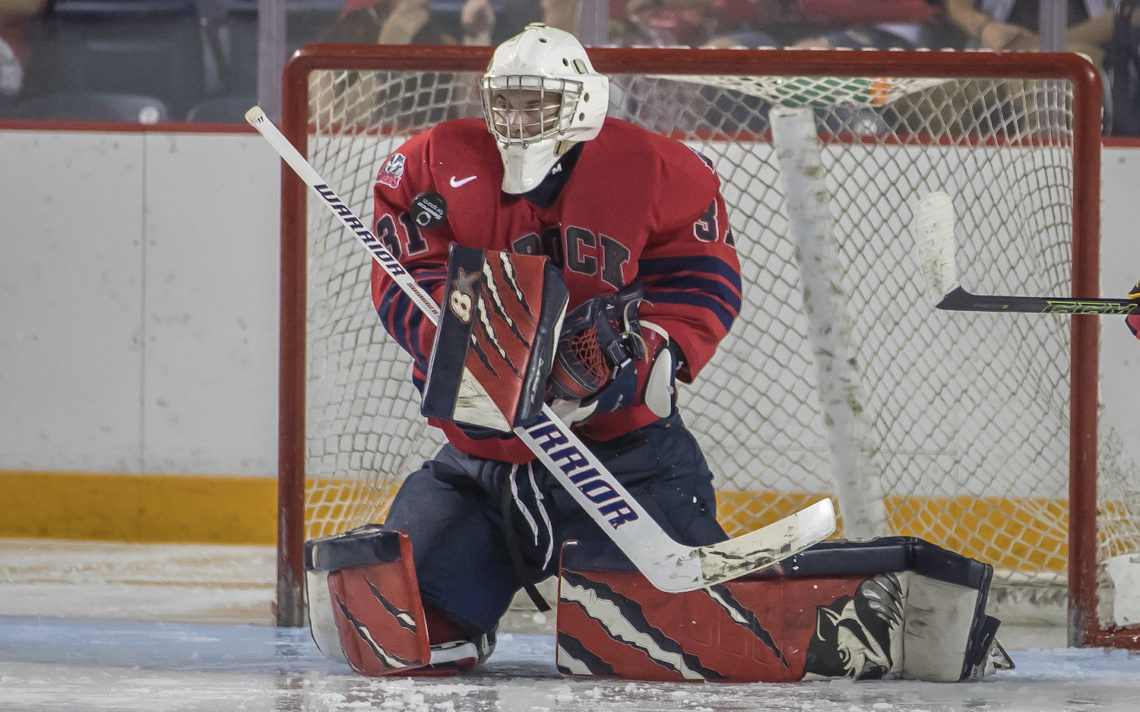 The Brock Badgers men’s team earned gold for the first time in over at decade at the Ontario University Athletics curling championship at the Community First Curling Centre in Sault Ste. Marie.

The Badgers finished the tournament with a 6-3 record after five days of competition, then came out on top in a nail biter game over OUA silver medalists, the Ryerson Rams. A single in the eighth end gave Brock a 6-5 win and their first gold medal since the 2006-07 season.

“This is my first title since this is my first year of university,” Lemieux said. “It’s kind of surreal and hasn’t really sunk in. The fact that it was in my hometown was amazing.

“Having my friends and family come out made it even better. We had huge crowds cheering us on all weekend.”

The six medalling teams will advance to the national championships at the University of Alberta in March.

The No. 2 ranked men’s basketball team had its12-game win streak come to an end, dropping a 96-83 decision to the Windsor Lancers on the road Saturday night.

Brock had four players in double figures, led by Johneil Simpson with 22 points and seven rebounds. Daniel Cayer contributed 16 points and 10 rebounds and Cassidy Ryan and Dani Elgadi chipped in with 14 and 12 points respectively.

The Badgers finished the OUA regular season with a school-best 21-3 record and will host the winner of a nOUA quarter-final matchup between McMaster and Laurier Saturday at 7 p.m. Tickets are available at the Walker Sports Complex Welcome Desk.

The women’s basketball team ended its season with a 68-50 loss to the Lancer, finishing the season in seventh place in the OUA West standings with a 6-18 record. 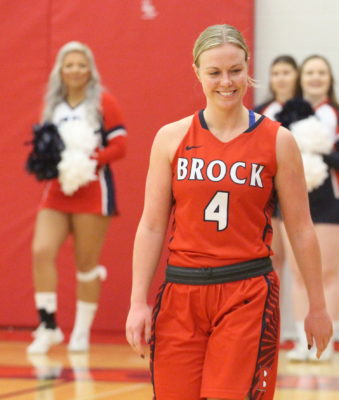 The No. 5 seed men’s hockey team defeated the No. 4 seed Laurier Golden Hawks 2-1 Friday night at the Seymour-Hannah Centre to sweep the best-of-three series 2-0 and advance to the OUA second round for the first time since 2012.

Matt MacLeod and Dexter Weber scored for the Badgers.

The Badgers opened the series with a 3-0 win on the road.

The Badgers meet Guelph in the second round starting Wednesday at Guelph.

The women’s hockey team ended the OUA regular season with a 3-1 loss to the York Lions Saturday afternoon at the Seymour-Hannah Centre.

In goal, Brock starter Julia Pettella got her first start of the season and registered 28 saves in the loss.

The Badgers, who finished seventh in the OUA standings, will open the playoffs this week against the second place Guelph Gryphons in a best-of-three series.

The victories improved the Knights’ regular season record to 14-6, solidifying their position at fourth spot in the Ontario Colleges Athletic Association West Division.

Leading the offence was guard Mary Ingribelli of St. Catharines with a game-high 25 points.

Ingribelli was honoured for setting the Knights’ single season scoring record with 382 points.

The Knights will have a week off before hosting the OCAA crossover game Feb. 25 at Welland Campus Athletic Centre. The OCAA East Division opponent will be  determined once the regular season standings have been confirmed. The winner of Sunday afternoon’s matchup clinches a berth inà this year’s OCAA Championships at Humber College. Tip off is scheduled for 2 p.m.

In their final two regular season games, the Knights men’s team defeated the Sault Cougars 95-52 Friday and 107-77 Saturday. The victories improve the Knights’ regular season record to 13-7, putting them two points up on the Lambton Lions for fourth spot in the OCAA West Division.

The Knights were paced offensively Friday night by rookie guard Johnnie Richardson. The Niagara Falls native led the club in both points (21) and assists (seven).

Leading the offence Saturday for the Knights was veteran guard Levi Mukuna with a game-high 23 points, while contributing eight rebounds and six assists.

The Knights now automatically quality for the upcoming OCAA Championships as hosts. The event will be held March 1-3 at the Welland Campus Athletic Centre.

The Knights were paced offensively by the outside hitting duo of Jordan Koslowski and Rachel Rivers who contributed with 21 kills and 19 kills respectively.

The men’s volleyball team defeated the visiting Durham Lords 3-0. With the victory over Durham, the Knights advanced to the OCAA Championships at Georgian College.

The Knights are back in action Thursday against the host Georgian Grizzlies in the first round of the OCAA Championships in Barrie.

Athlete of the Week

Mitch Sawatsky of the men’s volleyball team is this week’s male athlete of the week.

The outside hitter from St. Catharines earned athlete of the week honours after his impressive 16-point performance a 3-0 crossover win over Durham. The Eden High School graduate finished Sunday afternoon with 13 kills, two service aces and one block.

In his second year with the Knights, Sawatsky has been a solid contributor in the  starting rotation averaging 2.7 points per set.

Mary Ingribelli of the women’s basketball team is this week’s female athlete of the week.

The veteran guard earns the award after posting 25- and 22-point performances in each of the Knights wins over the Sault Cougars.

The Governor Simcoe standout has had an incredible fourth season, setting the women’s basketball program’s single season scoring record with a whopping 382 points. Ingribelli broke the previous record of 301 points set nearly 30 years ago during the 1980-81 season by Knights’ hall of fame member Carol St. Angelo. She is also the program’s all-time leader in three-point shots made.

With her offensive performances this weekend, Ingribelli sits at second in the OCAA West Division, averaging 19.1 points per game. 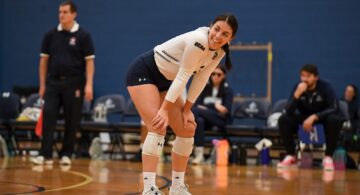