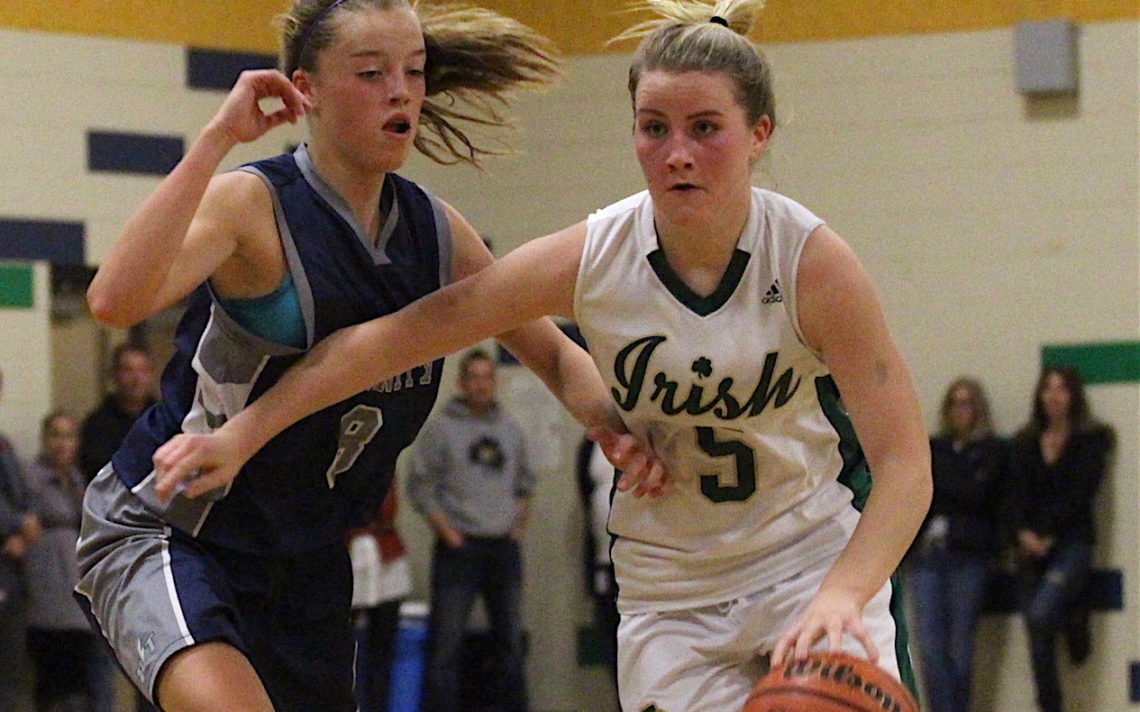 Top scorers for Notre Dame were Jameira Rousseau and Chloe Peters with 15 points, Jessica Ciolfi with 13 and Maddie Picton with 11. Blessed Trinity was led by Mia DiPasquale (12), Ella Muraca (6) and Kayla Staios (6). 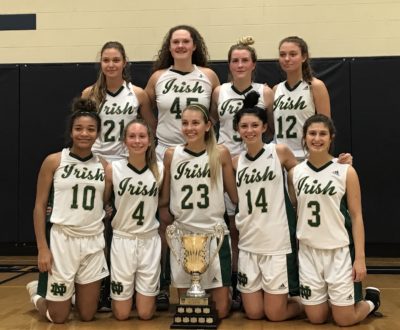 Notre Dame played Myer early in the season and won by seven points.

“They’re good,” Notre Dame coach Vince Barbatano said. “They have strong guards, a couple good forwards and they do everything well.

“They shoot the ball, they protect the ball and they are really good at offensive rebounds.”

The Fighting Irish will go into the game with an overall record of 35-3, including tournament victories at the Notre Dame, St. Francis and Welland Tribune tournaments. They also came second at the St. Mary’s tournament in Hamilton.

“We start with our defence and our press,” Barbatano said. “We put a lot of pressure on teams for the entire game and we try to wear everyone down. With our press and defence, that allows us to pick ourselves up at the offensive end.”

Like many senior basketball teams in Niagara, the Irish are overflowing with talented young players who are just starting their senior careers.

“We have three Grade 12s and everybody else is coming back,” Barbatano said. “We will have a nice young core and many more to come, for sure.”