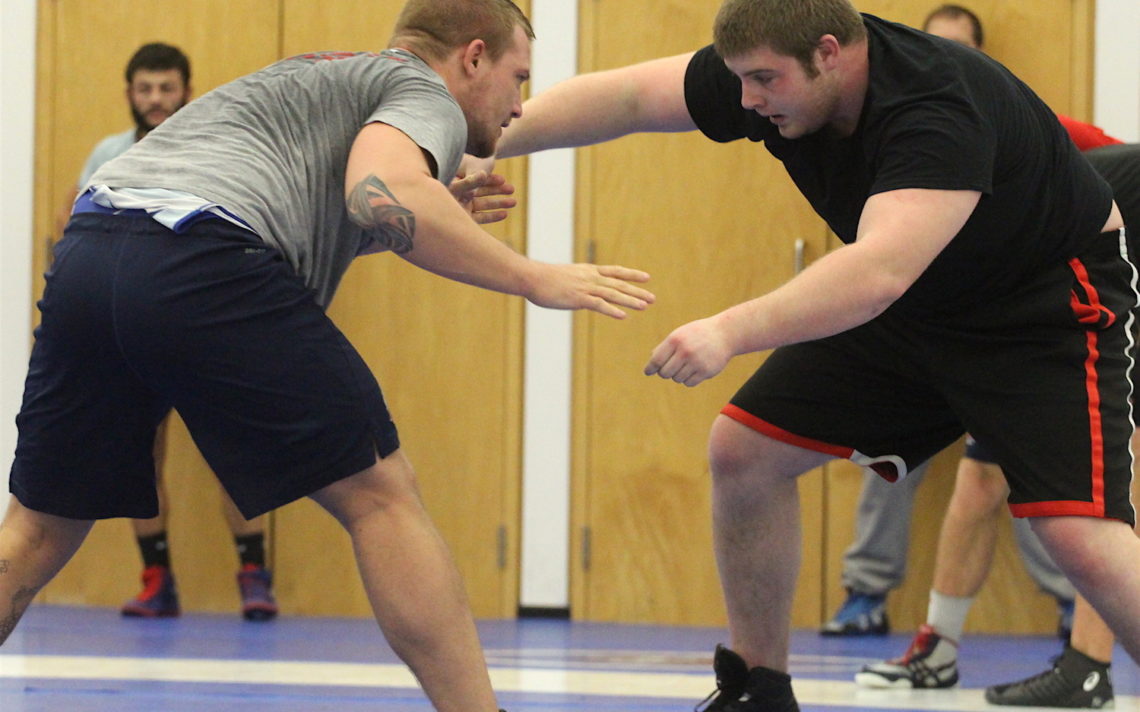 After back-to-back 10th-place finishes at the Ontario Federation of School Athletic Association championships, Jeremy Badgley was ready to take the next step in his wrestling career in 2017.

But before OFSAA, the second-year Grade 12 student at Thorold Secondary School suffered a concussion at the provincial junior championships and he was unable to compete. 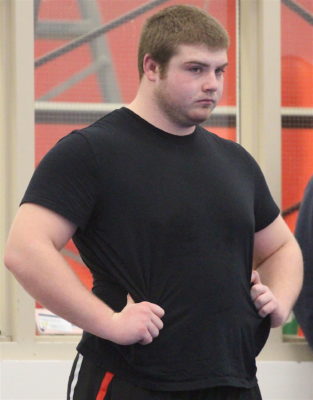 “I must have got a head butt or something,” he said. “I’m not really sure what happened.”

The 18-year-old has returned to high school this season for one more kick at the OFSAA can.

“I want to redeem myself a little bit,” the Brock Wrestling Club member said. “For me, OFSAA is the next step.”

Badgley has already taken a number of other steps in the past eight months. He placed second in the 125-kilogram division at last year’s Canada Games and recently placed second at the Ontario junior championships.

“I have improved my training and I train a lot more often,” he said. “I try and come to Brock as much as I can.” 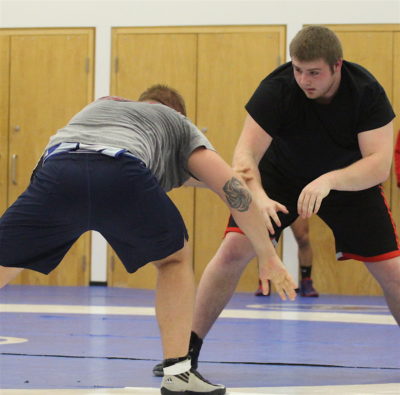 Coming to train at Brock has probably been the most important development in his wrestling career.

“I definitely get beat up a little bit,” he said, with a smile. “That helps a lot.”

“He is a good athlete and has really good hands,” Calder said. “He’s a really, really nice kid and I think we have to find a way to get an edge to him out on the mat.”

Badgley agrees that he’s a tad too nice.

“My personality is that I am not a mean guy and people call me a teddy bear,” he said. “What it means with wrestling is that you can’t really be a nice guy. You have to be a bit of an A-hole.”

He is trying to work on increasing his mat meanness.

“You have to keep a high pace the whole match and not really relax,” he said. 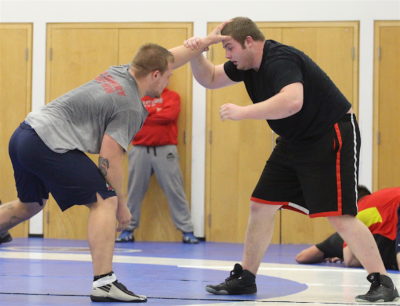 Badgley will be in action this Thursday at the Zone 3 and 4 wrestling meet at Blessed Trinity and he would have to be considered the favourite in his weight class.

His immediate goals are to qualify and do well at OFSAA.

“After that, we will see where I am.”

He is not sure what his long-range future is in wrestling but he plans to continue training.

“I am taking a year off to work, but I am still going to wrestle here at the club,” he said.

Brock is the perfect place to train.

“I am fortunate because I live five minutes away from here and it is the best school in Canada for wrestling,” Badgley said.