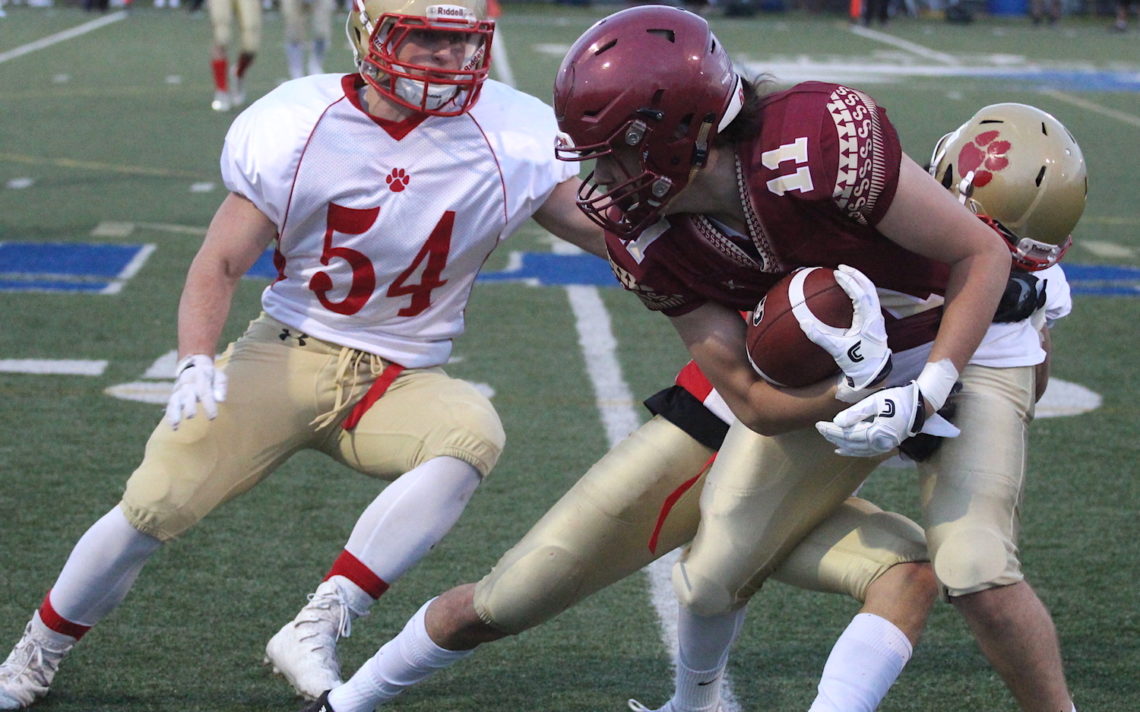 Justin Succar had a pair of touchdown receptions to lead the Niagara Spears varsity football team to a 39-9 romp over the Mississauga Warriors.

Also contributing to the victory were: Jacob Tessier and Adrian D’Gyves with two touchdowns; and,