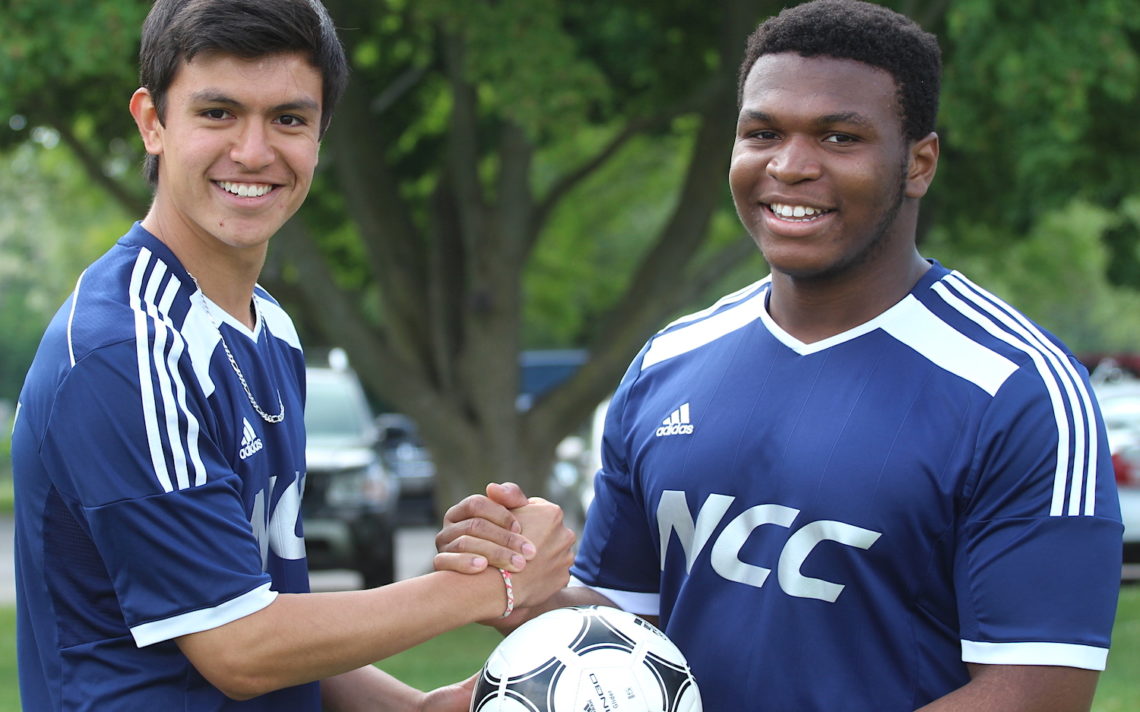 Three year ago, the Niagara Christian Collegiate Navigators decided to put in a bid to host the Ontario Federation of School Athletic Associations A boys soccer championships.

It is the first time the event has been hosted by a Southern Ontario Secondary Schools Association school in more that a decade.

Head coach James Kryger knew he was in for a challenge to get his team ready for the provincial championships after losing nine starters to graduation.

“We didn’t expect such a good year, but we also started really early with the boys over the winter training,” he said. “We knew it was the OFSAA year and (it was) let’s take it a little more seriously. That has helped us out a lot.” 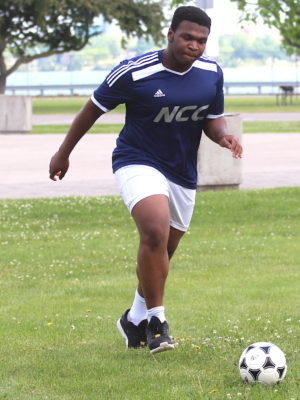 Niagara Christian went 6-0 competing against single A teams in Zone 3 and 4, but lost 1-0 to Heritage Christian in the SOSSA semifinals.

“We played our worst game of the season,” Kryger said of his team, which lost Guido de Bres in last year’s SOSSA final.

Rather than focusing on Heritage, the Navigators were thinking of a SOSSA rematch versus Guido de Bres.

“We thought we could just show up and we would be playing in the afternoon game and that didn’t happen,” Kryger said. “They scored in the first minute and it was the first game all year that we didn’t score.”

Grade 11 starter Obinna Ikeonu, a 16-year-old from Nigeria, described the loss as a reality check.

“We were undefeated for six games and our confidence got too high and we became complacent,” he said. “We showed we were human and could lose and it was something to learn from.”

The host school enters the OFSAA tournament with confidence.

“Niagara Christian has a good draw,” Kryger said. “We have some teams within our bracket that are good teams, but I feel confident that we can get one of the two spots.”

There are four five-team pools and the top two teams from each pool advance to the quarter-finals.

A team with hopes of winning a medal will have to play six games in three days.

“It all comes down to playing to the game’s needs,” Ikeonu said. “Each game will require different things to win. One game, we might have to play more defensive and the next game we might have to come out of the gate attacking.”

He feels his team has a lot of depth.

“Each player is going to have to play their role on the team to be successful,” Ikeonu said. 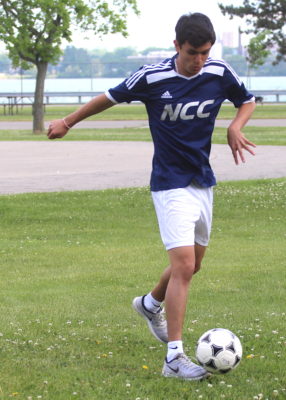 Christian Rodriguez, 19-year-old Grade 11 student from Mexico, feels the Navigators are a strong team because of their unity.

“All the group is together and we support each other and we all play for God,” he said. “Our focus is to give our all for God and worship him. I know it’s a different way but we show our skills and enjoy it.”

Ikeonu has see the team has come a long way since last season.

“This year, we have really come together as a team,” he said. “We might not be the best individually, but we play for each other. We have some good players, but the rest of us are hustlers and that makes us better as a team.”

Rodriguez is confident heading into OFSAA.

“We are really excited and we believe in ourselves. We think we can do well and we are hoping to win the tournament,” he said.

“We feel confident because it’s our field,” Rodriguez said. “We have been practising there and we are comfortable there,”

Rodriguez and Ikeonu will be important to any success the Navigators have.

“Christian, from a technical standpoint, is one of the best players in the region and Obinna, from a hustle and physical standpoint, sets the tone,” Kryger said. “It’s between those two players where we been able to score 20-plus goals this season.”

In fact, the Navigators outscored their opposition 20-1 this season.

“Our communication has definitely improved,” Ikeonu said. “People weren’t talking so a couple leaders had to step up and get people talking, calling people on their weaknesses and praising people when they did well.”

The OFSAA tournament runs Thursday to Saturday. Games will be played at Patrick Cummings Park in Chippawa, Optimist Park in Fort Erie and at Niagara Christian Collegiate on the Niagara River Parkway.

“We wanted to use Niagara and not just Niagara Christian Collegiate and the teams are staying all over the place,” Kryger said. “They are staying in Welland, Niagara-on-the-Lake and elsewhere.”

The semifinals and medal matches will be played at Niagara Christian Collegiate on Saturday, The semifinals will be held at 8:30 and 10 a.m. followed by the bronze medal game at 1:30 p.m. and the final at 3 p.m.

Ridley College is also playing in the tournament. The Tigers enter the OFSAA championships with an overall fall and spring record of 11-9-3. It is the eighth straight year Ridley College has advanced to OFSAA.

“The team has many returning players with OFSAA experience, including some with three years at the provincial finals,” head coach Paul O’Rourke said.

“Each year represents a new OFSAA challenge and this year’s squad will hopefully advance from a very competitive group to make it to the knock-out phase,” O’Rourke said The goal is to be playing on Day 3 (the medal rounds), but an awful lot of work will need to be done for that goal to be realized.

“This team competes with grit, has experience, and expects to play hard in each match.”