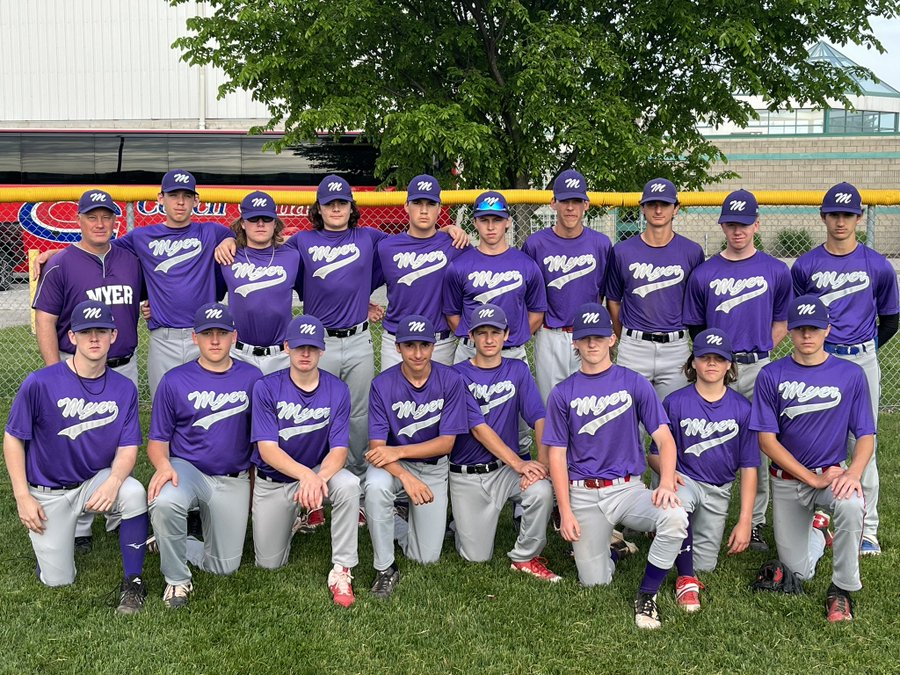 The A.N. Myer boys baseball team has advanced to the Ontario Federation of School Athletic Associations Final Four this Wednesday after compiling a 3-1 record in Windsor last weekend in West Division action.

The Marauders defeated St. Michael’s of Toronto 4-2, Burlington Nelson 6-2 and St. Charles of Sudbury 6-0 to punch their ticket to the Final Four in London. Myer’s lone setback was a 4-3 loss to Villanova of Windsor which relegated the Marauders to the fourth seed in London. Myer will play top-seeded Maxwell Heights of Oshawa in the semifinals while the other semifinal will see Villanova against Toronto’s Father John Redmond.

Myer was led by its strong pitching and defence which held the No. 1, 3, 4 and 8 seeds to six runs over four games.

“Every team at OFSAA is solid,” Myer coach Dave Buchanan said. “They all hit, play good defence and have deep pitching. Our guys were up to the challenge every time. It was great baseball and we’re quite proud of them all.”

When the last full season of high school baseball was played, Myer won the Southern Ontario Secondary Schools Association championship and made it all the way to the OFSAA gold medal game before losing 7-6 to Humberside of Toronto. The Marauders made it OFSAA in 2015, 2016, 2017 and 2019 and improved every year, finishing seventh, fifth, fifth and second.

Left hander Joe Baka and righty Niko Valvo combined for a final game shutout of a senior-laden St. Charles of Sudbury. Baka helped himself out with two pickoffs, one at first and the other at second late in the game. Infielders Bateman, Zach Whalen and Andrew Behring turned it into a double pickoff by also getting the runner at first in a rundown.

“I’ve never seen that before,” Buchanan said. “Not the best baserunning to be sure, but our guys were really aware and smart, it helped in a big way that inning.”

In the win over Burlington Nelson, Whalen and Eric Iseppon combined for the shutout.

“Zach didn’t have his best stuff actually, but he gutted it out and Eric was full measure for the save,” he said.

Behring, Somerville, and Burdon all pitched well against St. Mike’s and Villanova.