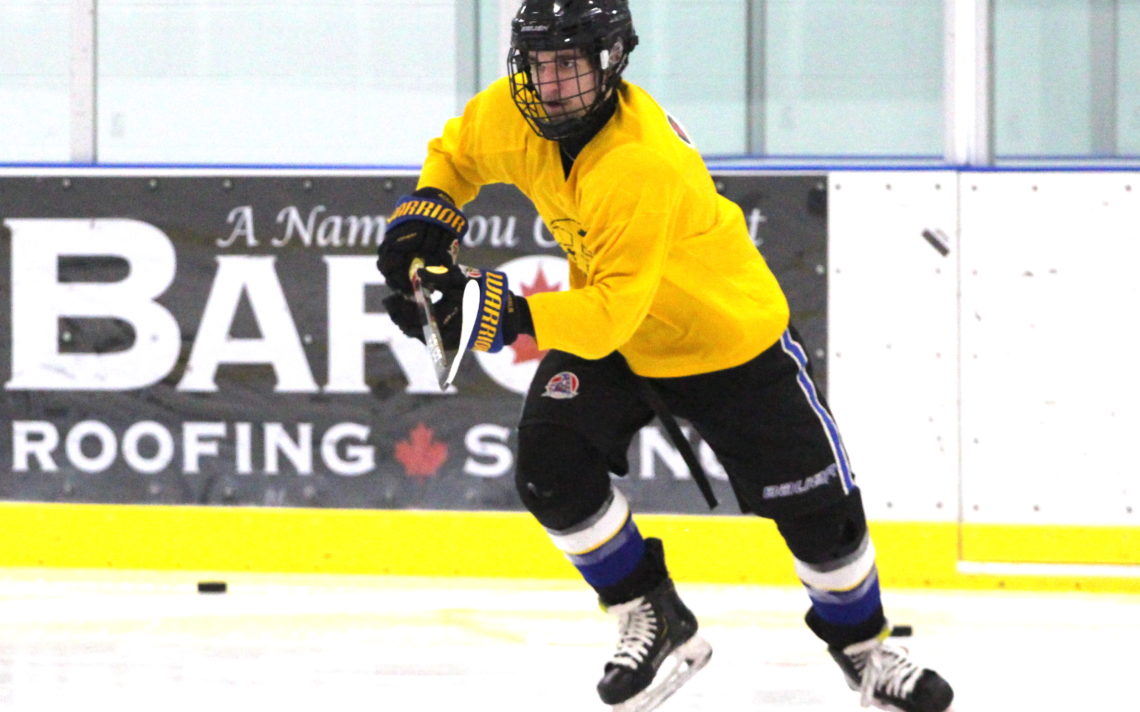 Move pays off for Reid

Chris Reid wasn’t quite sure what to make of it when he was asked about moving to forward from his familiar spot on the blueline.

The 15-year-old Niagara Falls native was a solid rearguard for the Southern Tier Admirals U15 squad when head coach Steve Webb approached him about the switch.

Reid quickly showed he had all the tools to be a successful — even a dominant — forward.

“My first time at forward was for a Marlies Tournament and I was top 10 in points in the tournament,” said Reid, a Grade 10 student at Saint Michael Catholic High School.

“It’s way more fun than defence. Once you get the puck on your stick you know you have to do something with it.” 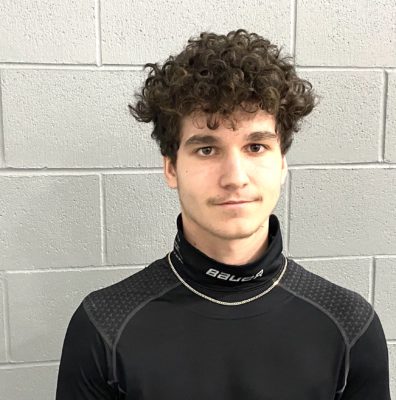 Reid was put on a line with Dylan Lariviere and Sam Tonelli and the unit quickly clicked to become a potent offensive force, finishing second as a line in scoring in the South Central AAA circuit.

“Last year we had a lot of points,” Reid said of his line. “I was a goal scorer and playmaker. I would go into the corners but that wasn’t really my job. I would be more of a set-up guy or a guy who could put the puck in the back of the net.”

Webb and his staff spotted Reid’s offensive skills and thought the move was worth a shot.

“Chris’ speed and hands are what separate him,” Webb said. “We saw more upside. He was a good defenceman but someone who we thought had a strong upside as a forward so we made that conversion and it went incredibly well.

“We relied heavily on Chris last year with his scoring skills. He really started to make a name for himself as a result. By the time we got to playoffs, teams knew they had to be keying in on Chris.”

It’s been about a year since Reid and his teammates played in a game due to the COVID pandemic. The Admirals were on the verge of a one-game playoff to advance to the OMHA finals when the season was cancelled.

The team has been able to practice in their draft eligible season, but obviously it’s not the same as games.

The Ontario Hockey League draft is normally held in April, but has been pushed back indefinitely back with the OHL season still in limbo.

“To me, it’s the only thing I’m looking forward to right now. That, and school obviously,” Reid said. “It’s all that’s on my mind but with the COVID stuff it’s tough.

“It’s pretty wracking, honestly. It’s a big step for me playing with these guys since novice until now. The OHL is big step up. It’s a way different game.”

Reid said he’s had a goal of playing in the OHL ever since he can remember.

“I’ve dreamed it since I first put skates on,” he said. “It’s always been a goal and then after that, if I can get to the NHL and see where it goes from there.”

This is the first in a series of profiles of local players who are eligible for the 2021 OHL Draft.