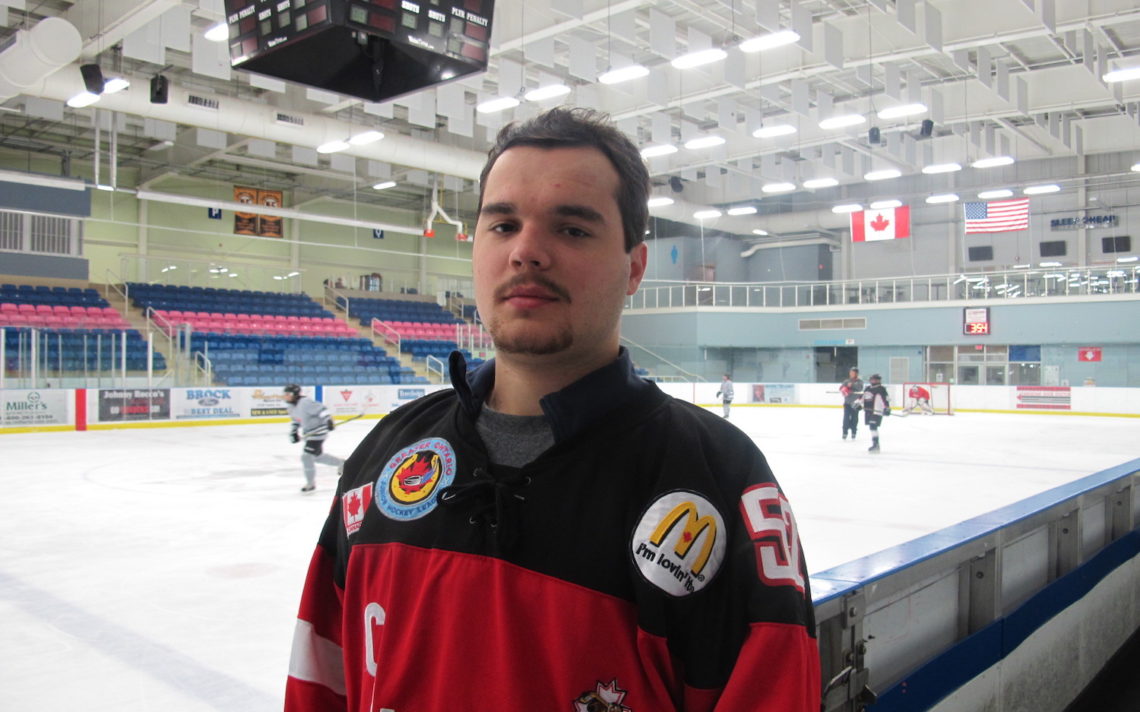 Mooney a real find for Canucks

Were it not for fluke opportunity to play defence a few years ago, Ryan Mooney’s career may have taken a completely different turn.

The Sudbury native was playing minor midget in his hometown when his coach asked for a volunteer to play defence.

“I was a forward my whole life. One game we had a couple of D hurt and I said I would step back there, and just loved it,” he said. “I think I can control the play more and be more of a quarterback and skate the puck up.

“It’s more time with the puck.”

Fast forward and the 19-year-old is a key component on the blue-line for the Niagara Falls Canucks with 18 points through 17 games this season.

Canucks coach Frank Pietrangelo points to Mooney’s skill set as a reason he is so effective.

“He’s just an elite skater. I think he’s probably the best skater in the league,” Pietrangelo said. “He’s fast and very quick. He reminds me a lot of Paul Coffey, to be honest. He’s very gifted and sees the ice well.

“He’s having a very good year for us.”

Mooney’s effortless skating style gives him ability to take off to join the rush.

“That’s his instinct, to go, go, go,” Pietrangelo said. “Greg (Johsntone) runs our defence, and has to put the reigns on him sometimes and hold him back. He’s on our No. 1 power-play unit because he’s very creative and can do some things most guys just can’t do with the puck.”

“He just wants to go.  It’s hard for him because that’s his nature. It’s tough when he’s out there late in the game to remind him to stay home.”

Rooney realizes there are times to go, and perhaps more importantly, times to be cautious and take care of his end first.

“You have to pick your spots. It’s tough to know when to go or not. You have to focus on both ends, but more the D zone.”

Mooney has been paired with local product Matthew Thorpe most of the season and the pair has made for an effective combination.

“That’s a great situation for us because he’s an experienced defenceman and he likes to go with the puck, too, but he’s very good defensively. They have that experience and can cover for each other,” Pietrangelo said.

Mooney loves having Thorpe as his partner on the blue-line.

“He’s awesome back there. He helps me out a lot and helps me out both ways. It’s good playing with him,” Mooney said.

Mooney joined the Canucks last year after starting the season with the Moncton Wildcats of the Quebec Major Junior Hockey League.

Pietrangelo jumped at the chance to acquire the mobile rearguard.

“He was the kind of player we needed. He was a right-hand shot and an offensive guy. At the time he was exactly what we needed. You don’t get many players like Ryan with that ability. He’s very unique and adds something to our team that other teams don’t have.

“When that came across our table, he was a kid I wanted. When he got here, I think he was a little skeptical. He didn’t know what to expect, but he fit it really well. He’s been a good find for us.”

Mooney admitted he wasn’t quite sure what to expect from the Golden Horseshoe League.

“At first, coming down (from the QMJHL), I was sad about it but then I realized I have to make the most of it and have loved it ever since,” he said. “I love it here. All the guys are great. Niagara Falls is a great place to play.”

Mooney has helped the Canucks to get off to a solid 13-6 start, including wins in 11 of their last 13 games.

The Canucks, who are tied in points with the St. Catharines Falcons for second place, are in Thorold Thursday and home to Buffalo Friday.