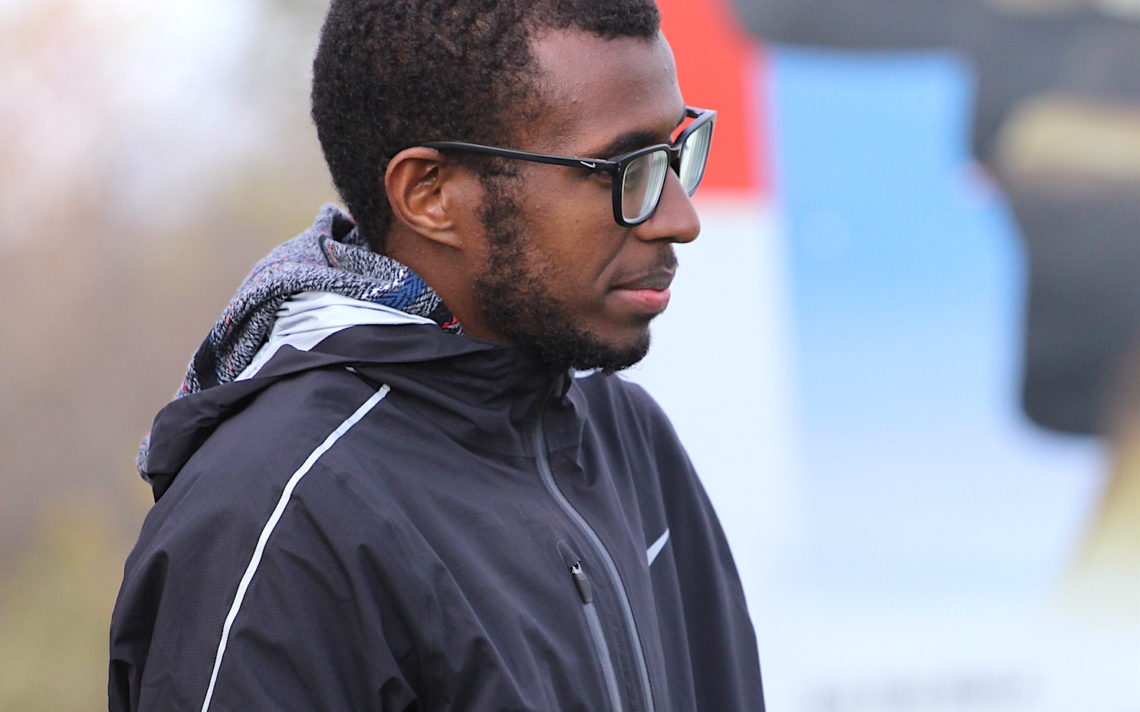 Ten years ago, prior to the start of the senior boys race at the OFSAA cross country championships at Firemen’s Park in Niagara Falls, Niagara Olympic Club coach Sharon Stewart stood listening to the announcements.

“When the announcers were highlighting the competitors, they made no mention of Mo (Ahmed). I told them they might want to look at this guy,” she said. “I had to remind them Mo was in the race and he ended up winning it.”

Rina Rode, the Niagara Region High School Athletic Association convenor, recalls the race but what happened afterwards stuck out more in her mind.

“After he won the gold medal, he was helping us take the stuff down and picking up garbage with a gold medal around his neck,” she said. “He is such a humble guy.” 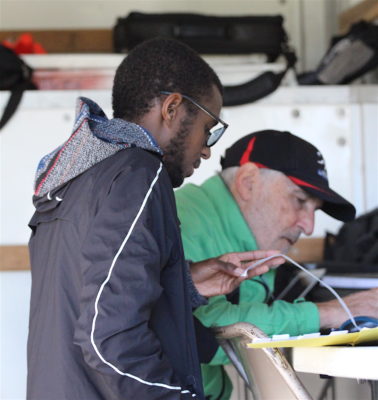 That humble guy is still exactly that. On Thursday, a smiling Ahmed returned the scene of his first major triumph to greet competitors and coaches alike at the Zone 3 and 4 cross country meet.

Ahmed drove to the meet with Stewart and both had a sense of deja vu when they arrived at the course.

Ten years ago, Ahmed was in Grade 11 and wasn’t expect to be a serious contender at the Ontario Federation of School Athletic Associations meet. Social media at the time was filled with comments discounting his chances.

“There were obviously a lot more accomplished guys than me who were coming back for that year,” he said. “It was my first year of senior and in Grade 9 and Grade 10, I was just OK.”

He didn’t even make it to OFSAA in Grade 9 and was seventh in Grade 10.

“I had a lot of improvement that spring and really improved in the summer,” the former St. Catharines resident said. “People said I was only as good as my last race and a lot of guys didn’t look at the amount of improvement I had made.” 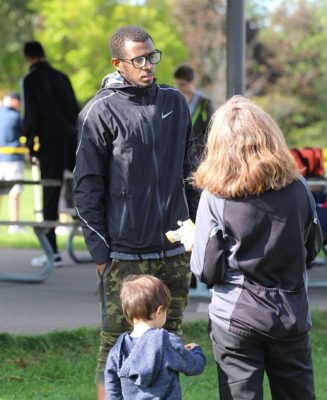 His coaches were a lot more confident and Stuart Galloway expected a bronze medal or better.

“I really believed that and the whole year I had trained for it,” Ahmed said. “My mentality was that I wanted to win.”

He trained at Firemen’s Park every Saturday and knew every nuance of the course intimately. But the week leading up to OFSAA, the nervousness, doubts and uncertainty crept into Ahmed’s mind.

“Talking to Stuart gave me reassurance on the day and I went out there with no fear.”

Once the race started, Ahmed and another runner broke away from the pack and then he made his move less than a mile from the finish line. He won the race by more than 12 seconds.

“The whole final straightaway I had my arms in the air and it was ‘Oh my God. I can’t believe this is happening,’ ” he said. “After I finished, I had a little fist pump and I walked off like nothing had happened.”

What happened was a pivotal moment in Ahmed’s career; a career that would see him set countless Canadian records and place fourth in the 10,000 metres at the 2016 Summer Olympics in Rio de Janeiro, Brazil.

“That was a defining moment in my running career and it catapulted me forward,” the former All-American at the University of Wisconsin said. “I made my first Canadian team after that and it kind of became a habit and something that I kept doing. It gave me confidence.” 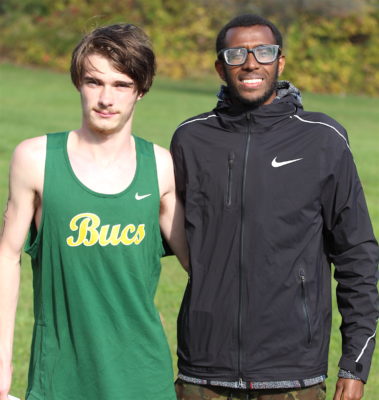 Despite all his accomplishments, his first OFSAA triumph still resonates with him.

“There’s very few races that I remember being in the moment and in the race,” he said. “You felt the pain and I fought really hard. It wasn’t an easy race.”

Winning the Pan-Am Games 10-kilometre race in Toronto in 2015 was a similar experience for Ahmed.

“I think I made some great strategic moves and I realized that’s what I needed to do to win,” he said.

Ahmed has been back in St. Catharines since late September and will return to his training facility in Portland, Ore., next week.

“It’s a chance to recharge my batteries, see my family and it’s always good to be home,” he said. “I don’t see my parents often and seeing them in person is different than talking to them on the phone.”

Ahmed finds returning home is important to his development.

“It puts things in perspective,” he said. “It’s important because, in a lot of ways, our world is confusing and to know yourself, you need to go back where you started from. One way of growing is to remember who you are.”

Next up on Ahmed’s competitive calendar are the Commonwealth Games in Australia in April.

“A lot of the competitors I will see in the next couple of years will be there,” he said. “It’s a testing block for me to get better.”

Right now, Ahmed feel like he has stalled a bit in his progress.

He believes he has plenty of time to get better and expects to be in his prime through the next two Olympic Games.

“Hopefully the goal is to win one or both events (5,000 and 10,000 metres) at the Commonwealth Games and try to run fast next summer and get better.”

Having fun will be crucial to his success.