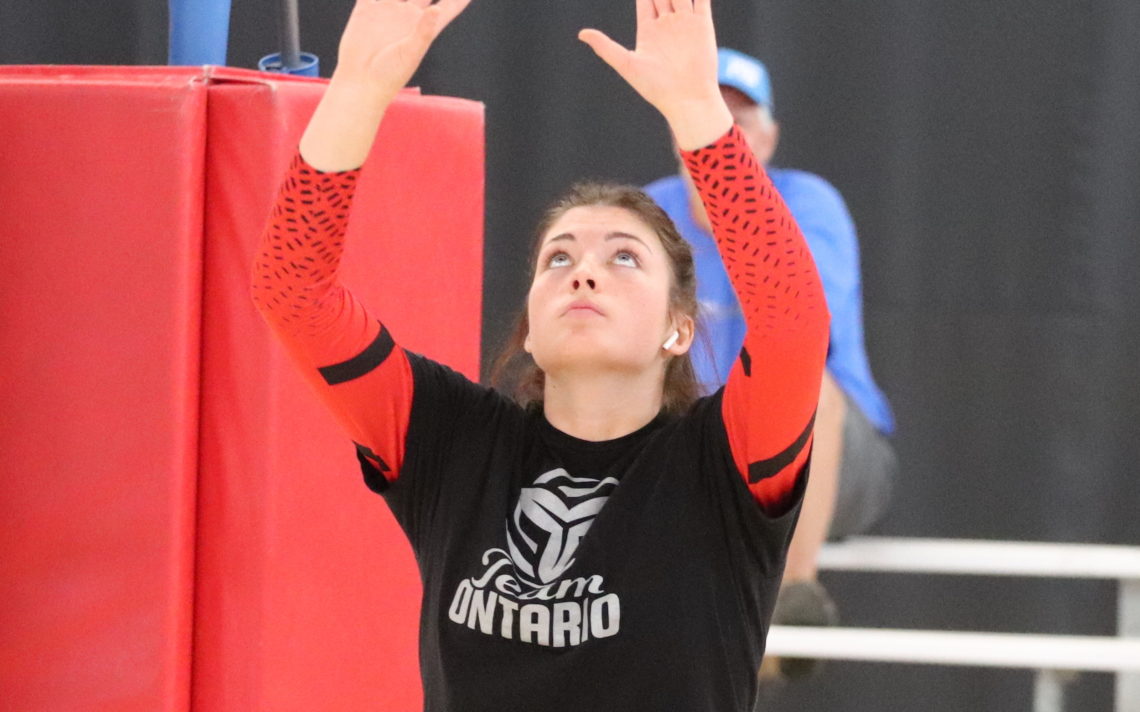 Millin excited to play at home

While Kennedy Millin is already excited at being chosen to represent Ontario, she is even more thrilled at the prospect of playing before a hometown crowd.

The 17-year-old from St. Catharines arrived in the city Aug. 14, when she moved into the Athletes Village at Brock University with the Ontario Women’s Volleyball team.

“It will be awesome, because there will be more fans and more people I know who can come down to watch me play,” she says. “My aunts and uncles, my friends; I love it when there’s a crowd.”

Millin first heard she had earned a place on Team O via email. She had attended a two-day tryout at Mohawk College earlier in the spring, but at the time, she was convinced she would get the call: “I honestly just didn’t think I had any chance at all, so I was in shock when my parents got the email and told me I had made the team.”

So, the Mountain Volleyball Club player went about finishing her high school year at Sir Winston Churchill, then jumped into training camp for the summer. The team spent the month of July in training at Niagara College, and then moved over to Mohawk in Hamilton for the first two weeks of August.

She said she is looking forward to playing the other provinces to see if they can pull off some better outcomes than they did earlier in the summer, (at the Calgary Cup), when they lost in the semifinals to Manitoba, and lost in the bronze-medal game to Quebec. “I’m looking forward to playing those teams again because I know we have improved. I’m hoping those games go well.”

Once the Games are over, Millin has just 6 short days to then get prepared for the next chapter in her education and sports journey: university student athlete. She will be playing volleyball for Queen’s while studying concurrent education.

“I haven’t had much of a summer and I have missed my friends, but it’s training, and I love it. This is my top priority – I want to play pro volleyball – so this experience has helped me 100 per cent towards that goal. This definitely helps me be prepared for Queens.”

Being named an all-star at the nationals in Edmonton earlier this year (after her team earned secured silver), and being on a bronze-medal team at the Ontario Volleyball Association championships certainly hasn’t hurt her cause either, though she is quick to note that her coaches have helped make her the player she is today. “I want to thank them, all of them, along with my family and friends, because they are the ones who got me here.”

And her progress as a player, as a result of all this provincial playing time? “My setting in general has gotten a lot better; I am more consistent with all aspects of my sets.”

She said she and fellow setter Maddy Vang will be splitting the duties during the Games, although they haven’t yet been told who the starter will be.

Carolyn Mullin is a self-proclaimed 'recovering' journalist who still likes to tell stories on the Niagara community. The Brock University and Niagara College graduate spent the first part of her career in newspaper magazine reporting, editing and publishing, where she earned provincial and national awards for her work. Today, Carolyn works in the post-secondary sector, helping local companies find innovation solutions to grow their business as partners with Niagara College's Research & Innovation division.