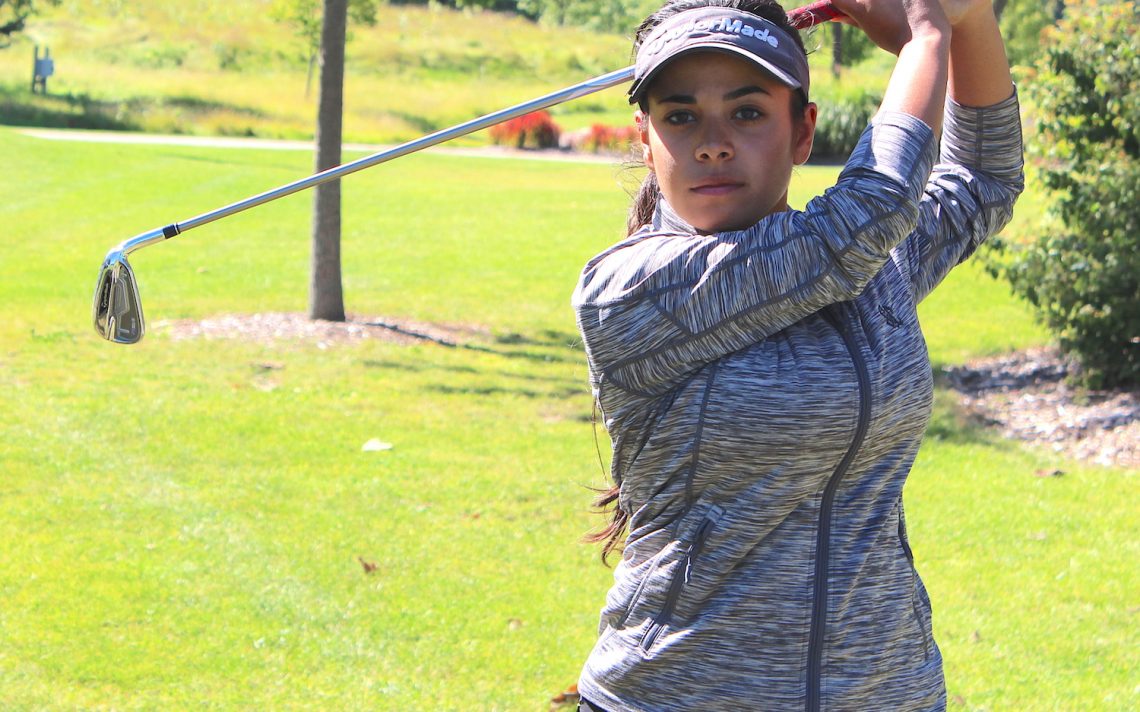 “I think I thought about the history of it the last two years and I think I got in my own way. And Chris outplayed me the last two years” Markovich said. “This year I buckled down and I was able to stay focused and not think about that part because who doesn’t enjoy winning and having a run?” Markovich has played a ton of competitive golf in her career, but those experiences seem a distant memory

“It’s all relative to the level of competitive golf you play,” she said. “The last 10 of my life weren’t the previous 10 years. It’s different stuff and that different stuff is dealing with nerves. The mental game blows apart.”

Markovich blew apart the field last Saturday before a few late bogeys and a double bogey saw her finish with a 39-35-74 and a six-shot victory over Critelli (38-42-80).

“I struck the ball consistently and my short game was really working well today, especially the putting,” she said.

Markovich entered the Champions tourney without having played a lot of competitive golf.

“I really wanted to take a summer to regroup, reassess and have fun,” the math teacher at Lakeshore Catholic said. “I’m in my forties and it’s the amount of effort you want to put in. It’s hard to keep beating ball all the time and I want to enjoy golf for a while.

“I chilled this summer and I’m glad I did.”

“It was totally different and oddly enough I felt more pressure because coming in and being one of the younger ones I felt like I should win,” the 58-year-old  said. “I didn’t play well at all and when I came in I told my daughter that I hoped I had finished in the top four. I was quite surprised.”

She was surprised and delighted.

“It never grows old,” the three handicapper said. “I am thrilled to win the senior ladies. A win is a win.”

Billyard started off with three straight bogeys and never really got it going. She was overwhelmed by the size of Sawmill’s greens which are much larger than her home course at Port Colborne.

“I’m not a great putter to begin with and I found being 30 feet from the pin I didn’t have a clue how hard to hit it.”

St. Catharines Golf and Country Club member Sukriti Harjai was the only golfer to defend her crown last Saturday at the Champion of Champions golf tournament at Sawmill.

“I never look at a tournament and how big it is,” the 17-year-old Niagara Falls resident said. “I think of it as just a normal round, I focus on shooting well and not worrying about the tournament.”

She admits to getting nervous at provincial and national events, but the intensive local tournament schedule she plays keeps her calm in Niagara. This past summer, she won the overall gils title on the Niagara Junior Tour.

“I had a few bad shots out there, but my putting saved me,” she said, “That is usually my strength.”

The Grade 12 student at Saint Michael hopes to play scholarship golf after high school and has a lot of interest in playing for the University of British Columbia.

“I want to stay in Canada because it’s a great country and I love it here,” she said. “Out west, it is even prettier.”

Harjai plans to study business and UBC was recently rated as one of the top 30 universities in the world. She met the UBC coach at the Canadian junior championship and hopes to visit the school.

Her competitive golf is not over yet for 2017. On Sept. 28, she heads to Australia as part of the Maple Leaf Tour’s Team Canada. She won the qualifier to earn the trip Down Under.

“I’m looking forward to seeing Australia and playing outside of Canada.”