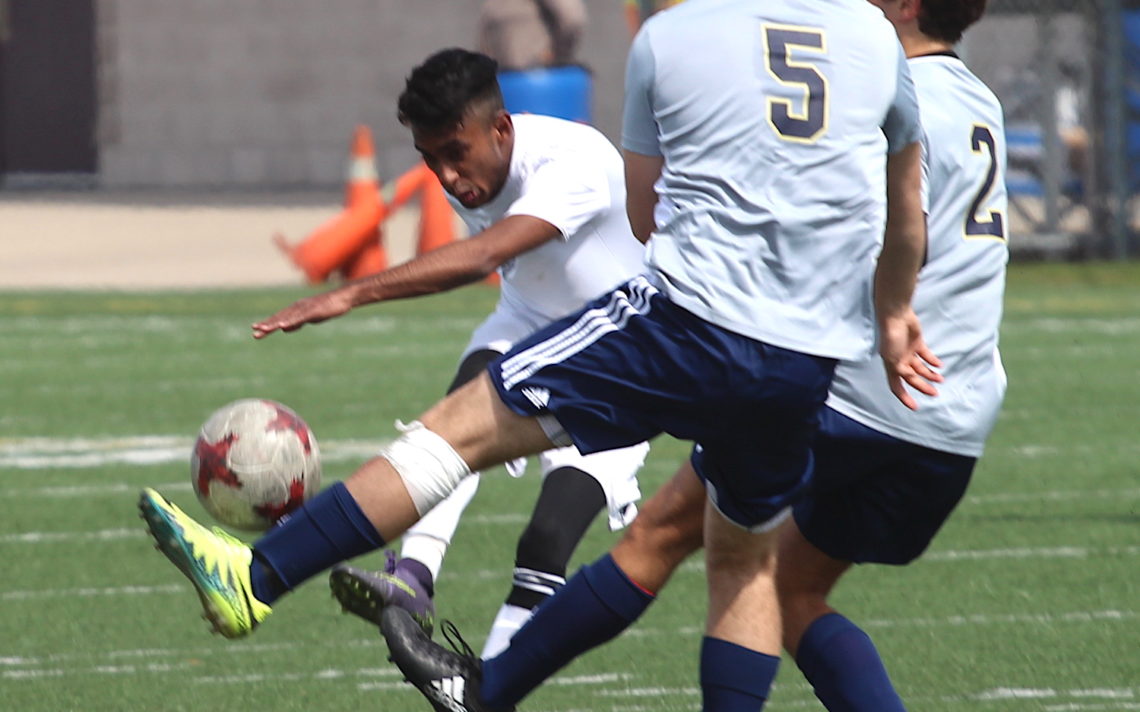 The 18-year-old player had a strong tournament as the Marauders won the final with a 1-0 victory over the Notre Dame Fighting Irish. For his efforts, the Grade 12 student was named the tournament MVP. 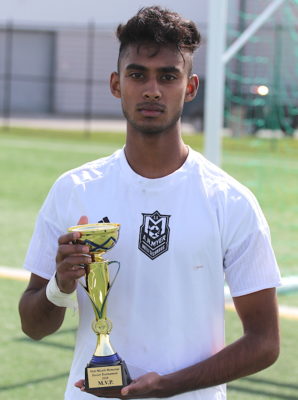 “The MVP award is definitely nice, but it’s an all-round team game and effort,” the midfielder said. “I really appreciate this, but it was a great job by the whole team.”

He wasn’t sure why exactly he received the award.

“I’m a pretty humble guy and I don’t like to talk about myself like that, but I bring 100 per cent to every game and play every game like it’s my last.

“They must have seen that out there.”

“Onesh played holding midfielder, outside wing on the right and left side and centre back,” he said. “He was used in multiple different roles based on circumstances and injuries.”

Apostolos likes most everything about Jayaweera’s game.

“He’s a leader and communicates well, he always has a positive things to say under all circumstances and, of course, he executes,” he said. “He is a fantastic soccer player with great skill and IQ, and he has a passion for the game.”

Notre Dame’s run to the final included: rallying from 2 -0 deficit to defeat A.N. Myer 4-2 in its opener, 1-0 shadings of both defending champion Saint Paul and Cardinal Newman; and, a 1-0 victory over Denis Morris in the semifinals.

“We had a great run to the final with four straight victories and we played really well,” Notre Dame coach Andrew Lucchetta said.

The comeback versus Myer was a highlight of the tournament, but the Irish couldn’t replicate it in the final.

“We lost our legs and injuries killed us,” Lucchetta said.

He feels he has a strong team this season.

“Defensively, we are really solid, we are starting to find our goal-scoring touch and I’m just looking for the consistency now,” he said. “We have good team effort and we win like a team.

“There’s no one who stands out and we just get it from everyone.”

“That depth is crucial now that all these injuries have happened,” Lucchetta said. “That is really going to hurt us but hopefully we can get through the next couple of weeks.” 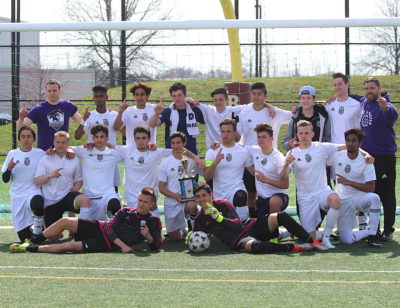 After opening the tournament with a 1-1 tie versus BCN from Scarborough and a 4-2 loss to Notre Dame, the Marauders beat Saint Paul 3-1 and then dumped Sir Winston Churchill 6-0 in the semifinals.

In the final, Marco Primerano scored the winning goal and Lucas Melchiorre recorded the shutout.

“We have great group of guys and coaches as well and it’s a flourishing program.”

Apostolos added his take on the victory.

“We put our work in front of our skill and we didn’t give up through adversity and injuries,” he said. “And we supported each other on the field with simple plays and nothing too extravagant.

“We stuck to the game plan and made adjustments as necessary.”

Jayaweera thought the difference in the two games versus Notre Dame was the Marauders doing an attitude adjustment.

“We lost concentration in the first game. After we popped two in, we got off our game and went into cruise control.”

It was a good lesson to learn early in the season.

“That definitely fired us up against Saint Paul this morning and after taking that loss, we said that that was it,” Jayaweera said. “Let’s move on.”