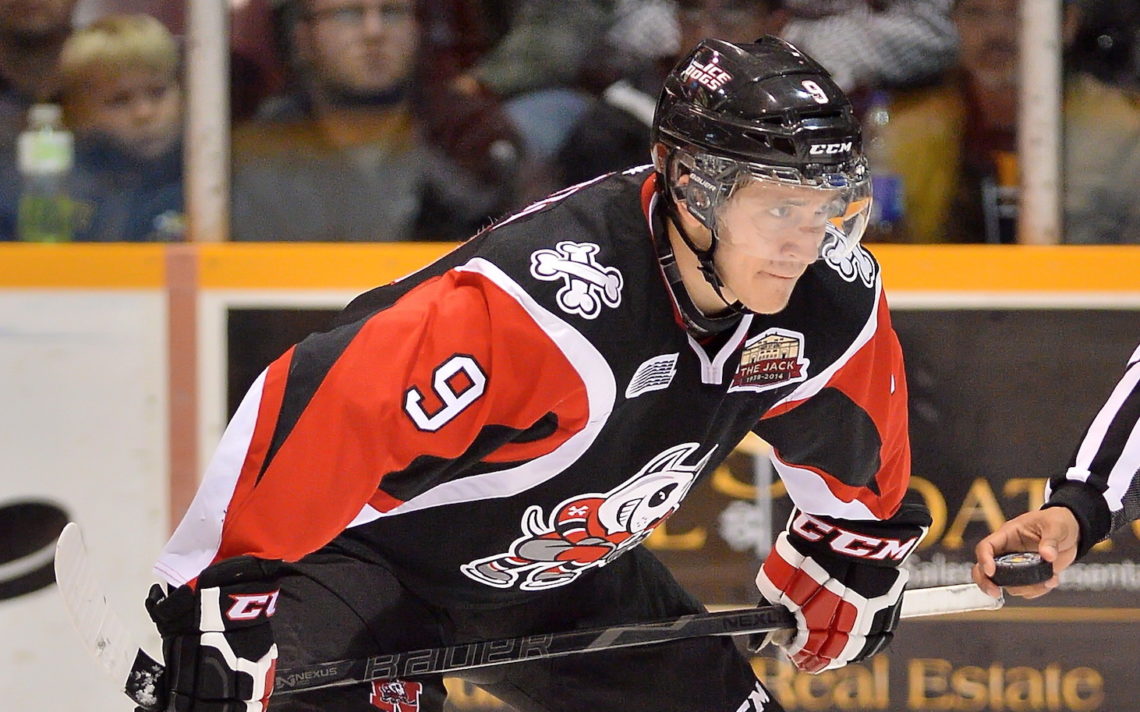 Maletta excited for next season

Jordan Maletta believes the difficulties he has endured this season are a set up for something better, rather than a set back in his career.

The 22-year-old former Niagara IceDogs centre was coming off a solid rookie season in the American Hockey League with the Cleveland Monsters and was looking to built his stock even further as a member of the Columbus Blue Jackets organization.

Instead, not much has gone right for Maletta this season.

Injuries took their toll on the St. Catharines native and after 32 games with just four assists, Maletta was traded to the Arizona Coyotes organization.

Through it all, Maletta has maintained a positive outlook.

“I’m very fortunate I’ve still got a year on my deal,” he said recently, during visit to see the IceDogs play. “The same thing happened in Windsor. I had a tough first year and came to Niagara and reinvented my game and ended up having a pretty good OHL career.

“Adversity only makes your stronger. If it was always easy, I wouldn’t have that drive, the motivation to be the best.”

Maletta said he could never get untracked this season.

“It was a bit of a shock. I definitely didn’t have the season I was hoping for. It started off bad and never really got better.”

Maletta, who is currently nursing an upper body injury, played one game for the Coyotes organization and came away impressed.

“I was real excited when I got traded,” said Maletta, who had 12 goals as a rookie in the AHL last season. “Arizona is a great spot. So far I’ve loved it there. I was real excited to have a new start, a fresh start.

“They’re a great organization. They’re young and so far everything has been first class.”

Maletta said the Coyotes told him they want him to get back to where he was last season in Cleveland.

“They said they were excited to have me. They saw a lot in me. I could be that defensive forward and penalty killing guy I was in my first year in Cleveland.

“They told me to get my confidence back and next year will be my year.”

Maletta is determined to do everything he can in the off season to be ready for camp in the fall.

“This summer I’m definitely going to have my nose down and work harder than I’ve ever worked and prove I’m the player I was last year,” he said. “I’m just excited to move on and have a great off season.”

Maletta is well aware a good season next year will quickly wipe away what happened this year.

“The good thing about hockey is every day is a new day, every game is a new game and every year is a new year,” he said. “Next year is going to be real good.

Maletta enjoyed watching the IceDogs from the stands for the first time.

“It’s bitter sweet. It’s the first game I ever watched here,” he said. “It’s nice to come back to the old stomping grounds.”