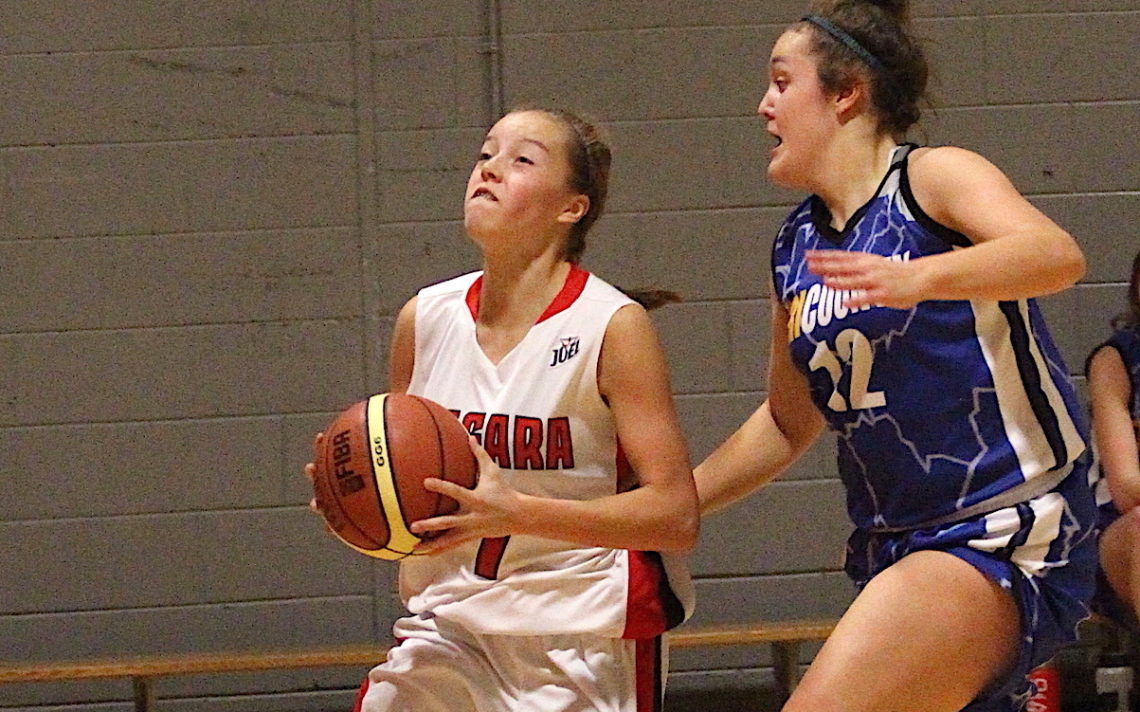 Maddie O’Brien, shown in this file shot, led her team in scoring all three games as the Niagara JUEL Prep girls basketball team went 1-2 in its opening weekend of league play. Photo by BERNIE PUCHALSKI.

The Niagara River Lions improved to 9-11 in National Basketball League of Canada action Sunday with a 97-94 victory over the visiting Moncton Magic in front of an announced crowd of 1,867. 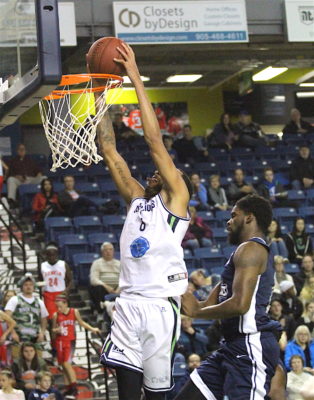 The River Lions host the St. John’s Edge Friday at 7 p.m. at the Meridian Centre.

The Niagara JUEL (junior elite) girls basketball team completed its first weekend of league play with a 77-44 victory over the Brampton Warriors.

Julia Colavecchia led the way for Niagara with 20 points. Other top scorers were Tatyana Burke (10), Beth Howlett (10) and Mackenzie Schroeder (9).

The Niagara Juel Prep girls basketball team opened league play in Kitchener with a 73-56 victory over the North Toronto Huskies.

Leading the way for Niagara were Madison O’Brien and Olivia Krieger with 15 points each. Other top scorers were Allison Addy (9), Emily Campbell (8), Molly Taylor (6) and Tess Puchalski (6).

Bad weather forced the cancellation of the bronze- and gold-medal games at the 15th Annual Festival of Lights basketball tournament in Niagara Falls.

The Phoenix then won the consolation by defeating Bishop Ryan 82-63. Tyrell MacLennan topped St. Francis with 27 points while Bishop Ryan was led by T. Burtu with 11 points

The Niagara IceDogs will be donating $15,350 to Autism Ontario-Niagara Chapter. 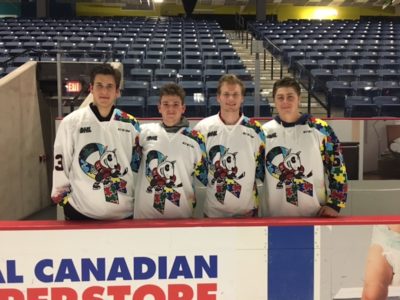 On Oct. 21, the IceDogs wore specialty jerseys with an Autism Awareness theme. After the game the jerseys were auctioned off in support of Autism Ontario-Niagara Chapter. Forward Akil Thomas and defenceman Elijah Roberts’ jerseys sold for $1,200 each, while goaltender Stephen Dhillon, Edmonton Oilers draft pick Kirill Maksimov, and rookie standout Philip Tomasino’s jerseys each sold for $850 respectively. Dhillon also wore a specially designed mask that was auctioned off online and sold for $1,235.