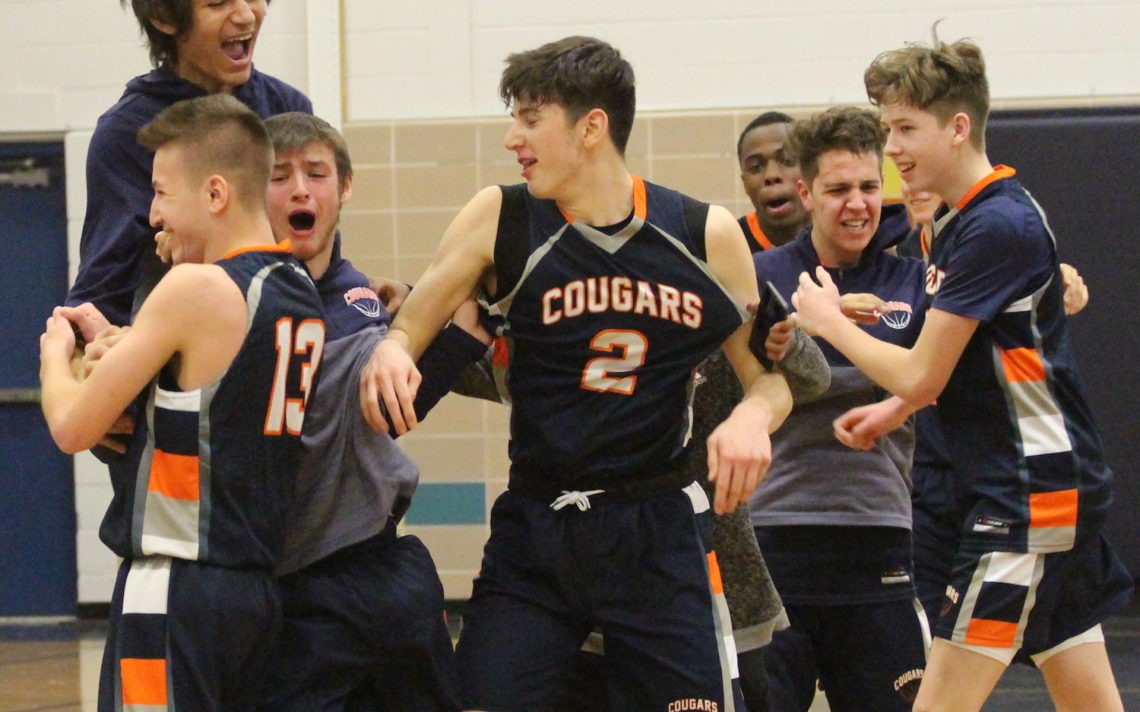 The Centennial Cougars celebrate their Tribune tournament victory. Photo by TESS PUCHALSKI. Others photos by TESS AND BERNIE PUCHALSKI.

With his team hanging on to a slim lead over the Notre Dame Fighting Irish late in the championship game of the 63rd Annual Welland Tribune Basketball Tournament, it was time for Centennial captain Connor Joliffe to take charge.

On three different occasions, Centennial’s lone 12B player called his teammates into a huddle to settle things down. 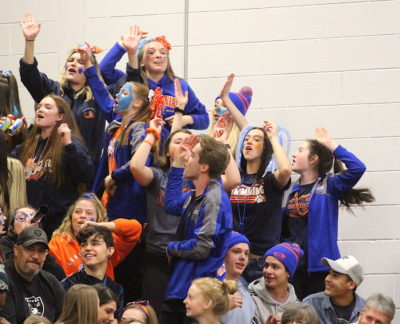 “I was just telling them to stay calm,” the 18-year-old said. “The crowd was crazy and it was overwhelming and everyone had to stay calm.

“Someone had to tell them and it helped me too.”

Joliffe never lost faith his team could come back and win.

“We knew we had to stick together,” he said. “We have faced adversity before but we know we are a good team and we just have to play our game.”

Joliffe delivered what Centennial head coach Phil Mosley has come to expect from his veteran guard.

“Connor wants to be in that role, he relishes that role and I wouldn’t want it to be any other guy,” Molsey said. “He is my coach on the court and I respect what he does and how hard he plays.”

In addition to his leadership tournament, Joliffe added some valuable scoring to earn first team all-star honours. Normally content to mainly be a distributor. Joliffe averaged 11 points a game in the tournament, including 17 in the championship game.

“That was not intentional at all,” the six footer said. “My coach told me to shoot it and they just went in.” 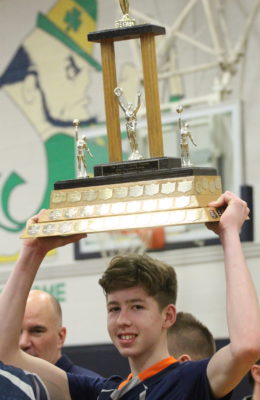 No one had more shots go in during the tournament than Kennan Larmand. The 6-foot-2 Centennial guard averaged 20 points a game in the tournament and was named a first team all-star and tournament MVP after pouring in 21 points in the final.

He looked uncomfortable in the spotlight as fans chanted MVP as he accepted the award,

“It was special with all the students from my school cheering,” he said.

Mosley describes Larmand as a special player and a special kid.

“He is unassuming off the court but he has such an incredible skill set, a drive to compete and a nose for the ball both offensively and defensively,” he said. “He doesn’t say much and he does most of his talking with his actions on the basketball court.”

The crazy and loud night is something Larmand will always remember.

“It was just like last year except we came out with the victory this time,” he said.

It was a victory that didn’t look like a possibility in the first half.

“We started off pretty slow and played pretty bad in the first half but then we played good defence in the second half and that led to good offence,” Larmand said. 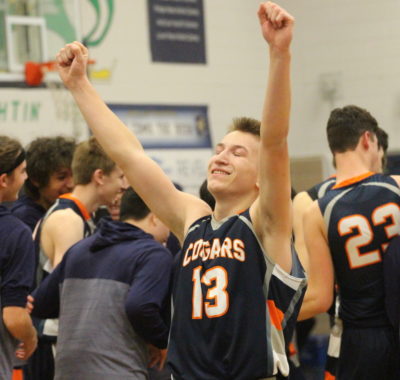 Mosley was impressed by his team’s ability to come back.

“I don’t think at any point did they think they were out of it and I didn’t think we were out of it,” he said. “I knew we had to shoot better but I’ve seen our kids shoot the ball and you would anticipate some of those shots are going to drop.”

The evening will provide lifetime memories for Mosley and his team.

“It is tough to play in their home gym and it makes it a little bit sweeter when you manage through all of that and play,” he said.

It was the first time Centennial has beaten Notre Dame in the Tribune final since since 1973 and was their first title since 2012.

“It is a big moment for these kids,” Mosley said. “They look forward to this tournament and there is a lot of buzz around the school.

“I couldn’t be any happier to be a coach of a group of such great young guys.”

The Irish built quarter leads of 21-11, 40-32 and 50-46 but couldn’t hang on in the final quarter. Centennial took the lead with an 8-0 run halfway through the quarter and never trailed again. 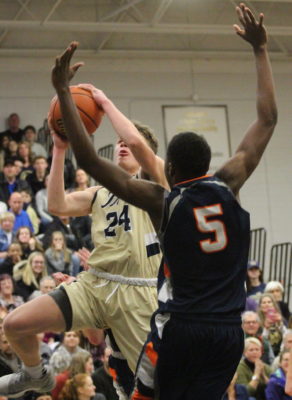 “I thought we were a little bit out of rhythm on offence in the second half,” Notre Dame coach Mark Gallagher said. “We were in lots of foul trouble and we had odd combinations of guys on the floor which mixed up our defensive matchups and we got out of the flow on offence.”

With three Irish players in foul trouble, the Cougars were able to shut down Notre Dame’s running game and prevented them from getting the ball to the right people at the right times.

“We missed shots that we normally make and we missed a lot of foul shots in the fourth quarter and we let them stay in the game,” Gallagher said. “They are so dangerous shooting the ball and all they needed to do was make one or two and flip the score on us and that is what happened.”

Gallagher was disappointed his team lost but loved the raucous atmosphere in the packed gym.

“Where else would you want to be on a Saturday night?” he said. “Their fans were great, our fans were great and it was a real good basketball game and I just wish we would have made one or two more plays down the stretch.”

The game taught the Irish as lesson it can use as the season wears on. 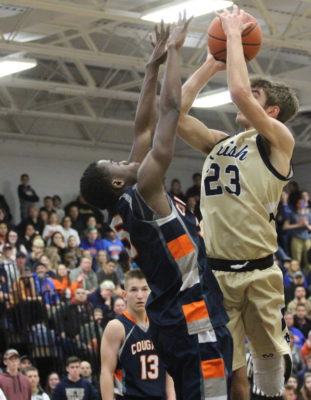 “The main thing we have to work on is closing games,” said Notre Dame forward Brandon Moore. “We made bad decisions down the stretch, we stopped moving and that caused us to turn the ball over.

“Against a team like that, you can’t do that because they shoot the ball so well from deep.”

Moore, a first team tournament all-star, had an excellent final netting 23 points to finish the tournament averaging 19.5 points a game. While the loss was tough, the team has bigger fish to fry.

“We want to go to SOSSA and OFSAA and this is the year we have the team to do it,” he said. “This is a great team and we just played a great team.”

Notre Dame’s Jonah Gruarin was named the winner of the Jeff Adams Outstanding Defensive Player of the Tournament Award and a first team all-star. Gruarin averaged 15.8 points a game in the tournament and netted 17 points in the championship game.

Also named to the first all-star team was Saint Michael’s Dusan Krkljus. The Grade 12 guard averaged 14.5 points a game in the tournament and scored 17 points in the consolation final.

BPSN Stars of the Game: Centennial’s Kennan Larmand and Notre Dame’s Braidon Moore with 21 points each