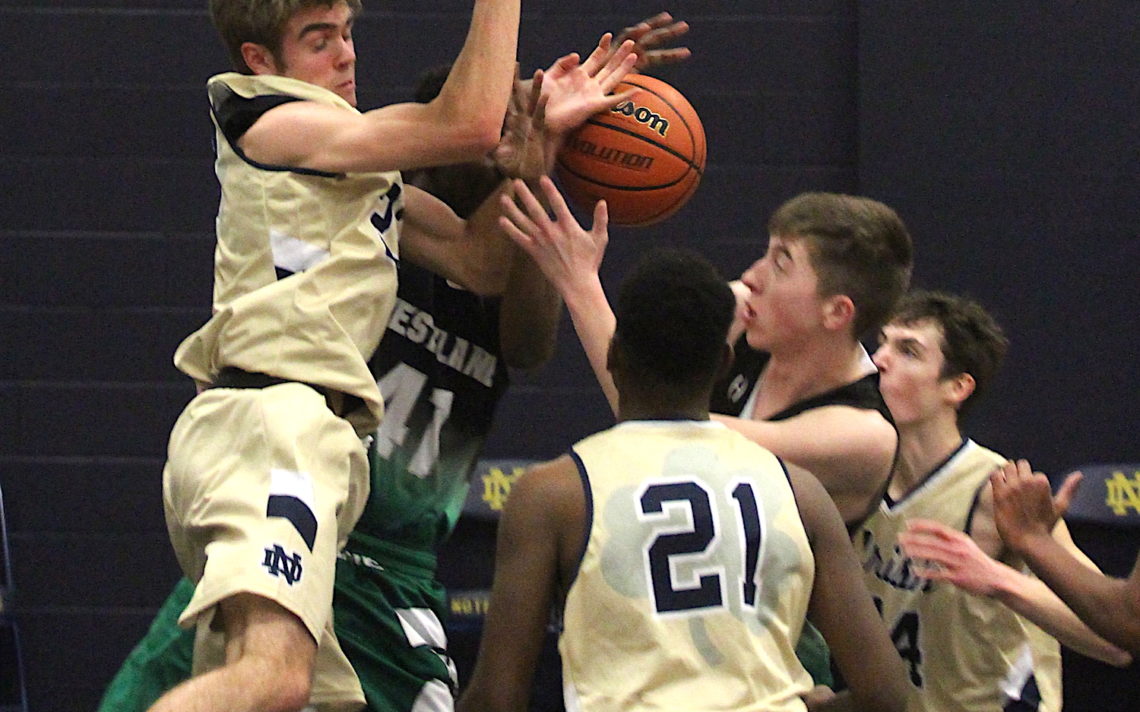 Braidon Moore would love nothing more than to follow in the rather large footsteps of his father.

In 1982, Kevin Moore won the MVP award at the Welland Tribune Basketball tournament despite his Grimsby squad falling 45-42 to Notre Dame in the championship game. 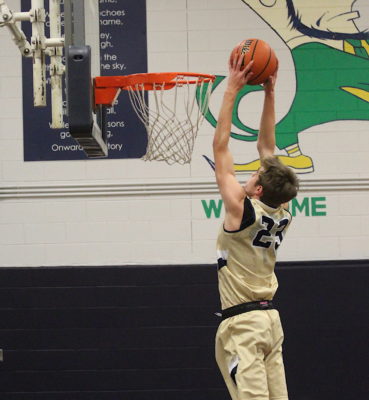 Braidon established himself as an early MVP contender at this year’s 63rd version of the tournament with 18 points Wednesday night, including 16 in the first half, as Notre Dame opened with a 72-32 victory over the Westlane Spartans. His night included a pair of dunks and his team’s player of the game honours.

“It would be really nice considering he’s only the second player to ever lose the Tribune and win MVP,” Braidon said. “He told me it would be a special thing if I won it too.”

Kevin has played a large role in his son’s basketball career.

“He has been everything,” Braidon said. “He works out with me all the time and he is basically my trainer. He trains me 24/7 and he’s always there.”

The hard work Braidon has put in shows on the court.

“This is Braidon’s fifth year and every year he has gotten better,” Notre Dame head coach Mark Gallagher said. “He has always been super-talented, but he has learned to compete a little bit more.”

Braidon agrees with that assessment.

“Every year that I have gotten older, my competitiveness has gone up, for sure,” the 6-foot-3 forward said. “It’s the mindset on how you approach the game.

“You want to go out and dominate every single game and play as well as you can.”

He has also developed physically.

“When he came up in Grade 11, he was very skilled but not strong,” Gallagher said. “It’s typical when you make the jump to senior from junior but he has worked hard on his body and he has been in the weight room a lot.

“You can see it as a mature 12B that he is ready to be the man on the floor.”

Braidon started to focus on getting stronger in the middle of last season.

“I started playing down low more and playing against Kyle Cooper, our centre last year,” he said. “He kind of muscled me around and told me that I needed to get in the weigh room and get stronger. I started working out with him and it paid off.

Braidon has post-secondary interest from Niagara College and Brock University and is leaning towards the former.

“Mike Hurley is a great coach and so is Phil Mosley and they have a good team,” he said, referring to Niagara’s head coach and assistant coach.

Notre Dame came into tournament play after a little longer stay than anticipated in Florida. Its Sunday night flight was cancelled because they couldn’t fly into Buffalo and they ended up flying out Monday night and arriving back at Notre Dame at 3 a.m. Tuesday

“We were a little bit tired but I thought we had a lot of energy in the first half,” Gallagher said. “We really tried to concentrate on the fact that while we were tired we had to play hard early.

“I thought we ran out of gas a little but in the second half, but I was really happy with the first-half effort.”

Westlane coach Jamie Coull knew his team would have its hands full playing the Irish.

“We know that they were going to be tough but I just wanted my kids to work hard and put the effort in,” he said. “They are earning their time and we were short on our bench with a few injuries.”

Coull likes to play strong teams because it helps his squad improve.

“That’s what we were looking to get out of this game and that’s why I pressed them the whole game,” he said. “We need to work on things and it’s a good opportunity to do that against a good team.”

The Thorold Golden Eagles advanced to the quarter-finals of the Trib tourney Wednesday with a 55-38 victory over the Eden Flyers. 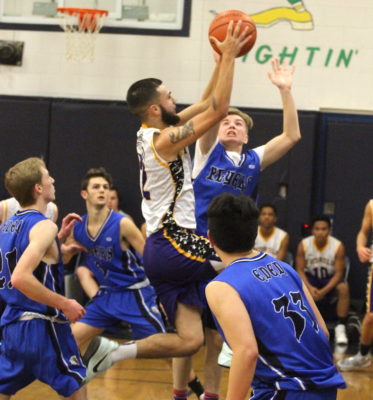 “I have to give Eden credit,” Thorold coach and expectant father Marc Dupont said. “At the half, we looked like we were well on our way and those kids worked really hard in the second half to stay in it.

“They made us fight all the way to the end.”

“As coaches and as players, we always want to be on the winning (championship) side,” Dupont said. “That means we have a tough game tomorrow against Notre Dame and we’re coming here to battle.

“We are not coming here to just lose. We are coming to compete.”