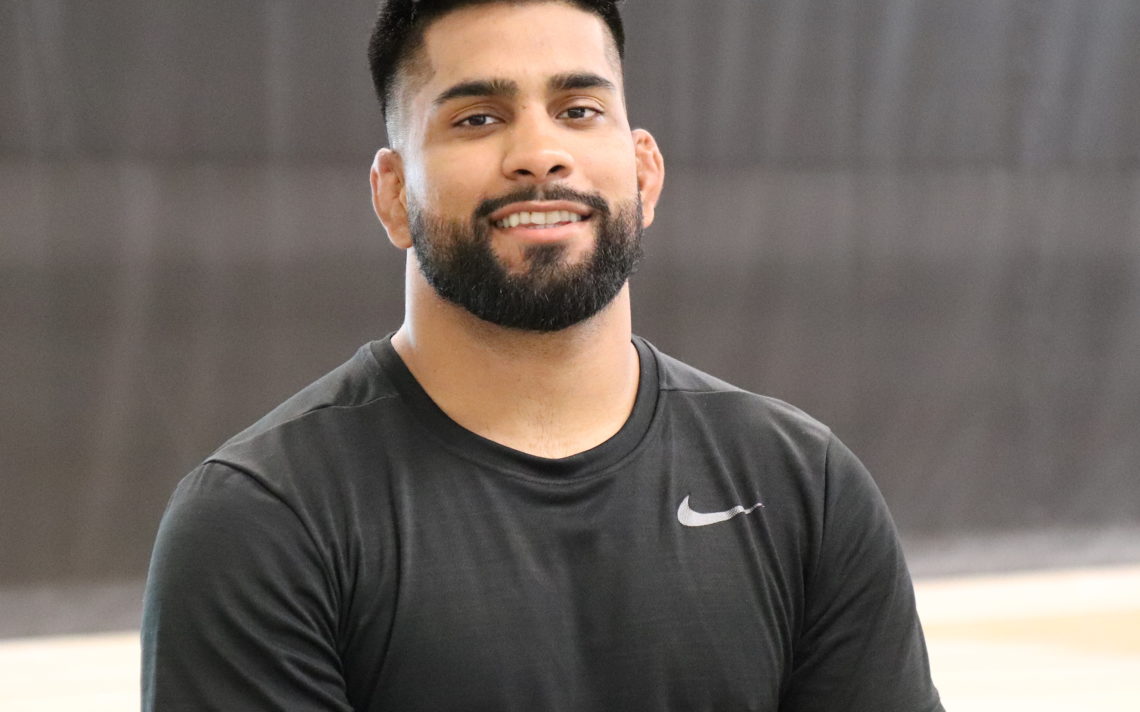 Shawn Lally was on a promising path in his wrestling career.

Unfortunately his wrestling career was derailed shortly afterwards by a shoulder injury that required surgery.

“A lot of people told me I would never wrestle again but after my surgery I stuck to rehab and all the procedures and protocols,” said Lally, who this spring won a senior national title in the 92-kilogram division.

Lally headed to Ryerson for schooling and to wrestle after high school but it was a long road back to top form.

“In my third and fourth years, I was building up my shoulder. I was competing but the program wasn’t as good as Brock. There weren’t as many training partners and stuff.”

“I realized I wanted to take wrestling seriously. I wanted to be on the national team and I wanted to win nationals,” he said. “I was obsessed with wrestling and and I just thought there was no reason to half-ass it if I was going to do it. I wanted to make a name for myself, I saw talent in myself and my family did too.”

He started training part-time at Brock at the end of 2020 and ramped it up to full-time in February 2021.

“I came to Brock because it was one of the only programs still training during that time. I drove down from Brampton and I still do right now. Sometimes I stay here at an Airbnb so I can do my morning practices.”

Because of the pandemic, his wrestling rebound started slowly.

“There were no competitions but when things returned to normal I knew I was going to try and compete and get this goal of mine which was a national medal. If I didn’t do it this nationals, it would be the next nationals and if it wasn’t that nationals it would be the next,” he said. “I stuck to my training and my competitions but I couldn’t have gotten the results if my coaches didn’t believe in me. I saw they believed in me and they told me I could win.”

At nationals. Lally won his first two matches by technical superiority and then defeated Brock teammate Ignatius Pitt 8-5 in the final.

“We wrestled many times before, especially in practice, and he is a tough person to wrestle. He has got good stamina. We had a good match and it went the whole six minutes,” Lally said.

It was an emotional day.

“Even when I was getting driven to the tournament in the morning, I had tears in my eyes because it was my first year of (senior) nationals and I was thinking if I won it, it would be a very, very big dream coming true. Since I was a little kid, I thought it was the pinnacle.”

It was an amazing moment for him when the final match ended in victory.

“When I got my hand raised it felt surreal. My parents were in the stands and I blew them a kiss. I had done it and now I have my sights set on other things.”

“In the first minute, he got a takedown and a couple of turns to get a good lead on Iggy and then he used his match sense to shut Iggy down. Iggy battled back but he ran out of time.”

It was the culmination of a great season for Lally.

“Shawn has come a long way this year. He is a club wrestler so he didn’t get a lot of matches and he didn’t get to wrestle in a lot of the university tournaments,” Collie said. “After Christmas he had a big win at one of the tournaments by beating a guy he probably didn’t think he could beat.”

Lally believes confidence is a big reason for his resurgence.

“I am way more confident in myself after wrestling some guys who have won nationals before. In the middle of the season, I realized I am up there with these guys and I have the talent and the stamina. This place is giving me strides and strides of results.”

His improvement is much more than just mental.

“Physically I am getting faster, stronger and smarter every day. The skills are also getting more refined and I am figuring out that I have abilities that I didn’t know I had in terms of attacks. Coach Marty Calder is behind all of it.”

Lally feels he is in the perfect place to succeed.

“My training partners are great and the coaches are so invested in the sport. There’s also the history in the region of great athletes and strong wrestlers coming out. I don’t know if it is in the water or the air but it is the place to be.”

Lally, who started wrestling when he was in Grade 2, has big plans for his wrestling career.

“The ultimate goal is to get an international medal at the world or Olympics but first I have to get on the team. I will try to take it step by step, day by day.  If I just look at the top of the mountain, I won’t see the first few yards.”

This is the sixth story in a series profiling Brock Wrestling Club members who won national titles in 2022. 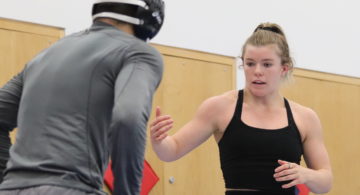 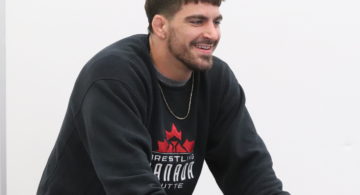 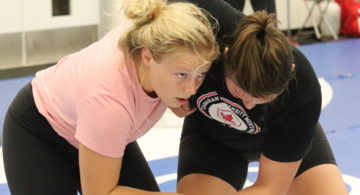