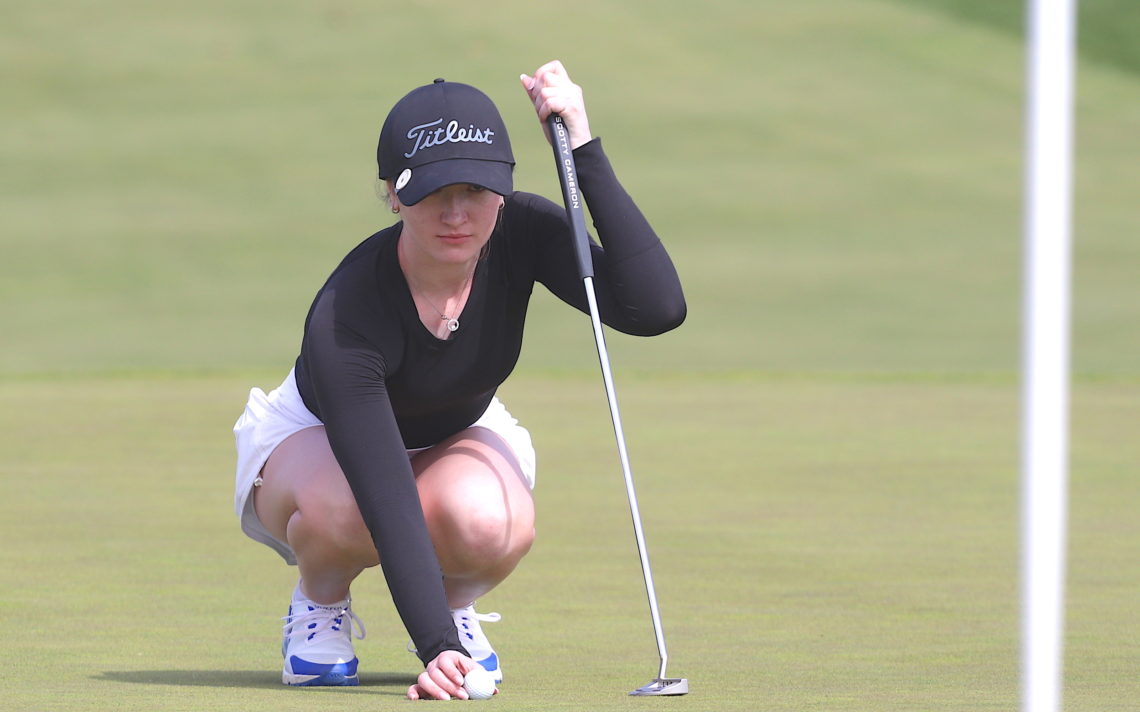 The Sawmill member carded a solid 80 to cruise to victory in a small two-person field. It was the 16-year-old St. Catharines resident’s second round of the season, including a practice round last Sunday at Grand Niagara.

“The biggest difference on this course compared to mine or any other is probably the greens so it was the putting. I struggled a little,” the Grade 11 student at Sir Winston Churchill said. “I had a couple of three putts which didn’t make me too happy but it wasn’t too bad.”

The defending Niagara District Junior Golf Tour points champion is looking forward to the upcoming season which will include play on the local tour, Golf Association of Ontario and Maple Leaf Junior Tour events. Sawmill will be hosting the GAO Junior Girls Spring Classic. She is hoping her game will continue to progress this summer.

“I worked on my club head speed the whole winter and my driver has been working pretty well,” she said.

“There was only two of us but it still means a lot,” Kenney said. “It is a great way to start off the season.”

Caleb Shorthouse made the most of his second trip to the Niagara District Champion of Champions tournament.

After doing “not that great” in 2020, the four handicapper at 20 Valley carded an 80 Saturday at Grand Niagara to record a one-shot victory in the junior boys division over Sawmill’s Nathan Freure.

It was the 18-year-old’s second round of the spring and he started off a little slow.

He bogeyed the first three holes, made a few pars and then got himself back on track with a birdie on the ninth hole.

“Luckily our range opened pretty early at Twenty Valley so I practised a lot on the range,” he said. “And I putted and chipped quite a bit.”

He went into Saturday’s event with zero expectations.

“I didn’t have any. I just wanted to come out and have fun with my friend.”

That friend, Daniel Croce, proved to be an excellent support for the Grade 12 student at Blessed Trinity.

“He kept me relaxed and when I hit a bad shot he told not to worry about it and keep going.”

Shorthouse was thrilled to win a Champions title.

“It is only the fourth golf tournament that I have ever won other than my club championship.”

He will be looking to add to that total this summer on the Niagara Junior Golf Tour.

“I’m looking forward to playing on the tour and I am hoping it will go as well as this did.”