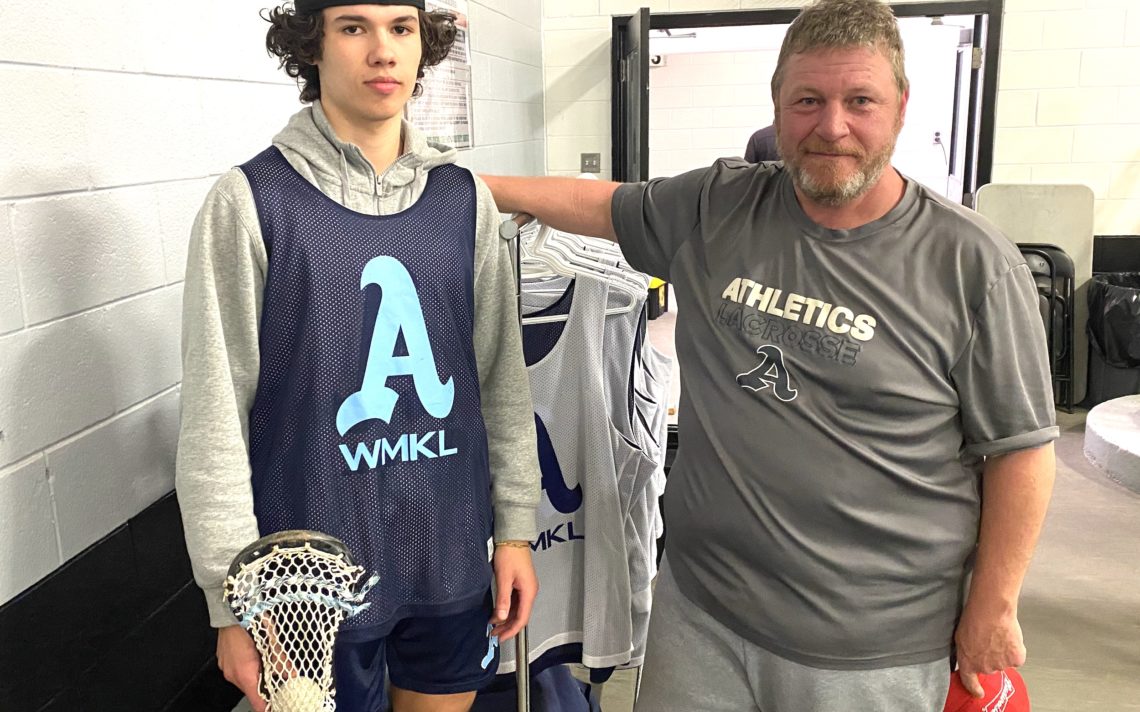 The latest stop in Mike Lines’ long and impressive lacrosse coaching career is also one of his most challenging.

“It’s back to the drawing board,” the 51-year-old St. Catharines native said.

Lines, who will be assisted by Nick Baum, Alec Tamas and Bradley Fannell, said the staff is starting from scratch after two seasons interrupted by the COVID pandemic.

“We’re trying to put systems into place. The toughest part about this — it’s been a long time since I’ve been in junior B — especially the last two years because of COVID, a lot of these kids haven’t played offence-defence before,” he said. “They weren’t able to in bantam. They have never done any of this. It’s going to be a process.”

Lines said despite the huge learning curve, things are coming along nicely.

“One thing we have this year is a bunch of kids willing to learn, which is what you want. They’re listening and they are doing all right,” he said. “Our draw of kids played B and C ball all of their lives. We don’t have a lot of A calibre players, so it’s understandable.”

Lines quickly readjusted his expectations when it comes to practice plans.

“It’s as much of a learning experience for the kids coming up as it is for the coaches. We have to dumb it down and figure out where we are and make it work and fit.

The Athletics open the Ontario Lacrosse Association junior B regular season Thursday at home to the Guelph Regals. Game time at Bill Burgoyne Arena is 8 p.m.

The A’s only exhibition action came at a one-day tournament in Brantford where they won two of three games.

“It gave us an idea where we are and to look at some players,” Lines said. “Some pleasant surprises and some disappointments, but not bad at all.

“It was an eye-opener for us.”

Junior B general manager Joe Wormald and A’s GM Jeff Chcoski have been working to put together a roster.

“Joe is putting in 30 hours a week the last couple of weeks,” Lines said. “He’s just working his ass off. Doing a great job. We are on the same page and here for the right reasons.”

“Phenomenal,” Lines said when asked how the arrangement is going. “Going into this it’s the biggest reason I decided to come back and do this — it should have been like this 25 years ago — it’s been a long time coming.”

“They have done a phenomenal job putting this together,” Lines said. “They are doing it the right way. Whatever the A’s are getting, we’re getting as far as equipment. We’re treated like a first-class organization which is something that has a never been done in St. Catharines before.

“It’s going to be run very well. We have communication for the first time.”

“You’re not signing for the B’s, you’re signing for St. Catharines,” he said. “It’s an up-and-down situation.”

“I obviously want to win but if we don’t win 20 and send six kids up to the A’s, we did well. My whole job is to send kids up,” he said. “You’re going after a Minto. That’s the goal. That’s our focus. Every kid we’re signing, we’re letting them know the situation.”