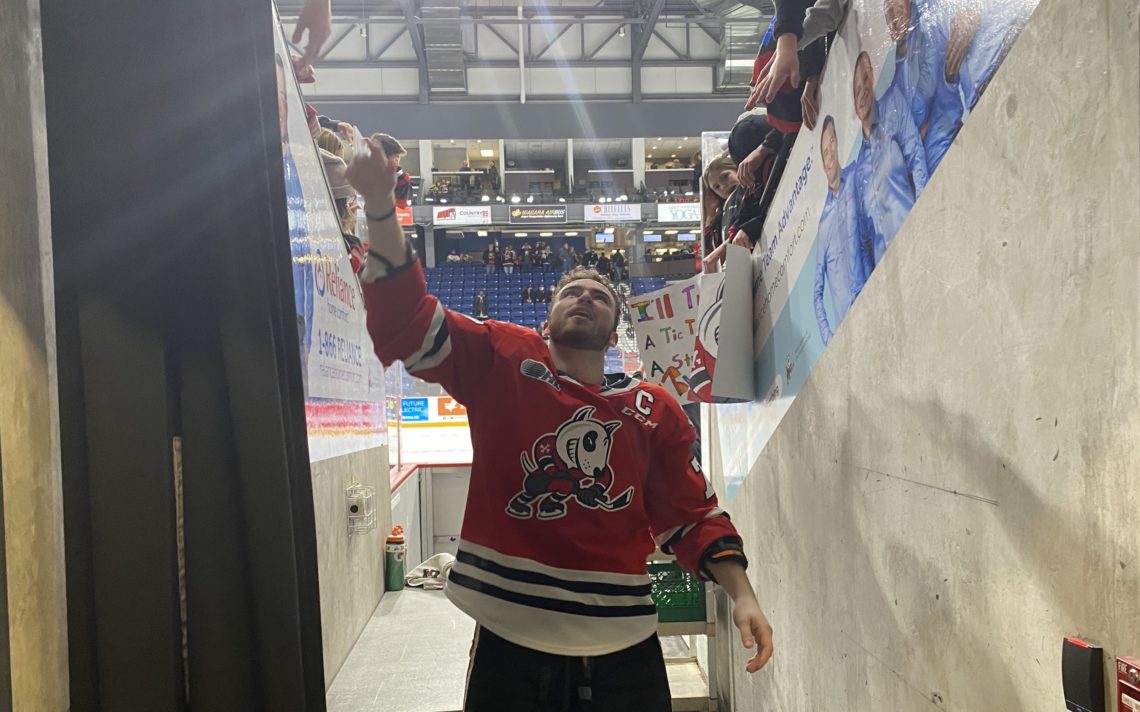 The Ontario Hockey League careers of the two overagers had just come to an end as the IceDogs dropped a 6-3 decision to the visiting Barrie Colts Saturday night in St. Catharines, and the two veterans lingered by the player’s bench soaking in whatever last memories they could absorb.

Betts and Van Loon chatted for a bit before Betts made his way off, high-fiving a group of boisterous fans who had come to pay homage to the Niagara captain.

Van Loon quickly followed Betts off the ice and into the dressing room, but not before a heart-warming hug from IceDogs locker room attendant Greg McPherson.

“Playing here for not that long and having all these fans support me is an unreal feeling,” Betts said later while signing autographs and posing for pictures. “I thank them all and thank my family too for coming to every game to support me.”

Betts admitted he was counting down the days to the end of his career.

“I knew it was coming for a long time and I dreaded this day,” the 20-year-old Bowmanville native said. “I tried to keep my head up and it definitely got to me.

“It’s definitely one of the most emotional days in my life.”

Betts only played two seasons in Niagara — it would have been three had not the COVID pandemic wiped out last year — after being acquired from the Kitchener Rangers, but quickly became a fan favourite for his physical style and willingness to drop the gloves when needed.

“It’s tough to leave all my family and brothers on this team,” said Betts, who indicated he may play in Europe or in the ECHL next season. “(I’m going to miss) all the fans, all my coaches, all my brothers on the team. I made a brothership will all these guys and I’ll definitely miss all of them.”

Van Loon only spent half a season with the IceDogs after being acquired at the trade deadline from the Hamilton Bulldogs but quickly endeared himself with his hard-hitting style and ability to score — he finished with 19 goals and 31 points in 38 games in Niagara.

“I probably had every emotion in the book,” he said. “It’s been a long five years and a lot of things have happened in the last five years that a lot of OHL players don’t get to go through. It’s a lot of memories, either from here or Hamilton, a lot of fun times, a lot of not so fun times, but in the end I’m super-happy I had this opportunity.”

Van Loon loved his time with the IceDogs

“I have to give a huge shout out to the coaching staff,” he said. “They brought me in here and gave me everything I could have asked for and more. The confidence they allowed me to play with and they gave me from Day, I owe the Burkes everything. They have done so much and more for me.”

Van Loon, who plans to turn pro, quickly establish himself as a key veteran on a young squad.

“This team has had my back from the beginning,” he said. “They allowed me to come into the dressing room and be a leader and be myself. That was really important to me and I can call some of these guys my best friends.”

The loss wrapped up a difficult and controversial season for the organization. Niagara finished in last place overall with a 22-42-3-1 record and will be one of four teams who do not make the playoffs entered into a lottery to see who emerges with the first overall pick for the OHL Priority Selection April 29-30.

Associate coach Jody Hull and assistant coach Sean Teakle ran the team for the last few games after head coach Billy Burke and general manager Joey Burke were indefinitely suspended and, together with the team, fined a combined $150,000 following an investigation by the OHL following the league receiving transcripts of a March 6, WhatsApp conversation. 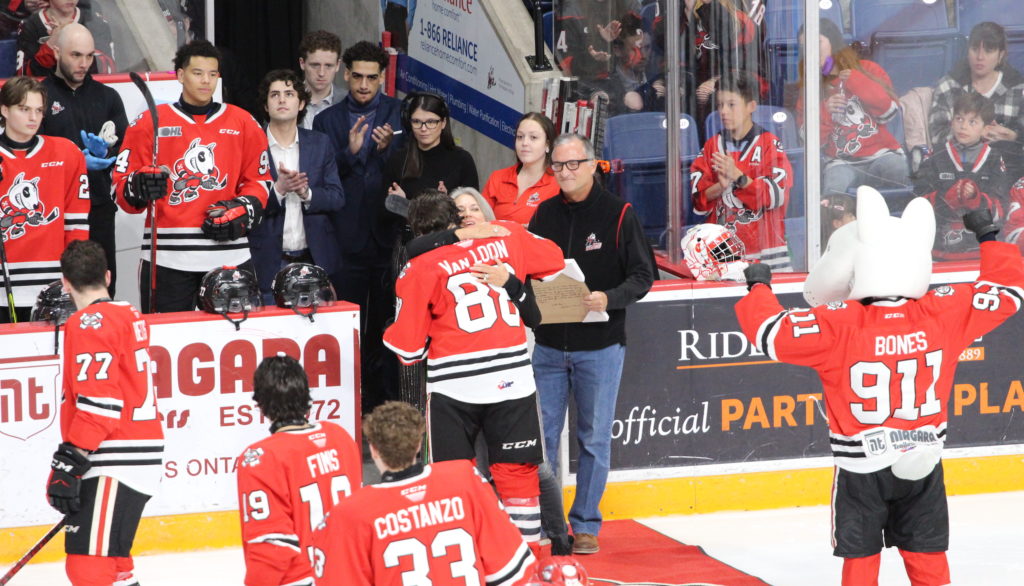