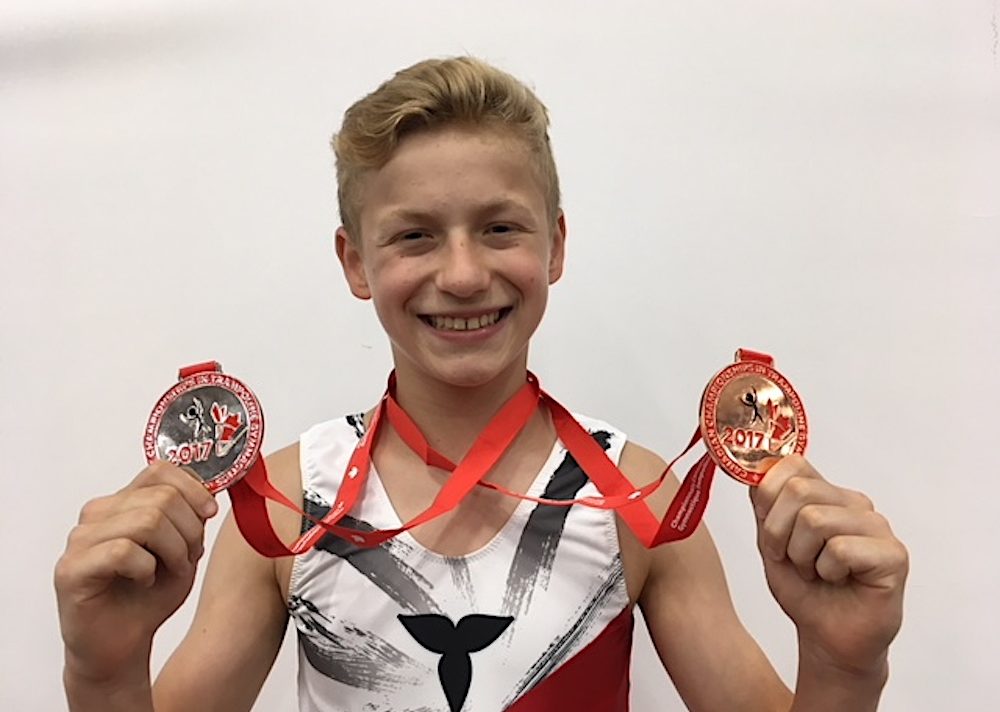 Jumping his way to the top

It was love at first flight when Kieran Lupish discovered the trampoline.

The 14-year-old Vineland resident took up gymnastics at a young age but three years ago injured himself and turned his attention to becoming a competitive trampolinist.

It was a decision that has changed his young life.

“I started off in gymnastics and got pretty good and then had a shoulder injury and that kind of pushed me away from gymnastics because I didn’t have the same flexibility in my shoulder as before,” he said. “I still had that spacial awareness and heard about a friend who was doing it and thought it might be cool thing to do so I went there and tried it and it turned out I was pretty good at it.”

His goal this season is to return to the world championships and win a gold at Nationals in Alberta in July.

Pretty lofty accomplishments and goals, but Lupish wouldn’t have it any other way.

“I thought that about gymnastics, too. I always wanted to get really good at it,” he said, when asked about his competitive nature. “I didn’t think it would go that well. I thought I would get better at it.

“I was put in a pretty high level to start because I had the background in gymnastics but I didn’t think I would get super high up until I started getting through the levels really fast and then I thought I could do this, I could go far with this.”

How far? How about the Olympics.

“I think that would be pretty cool to have everybody watching you,” he smiled. 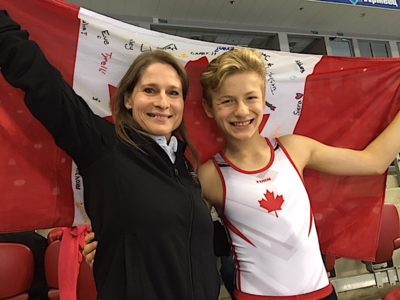 But before he can be considered to represent Canada on the ultimate world stage, he needs to become the best he can at the junior level and then work his way up to the senior competitions which are for athletes 18 and older.

Lupish is about to start his season which consists of a provincial qualifier in Unionville next month followed by a Cup competition in Kingston. From there, it’s on to the Canada Cup International competition in April in Montreal and then provincials for national level athletes, followed by the nationals in Lethbridge in July where he will attempt to qualify for worlds in St. Petersburgh, Russia, next November.

Lupish works out with a coach in Burlington for eight-and-a-half hours a week and loves every minute of it.

“I think the coolest part is learning the new things and the feeling of completing your DD (degree of difficulty) and going higher is very exciting,” he said.

Competitions are set up with compulsory routines with 10 skills. As the competitors get older, there are required skills and option routines.

“There are level caps for each level. You have have to stay within that and do the hardest you can,” he explained.

Lupish said his routine lasts about 17.5 seconds, not a lot of time to get in the require 10 skill manoeuvres

All that jumping has made him a hit with his buddies.

“My friends think it’s cool,” he said. “At one point when I started, we all used to go in the backyard on the trampoline and we took videos of all of us doing it. I think I kind of inspired a lot of kids to do it. For some reason I started seeing a lot of videos on Instagram. It was kind of cool.”

Lupish also enjoys soccer, basketball, volleyball and golf at the school level but admits it’s tough to fit them all in travelling the globe.

“I like any type of sports. I’m really active but this year I didn’t end up doing some of the sports I wanted to at school because it was so crazy with Portugal and Bulgaria and I wanted to have a main focus of training.”

All that competition and travel comes at a hefty cost, time wise and in the pocketbook for his parents, David Lupish and Meredith Short. Mom estimates the trip to Bulgaria was $4,000 just for her son, plus what it cost her to go.

“It’s funded by us,” she said. “We’re starting to look into options for funding. We need to figure some ways to get some help.” 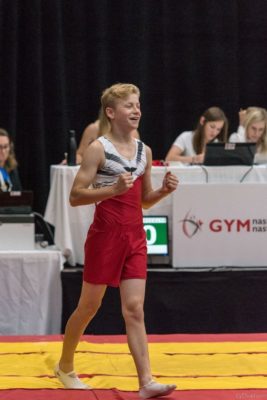 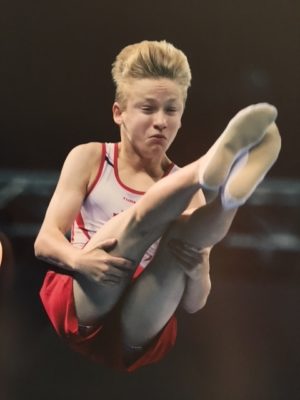