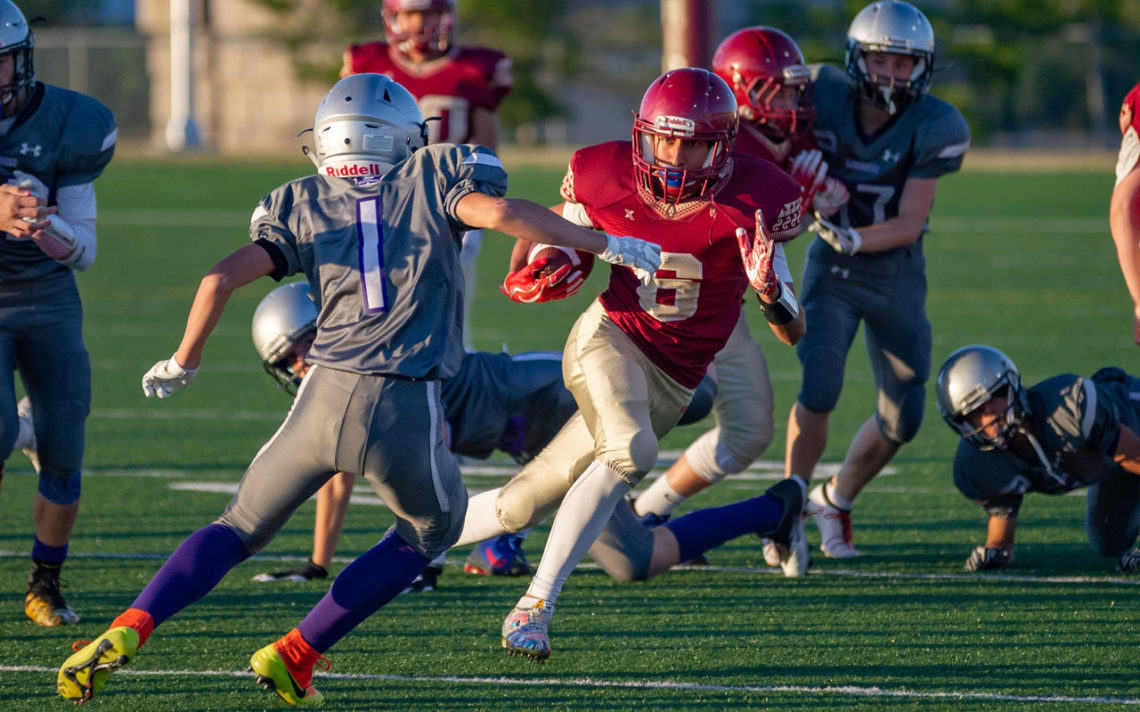 And then there was one.

The Niagara Spears bantam team was the only local team to advance to the next round of Ontario Provincial Football League playoff action following play this past weekend.

Marshall McCray scored a touchdown and booted a field goal and two converts to lead the Niagara Spears bantams to a 17-0 blanking over the London Junior Mustangs at Kiwanis Field.

Niagara held London to 22 passing yards and 44 rushing yards in the contest.

“The defence played amazingly, well getting a shutout,” head coach Bill Crawford said. “The offence struggled in the first half scoring only three points, but fought hard and put it together in the second.

The bantams improved to 6-3 with the win and now play the Essex Ravens (7-2) on the road. On May 12 in regular season action, Niagara edged Essex 15-14 at Kiwanis Field.

The Niagara Spears Varsity football team (4-4) saw its season come to an end with a 34-15 loss to the unbeaten London Junior Mustangs (8-0).

“I think we had an outstanding game,” head coach Brian Duguay said. “Except for a couple of major miscues, allowing a kickoff return and another very long run, both of which resulted in (London) TDs, we were very competitive.”

Niagara was particularly strong on the defensive side of the ball.

“Our defence was outstanding for the most part, stalling two of their drives and limiting them to field goals instead of touchdowns.

“When considering a couple of weeks ago we were bounced 42-3 by them, I’m extremely proud of how hard our guys fought.”

Niagara has a young team and will lose less than 10 players to graduation.

“We ultimately came up short of our goal, but collectively we came together and got better as individuals, teammates and people and I am proud of all of the kids for battling for four quarters in a valiant effort,” Spears head coach Arthur Martin said.

Niagara’s top performers in the game were Devon Schiller and John Serrano on offence and Riley Lions and Zach Bechard on defence.

The Niagara Spears Junior Varsity Tier 2 squad has two league games remaining on its schedule. The Spears are at the Toronto Jets on July 15 and at the Clarington Knights on July 21.

Outstanding effort on offence by Eljay Thompson and on defence by Banga and Evan Reece.