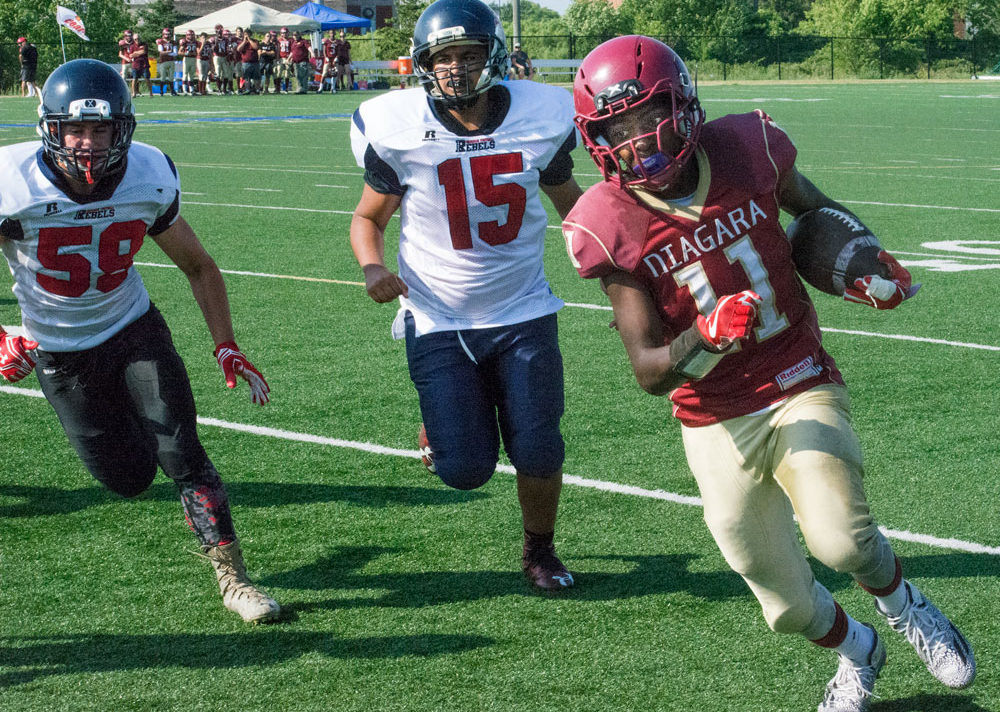 In Junior Varsity Tier 2 play, the Niagara Spears were blanked 29-0 by the Vaughan Rebels.