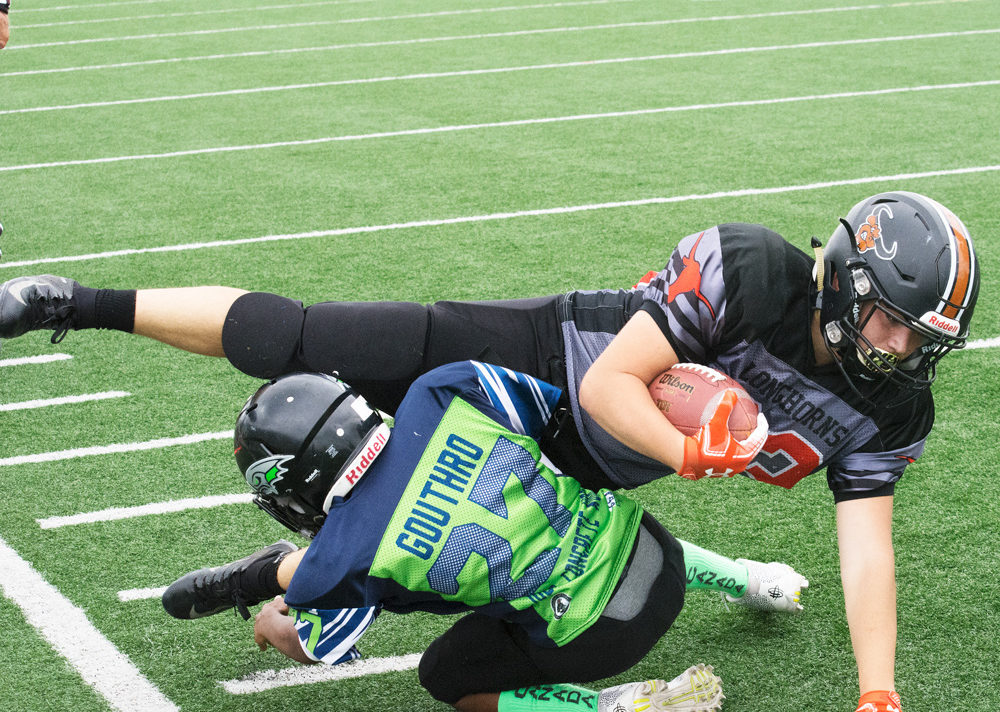 Niagara finished with a 5-3 record and ended up in third place in the league. The Spears will travel to Clarington Saturday to play the second-place Knights (7-1) in the first round of the playoffs.

“A hard-fought battle right to the very end,” Niagara head coach Gerry DiSanto said. “Clarington broke open a 14-14 tie with a major score with less than a minute left in the game.

“Our 28-man roster competed exceptionally well against their 42 man roster, especially our defence.”

Bryce Livingston scrambled from one side of the field to other before throwing a touchdown pass to Josh Boyle to open the scoring for Niagara and Josh Morley followed with a two-point convert. Landon Leger scored the other major for Niagara.