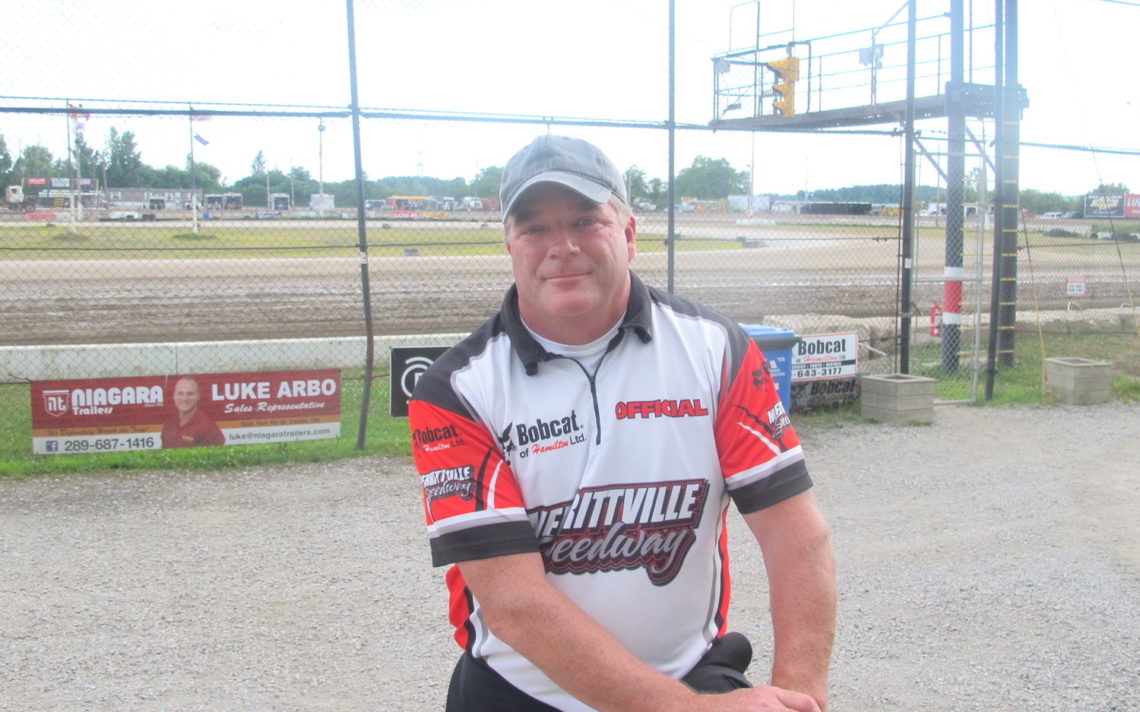 Steve DeVos is going out on top.

The 55-year-old is retiring from his position as starter at Merrittville Speedway in a couple of weeks, but not before being named as one of two recipients of the CAA Niagara Wall of Fame at the Thorold race track. DeVos and Bob Davidson will be inducted Aug. 4

“It was definitely a shock, without a doubt,” he said. “It’s a surprise. There are so many, in my eyes, that should be up there and are not that are far more deserving that I am.

“That’s what makes it an ever greater honour.”

DeVos’ name will be now placed alongside the top drivers ever to race at Merrittville.

“The amazing part is the track is 66 years old and you look at the names and to be associated with those guys, that’s the impressive part. That’s the history of the track,” he said.

DeVos’ love for the sport began as a child. His father Jim was a racer at Checkered Flag Speedway in Windsor.

After the family moved to the Niagara area, DeVos began to attend races at Merrittville as a fan. In the early 1980s, he would become a racer himself and won division championships in 1987, 1992 and 2002.

He retired from driving in 2003 but quickly found himself back at the track helping out in a variety of positions. He began as pace car driver, moved into the infield as a cornerman before becoming assistant starter to Doug Leonard. He has been in his current position for eight years. 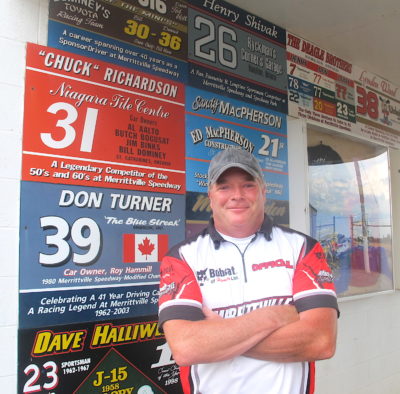 In his role as starter, DeVos works in conjunction with the race director to control the race, on and off the track.

“I never would have pictured myself being an official,” he said. “It’s like going over to the evil side! You race for so long and you’re going to have conflicts with the officials and then you become one.

“There’s a whole new side to this. It helps because I’ve been in a car and I know that every time someone hits you it’s not intentional. It’s contact and it is a contact sport.”

DeVos works as a truck driver and is often away from home all week. That factored into his decision to call it a career.

“Some nights it’s a thankless job and I wonder why am I doing this? Certainly not for the money, but at the same point, I’m proud to say I’m a starter at Merrittville.

“It’s time. I’ve been up there a long time and I think the track needs a fresh face up there.”

DeVos gives credit to his wife Laurie, and daughters Kristin and Brittany, for their understanding and support.

“My wife has sacrificed. She has given, and continues to give, so I can come out here and do this,” he said. “My daughters both enjoy racing but there are some other things. When you are racing and in the heat of points battle, you can’t afford to give up a night.”

DeVos still plans to attend the races, but on his terms and schedule.

“I’ll still be here helping out. I have a lot of friends that drive. I will be at the track, but not as an official.” 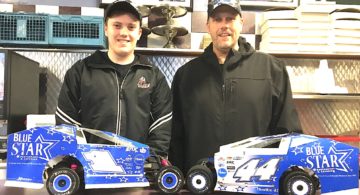 For the love of racing 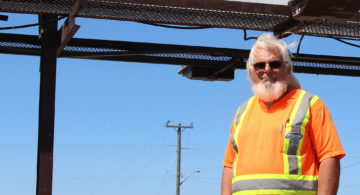