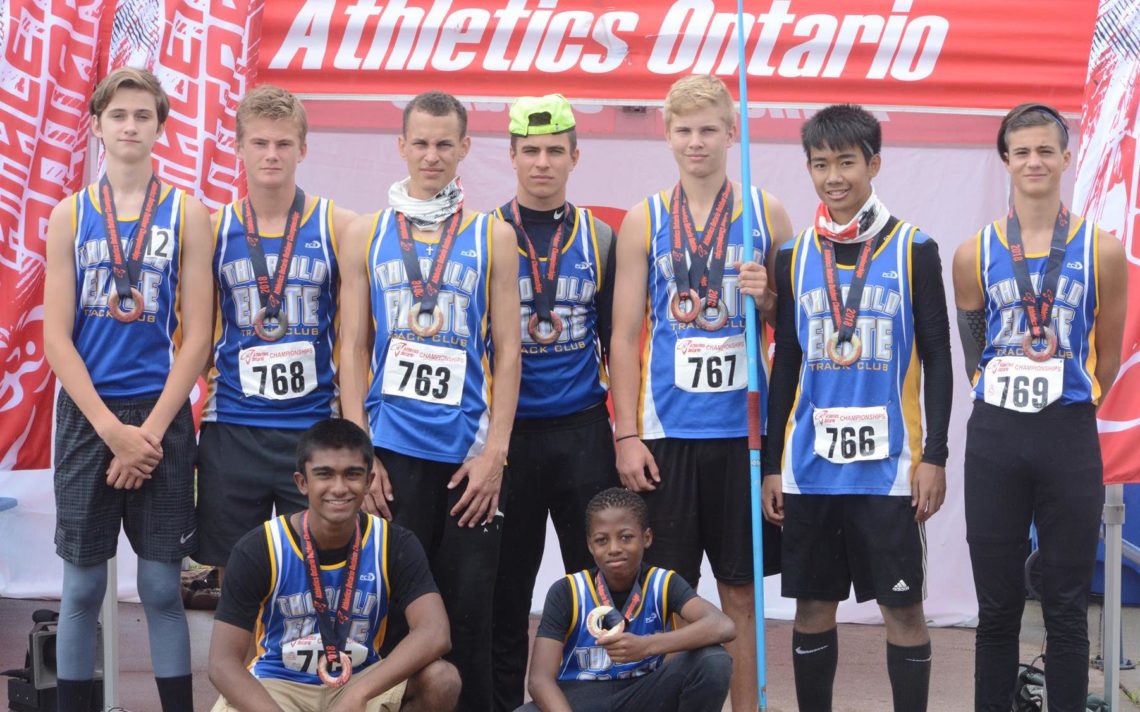 Pictured are members of the Thorold Elite Track Club who won medals at this past weekend’s Athletics Ontario Bantam/Midget/Youth Track and Field Championships.

Niagara athletes came home with five gold medals from the Athletics Ontario Bantam/Midget/Youth Track and Field Championships in Windsor this past weekend.

Niagara Olympic Club bringing home golden hardware were: Gwen Cudmore in midget girls high jump with a leap of 1.58 metres; and, Eric Campbell in the midget boys 1200 metres with a time of  3:15.62.

“It got a little hairy with all the cautions,” Begolo said. “I had a good car in my heat…in the feature. I just rolled around the bottom and minded my own business.”

Mat Williamson of St. Catharines won his sixth 358 Modified Feature of the season.

“I had a good car the first 25 laps,” he said. “I began to think it was starting to rain or someone was losing some fluid at the end I was maybe being a little careful I didn’t want to lose it.”

Below are the complete results from Saturday’s racing:

Next stop on the tour is July 29 at Grand Niagara.