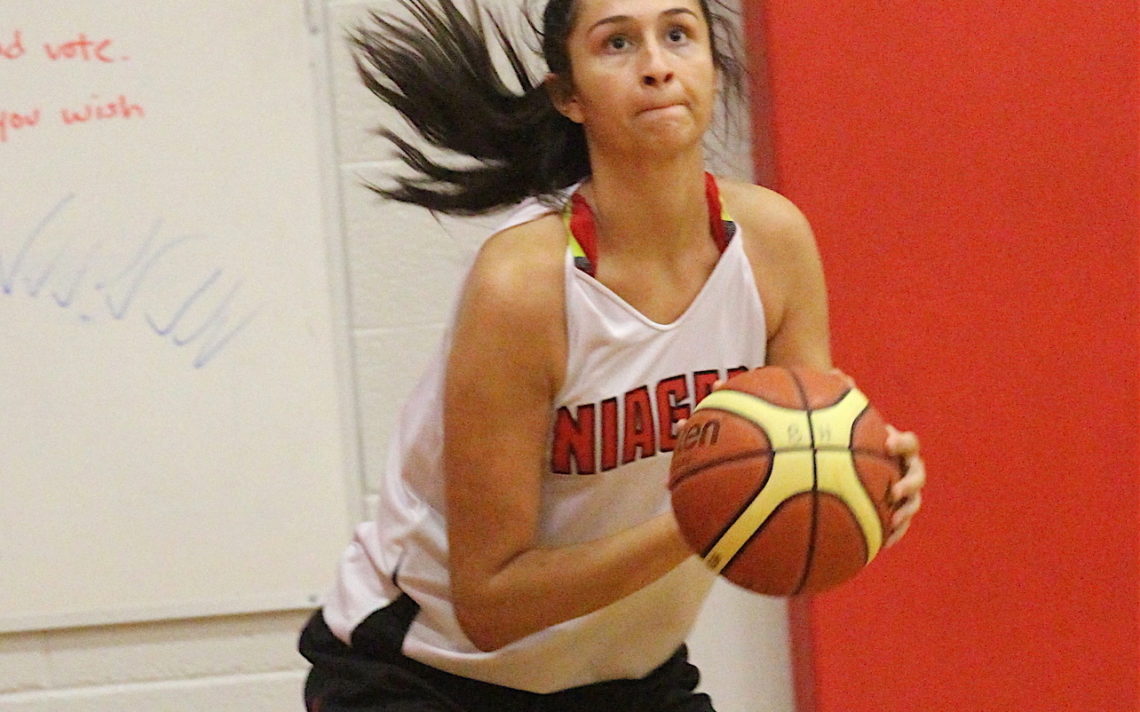 Hoopster eyes Team Ontario and beyond

One year later, the 16-year-old is a member of a Team Ontario under-17 squad that features six national team members. 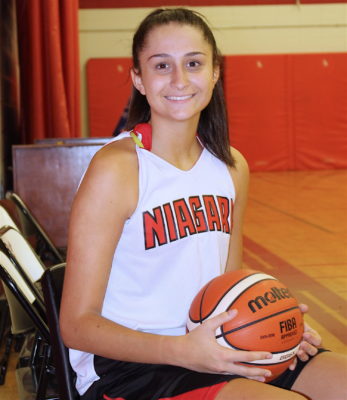 She was told the news by the team’s coaching staff in a change room.

“I was so ecstatic and I didn’t expect it at first,” the Grade 10 student at A.N. Myer Secondary School said. “When they said it, it was Oh my God.

“She is probably one of the most athletic kids in the region and she does everything. She dribbles, shoots, passes, defends and rebounds,” he said. “I had a feeling she was going to make it (Team Ontario) and I was glad she did.”

The 5-foot-11 player is excited about the entire process which will be a whirlwind of training and eight tournaments. The experience will end after the national championships during the first weekend of August.

“I am looking forward to all the different types of training,” the Niagara Falls native said. “It is going to help improve my skills and stuff.” 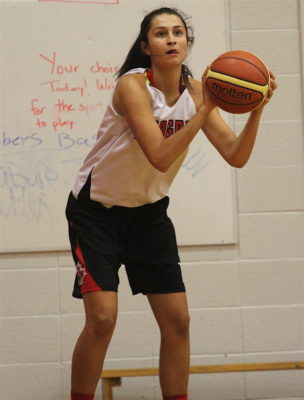 Keltos has already seen a lot of improvement in Colavecchia in the three or four months she has played on the JUEL team. Last season, she was on a JUEL Prep team that made the league championship game.

“She is in Grade 10, but she has gone to almost being a leader on the floor,” he said. “She wants to be put in tough situations, she wants to defend the best player and she wants to be in at crunch time.

“To watch the growth has been awesome. She is a competitor and she’ s fun to watch.”

For Niagara JUEL, Colavecchia has played at the point and post and everywhere in between, depending on matchups, foul trouble and whatever else is happening during the game.

“We came put her anywhere,” Keltos said. “She can play any spot on the floor right now pretty decently.”

Colavecchia feels her biggest improvement has come in her foot speed and defence. 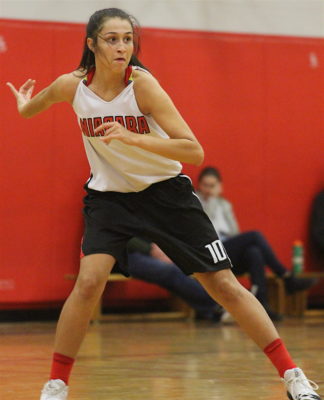 “The coaches have been working with me on my help defence and it has really helped,” she said.

Those improved weapons had made her  ask to guard the other teams’ best offensive threats.

“I have always really liked that and on my previous teams I wanted to match up against the best player to put my skills to the test and improve myself,” Colavecchia said.

She has also benefitted from some physical changes. Since Grade 8 when she starred with a Niagara Rangers squad that won an Ontario Basketball Association Division 1 championship, she has grown four inches. It has come in handy when she matches up against players who are as big or bigger than her. But it’s not enough in itself.

“I have had to work on my ball handling a lot more because girls have caught up to my height,” she said. “Before I could just drive and nothing would happen. Now I have to counter and stuff.”

Colavecchia knows she is far from a finished product and has no plans to let up.

“I am going to keep training my hardest and doing what I do all the time and hopefully I will get a scholarship somewhere in the States.”

Keltos believes that goal could become a reality and projects her as a mismatch nightmare for opponents at either shooting guard or small forward. 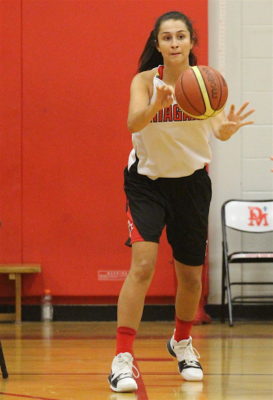 “I think she has a legitimate shot at playing wherever she wants,” he said. “It just depends on what she wants whether it’s Canada or the U.S.”

“With her work habits and where she is at right now, she definitely has a legitimate shot.”

She also possesses one final attribute which helps her succeed.

“She is always listening,” Keltos said. “In practice, she absorbs everything and it doesn’t matter which coach is talking to her. She just wants to get better all the time.”

This fall, Colavecchia will be playing with the Ontario Scholastic Basketball Association team playing its first season out of A.N. Myer.

“I am really looking forward to that,” she said. “I love the girls and the training. I have worked with Dave (coach Picton) before and he is a really good coach. He improved my game a lot in the summer.”

Where basketball takes her, it will be a labour of love.

“I really love being in the environment and the feeling playing basketball gives me,” she said. “It gets me out of my stresses.”