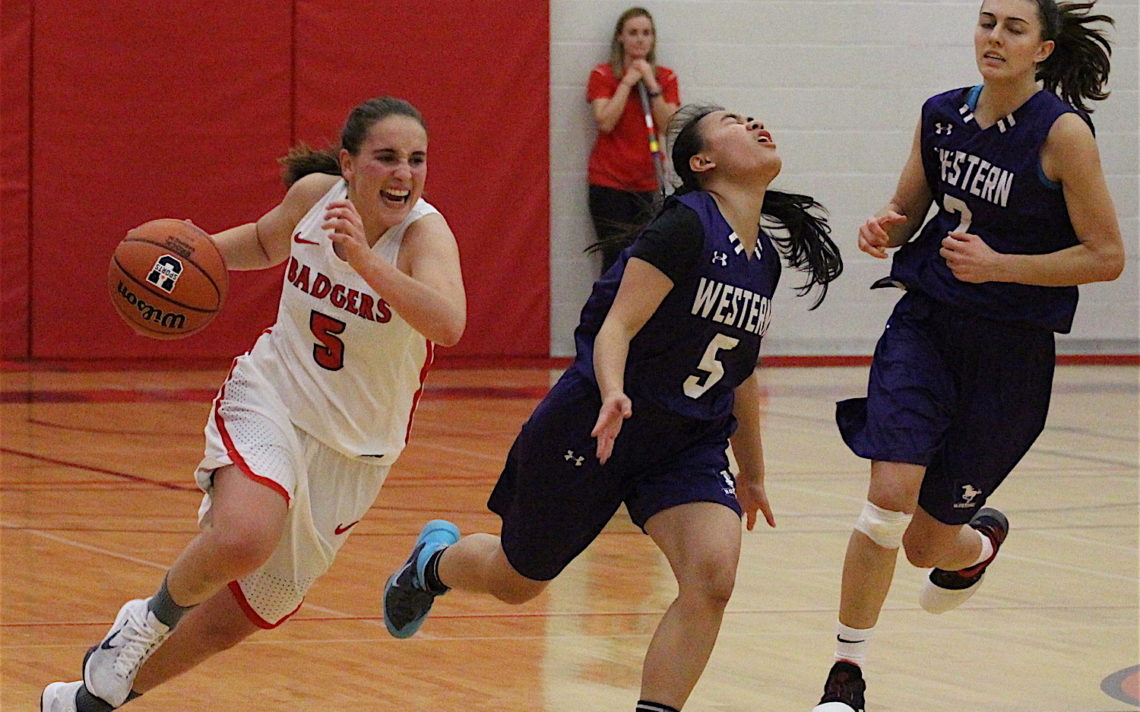 The Brock Badgers women’s basketball team celebrated its season-opening 62-53 win over the Western Mustangs Wednesday night like it had won the national championship.

They hugged and jumped on each other at centre court and shouted “Whose house, our house,” as they waited to get into their dressing room after the game.

Their jubilation was understandable considering they had just suffered through an 0-6 preseason.

“They work so hard and I can keep telling them that I believe in them, but to see them finally put it together for four quarters is a nice feeling,” Brock head coach Ashley MacSporran said. “They are so young.” 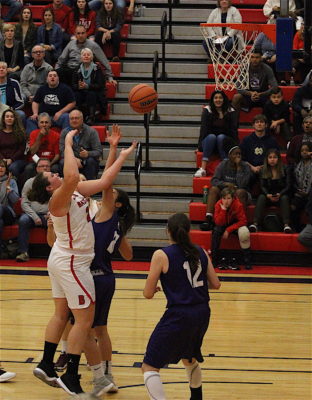 Brock’s coach was just as excited as her team.

“It has been a tough three weeks for them,” she said. “I got after them after our alumni game and they had to learn some lessons as a team and they answered the call.”

Fourth-year forward Courtney McPherson played a big role in the win with six points and 14 rebounds.

“She changes the game,” MacSporran said. “It (stats) said she had six offensive rebounds but it felt like 20. She just knows where to be.”

The 22-year-old McPherson could barely contain her excitement after the game.

“It’s such a good feeling that I have chills,” the Welland native said, pointing to her arms. “I was nervous coming in being the oldest girl on the team and having the expectations.”

The excitement built for the Badgers as the game went along.

“We all worked our butts off and we were all cheering on the bench during the game,” McPherson said. “It took a long time to get there and being a young team, we are so excited. We just want to make Ashley proud and make ourselves proud.” 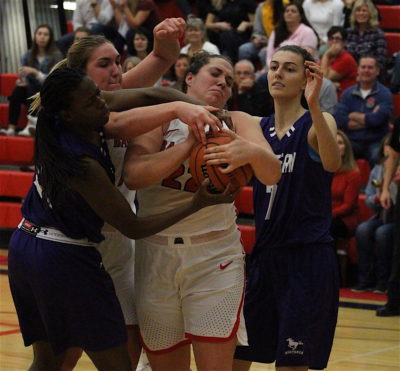 The 5-foot-10 player came to Brock after one year of redshirting at the University of Ottawa and three years at Niagara College.

She was drawn to the St. Catharines university by MacSporran and a chance to play at home.

“I don’t want to say it was just Ashley but having a change in coaches brought a new perspective and a new goal,” she said. “She brought in new stuff, new girls and I wanted to achieve her goal with her.”

McPherson has found a big difference between college and university basketball.

“It’s a lot more faster and there’s a lot more contact,” she said. “But I love it and I am not afraid of contact.”

She enjoyed her time at Niagara College but felt like she needed to go somewhere else for her final two years of eligibility.

“I wanted a change and I wanted to try something different,” she said. “It’s a young team and everyone is so ambitious.” 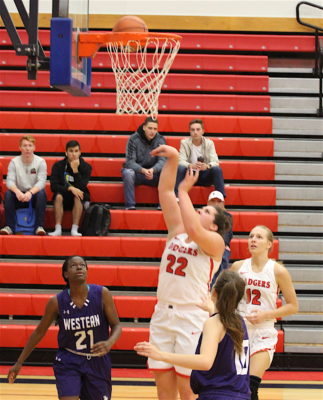 Western took a 43-39 lead into the fourth quarter and after five lead changes, Brock took over thanks to the play of second-year point guard Ana Caldeira Rua. In a span of a little more than three minutes, the native of Lisbon, Portugal, had two huge defensive rebounds and five assists. She finished the game with a double-double consisting of 15 points and 10 assists.

“She just takes over,” MacSporran said. “That’s her style as a point guard. She is so crafty with the ball.”

Up next: Brock hosts Laurier Saturday at 2 p.m.