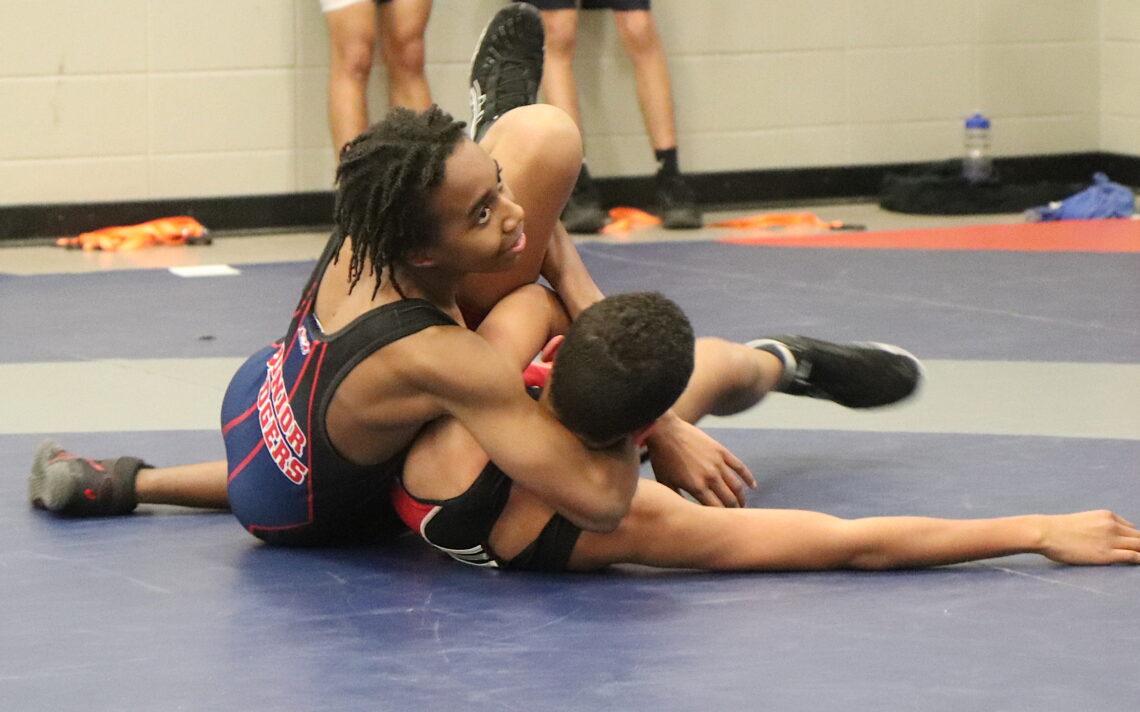 Ezekiel Ivri has been a welcome addition to the A.N. Myer Marauders wrestling team.

The Grade 10 student didn’t join the team last year at the start because he had a finger injury. While he was recovering, high school wrestling was cancelled because of the COVID-19 pandemic.

“He is a gifted athlete who has been training at Brock for a couple of years. He came to us with a lot of abilities and a lot of experience,” Myer wrestling coach Gary MacDonald said. “We are blessed to have that kind of athlete because he not only wrestles for us but he helps train the younger kids and less-experienced athletes. He is very generous with his time.”

So far this high school season, Ivri has one close loss after four tournaments and several small dual meets. He has won the St. Thomas More, Blessed Trinity and Craig Kielburger tournaments.

Recently, the 15-year-old Niagara-on-the-Lake native was selected to represent Niagara at the Ontario Winter Games Feb. 9-11 in Ottawa.

Athletes were chosen based on their performances at a tournament and a camp in December, followed by wrestle-offs at the various weight classes. The Games are for athletes in Grade 7 to Grade 10.

Ivri will be competing at 47 kilograms.

“I coached him at the Ontario Winter Game trials and he is very feisty, very technical and he shows a lot of heart when he wrestles,” Winter Games regional head coach Megan Schweitzer said.

Ivri also has an impressive wrestling resume. He has won gold and silver medals at the provincial championships, was second at the Canada East tournament, and has qualified twice for the national championships, including this season.

He has big goals for this season.

“I want to win SOSSA (Southern Ontario Secondary Schools Association) and OFSAA (Ontario Federation of School Athletic Associations Ontario University Athletics), I want to win at the Winter Games and I want to win nationals or at least be on the podium.”

Ivri has been wrestling since he was five years old.

“My dad signed me up for jiu jitsu and after that guy went out of business, I still wanted to do martial arts so he put me into Brock (Junior Badgers). I was technically too young to start but they let me join.”

He has been with the Junior Badgers since he was five and is progressing well in the sport.

“Maybe I can get a scholarship. I am just hoping to go as far as I can with it but I also play soccer.”

“It is great for endurance especially.”

He is a big fan of wrestling.

“It is very competitive and it is good to build your mindset. You have to have a winning mindset going into each match.” 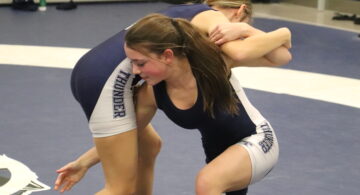 The wrestling life of Ryleigh